Tibet (Xizang), known as the 'Roof of the World', has become a dream destination for climbers, adventurers, and regular tourists from all over the world. Visitors are guaranteed to enjoy the enthralling year-round snow mountains, mysterious religions, exotic customs, and spectacular inhabitants of Tibet. Tibet covers an area of over 120 square kilometers, making it the second-largest region in China after the Xinjiang Province. However, due to adverse conditions, this broad land is only inhabited by 3.4 million people, giving it the smallest density of population of all the provincial administrative regions in China. Tibetans constitute over 90% of the population and spread across Tibet. Other nationalities like Han, Hui, Mongol, Menpa also inhabit the entire Tibet but are mainly found in Lhasa, Shigatse, and other cities. 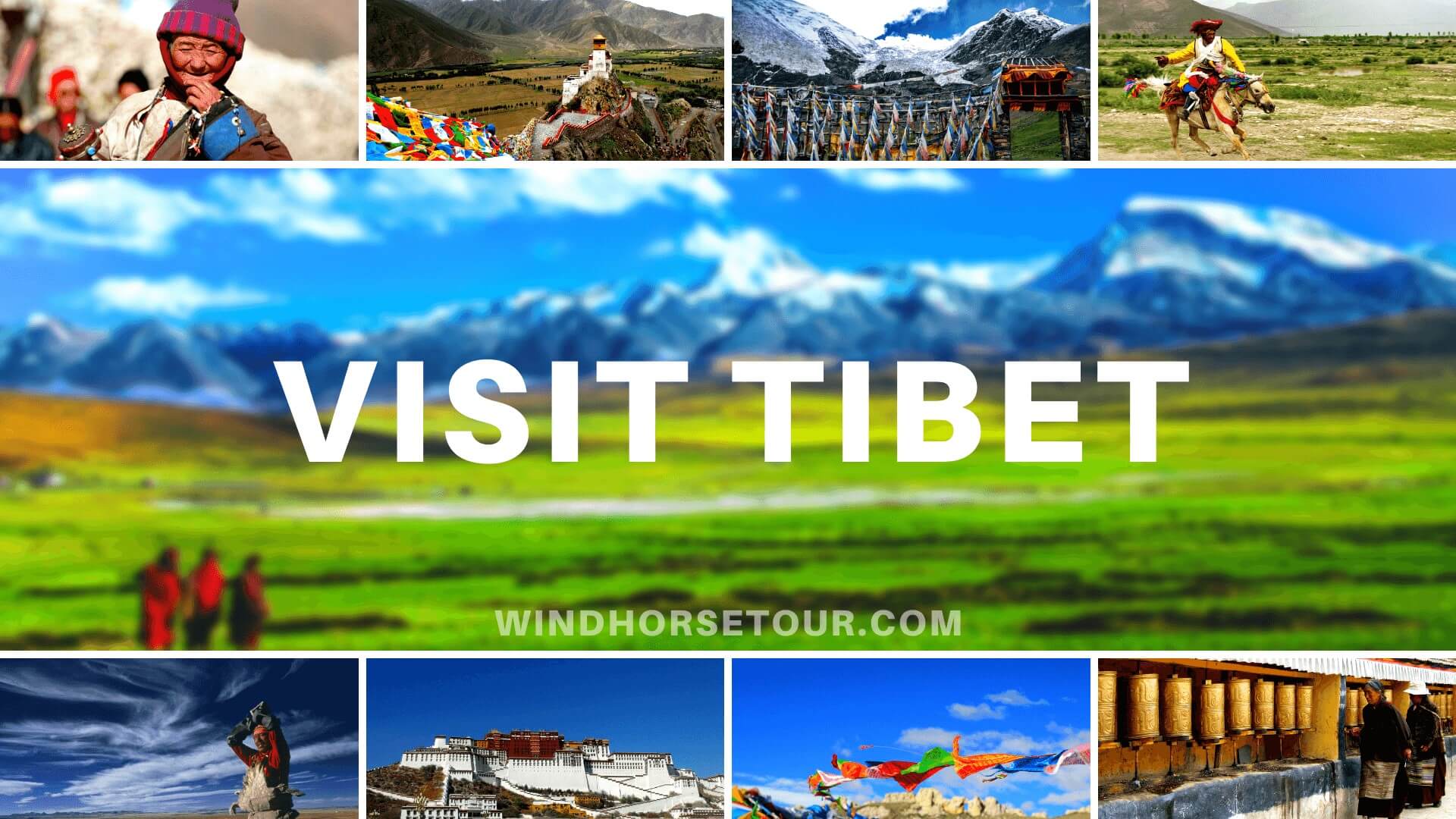 The physiognomy of Tibet is very complicated and varied. In the north lies a high plateau surrounded by Mount Nyainqentanglha, Karakoram Mountains, and Gangdise, while the huge Himalayas range extends through the south. In the east lies another smaller continuous mountain range, Mt Hengduan, which separates Tibet from inner China. Various landscapes composed of basins, plains, canyons, valleys, lakes, rivers, and glaciers form in the low areas of Tibet. Tibet is the headstream of many large rivers such as China's Yangtze River, Yellow River, Yarlung Tsangpo River (Brahmaputra), Jinsha River, Nu River (Salween), Lancang River (Mekong), and India's Indus and Ganges. Over 1,500 lakes are sprinkled over Tibet, of which most are located on the northern plateau, making it the area in China with the highest lake density and earning it the reputation of being the 'Hometown of Lakes'. The Karola Glacier is also a natural wonder that has conquered the hearts of many tourists. 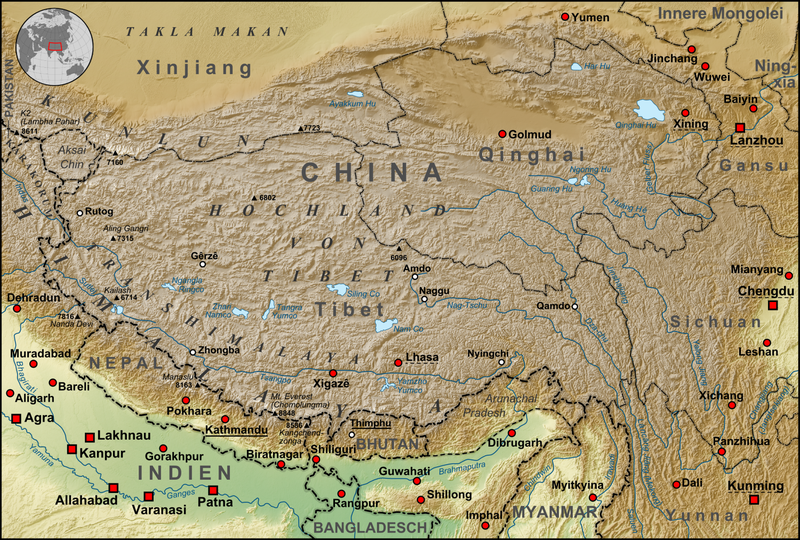 Traditionally, Tibet can be divided into Ü-Tsang in central Tibet, Amdo in the north-east, Kham in the east, and Ngari (including former Guge kingdom) in the north-west with different dialects.  Geographically Ü-Tsang covered the south-central of the Tibetan cultural area, including the Yarlung Tsangpo River Valley. The western districts surrounding and extending past Mount Kailash are included in Ngari and much of the vast Changthang plateau to the north. The Himalayas defined Ü-Tsang's southern border. The present Tibet Autonomous Region corresponds approximately to what was ancient Ü-Tsang, Ngari, and western Kham.

Politically, the Tibet Autonomous Region is divided into 7 prefecture-level divisions, 6 of them are prefecture-level cities and one is prefecture. They are Lhasa city, Shigatse City, Chamdo City. Nyingchi City, Shannan City, Nagqu City, and Ngari Prefecture.

Lhasa, as the capital of Tibet, is showcased in its dense cultural and spiritual atmosphere. Situated at the altitude of 3,656 meters, it enjoys adorable weather with countless sunny days, sparse rainfall, no severe cold in winter nor hot in summer. The sunshine time is more than 3,000 hours throughout the year, hence the name the ‘Sunlight City’. 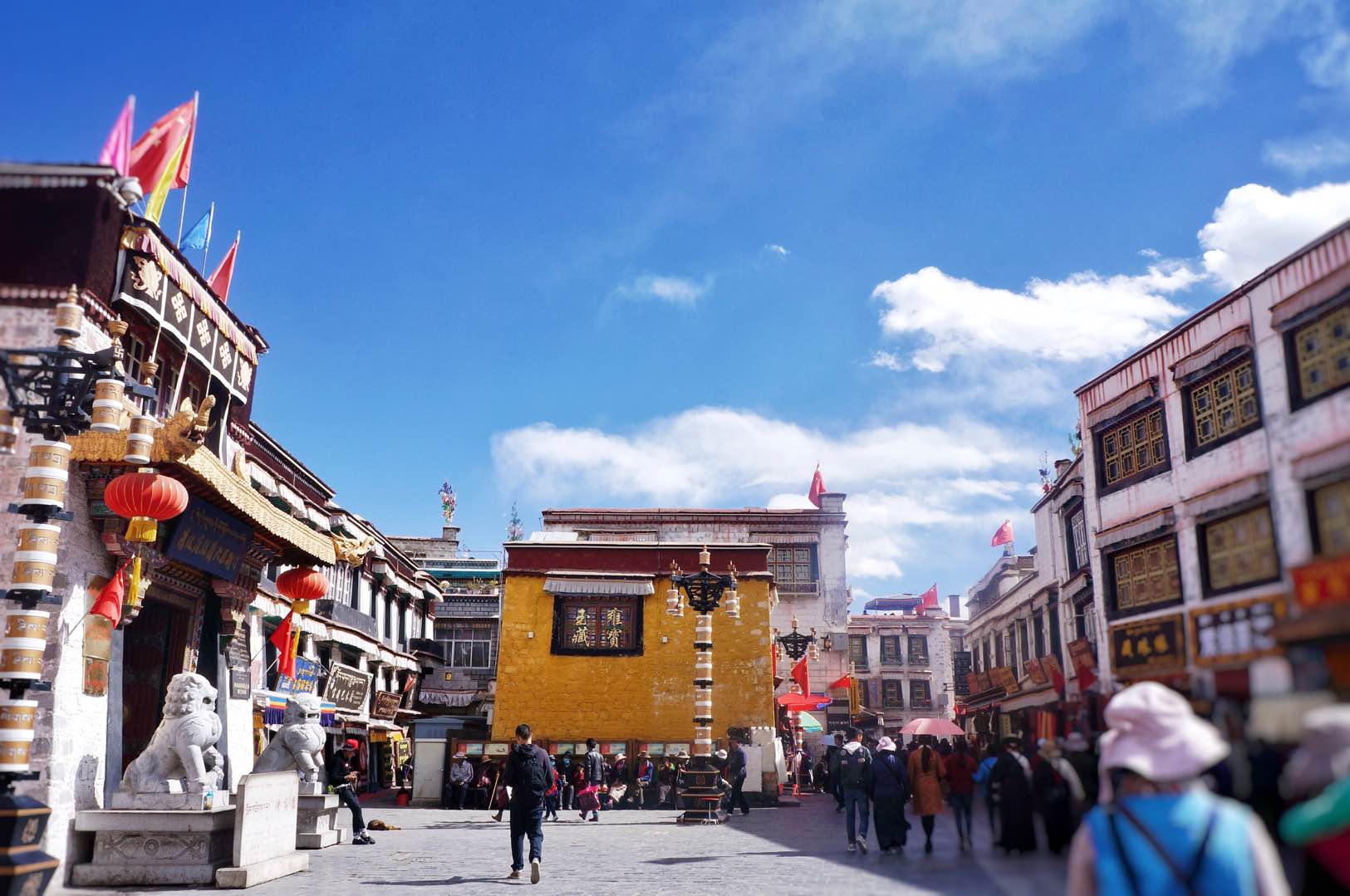 Ü in central Tibet and Tsang from the west of Gambala Mountain to the border with Nepal forms Central Tibet Ü-Tsang, which is the heartland of the Tibetan people. Here you can see almost all the landscapes that you’ll find across the Tibet Plateau, from soaring snow-capped mountains and deep valleys to alpine plains, stunning lakes, and meandering rivers. Closer to Lhasa, Ü-Tsang offers the first taste of rural Tibet and great hiking opportunities, from day hikes and monastery koras to several days treks. It is the traditional power center of Tibet, having the oldest buildings and the most historic monasteries.

With an average altitude of over 4,500m (14,764 ft.), Ngari (also known as far western Tibet), undoubtedly,  is the roof of Tibet Plateau. As a place with a vast territory, but sparsely populated, it is considered as one of the most inaccessible and remotest corners of Asia. If you want to have a little more adventure in your life, it is the ideal place to challenge yourself with lots of wilderness activities for you to experience. Stepping into this area, you will definitely be shocked by the stunning views including the continuous snow-capped mountain, vast grasslands with wildlife grazing casually, the magnificent but lost civilization - the Guge Kingdom and the rapidly disappearing nomadic life at the far northern Changtang.

Eastern Tibet (Kham), is a place completely different from what you have known about Tibet. Here you can see a variety of landscapes including rugged snow-capped mountains with colorful prayer flags, deep gorges cut by fast-flowing rivers, boundless grasslands dotted with yaks and nomads camp, immense unspoiled rainforests with various plants. The scenery, especially in Nyingchi, often resembles the Swiss Alps more than the high Tibetan Plateau. 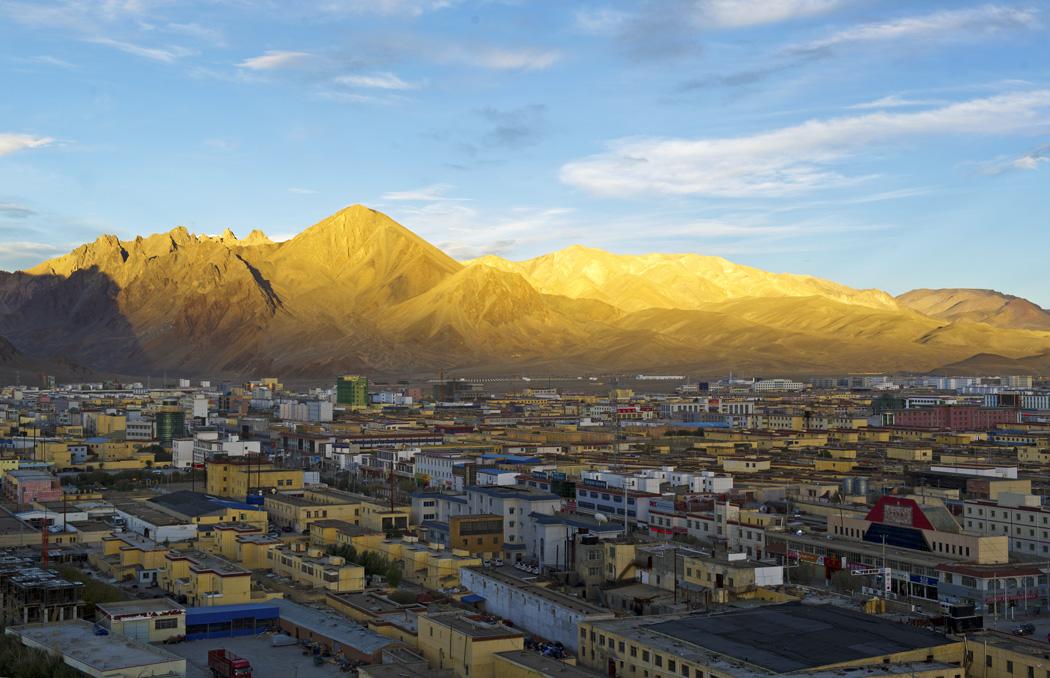 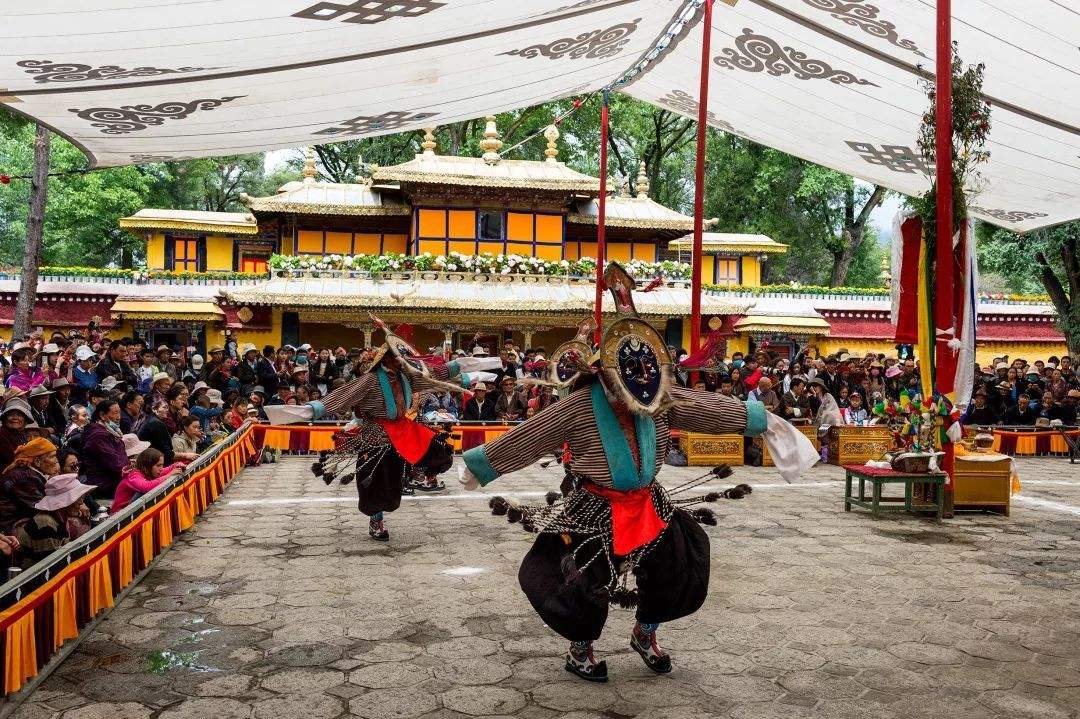 Tibet is a mysterious land featured with unique cultures and appealing folk customs. Except for its World Heritage Sites, there are still dozens of other historical and cultural relics and atmospheric temples/monasteries for travelers to explore. In Lhasa and its nearby, you may extend your sightseeing by visiting the three greatest monasteries of Gelugpa - Drepung, Ganden and Sera. For those desiring to learn about Tibet culture in-depth, you may have a few days excursion trip to some of the cultural relics like Yungbulakang Palace, Samye Monastery, Tsurphu Monastery, Reting Monastery, Gyantse Kumbum, Tashilhunpo Monastery, Sakya Monastery. 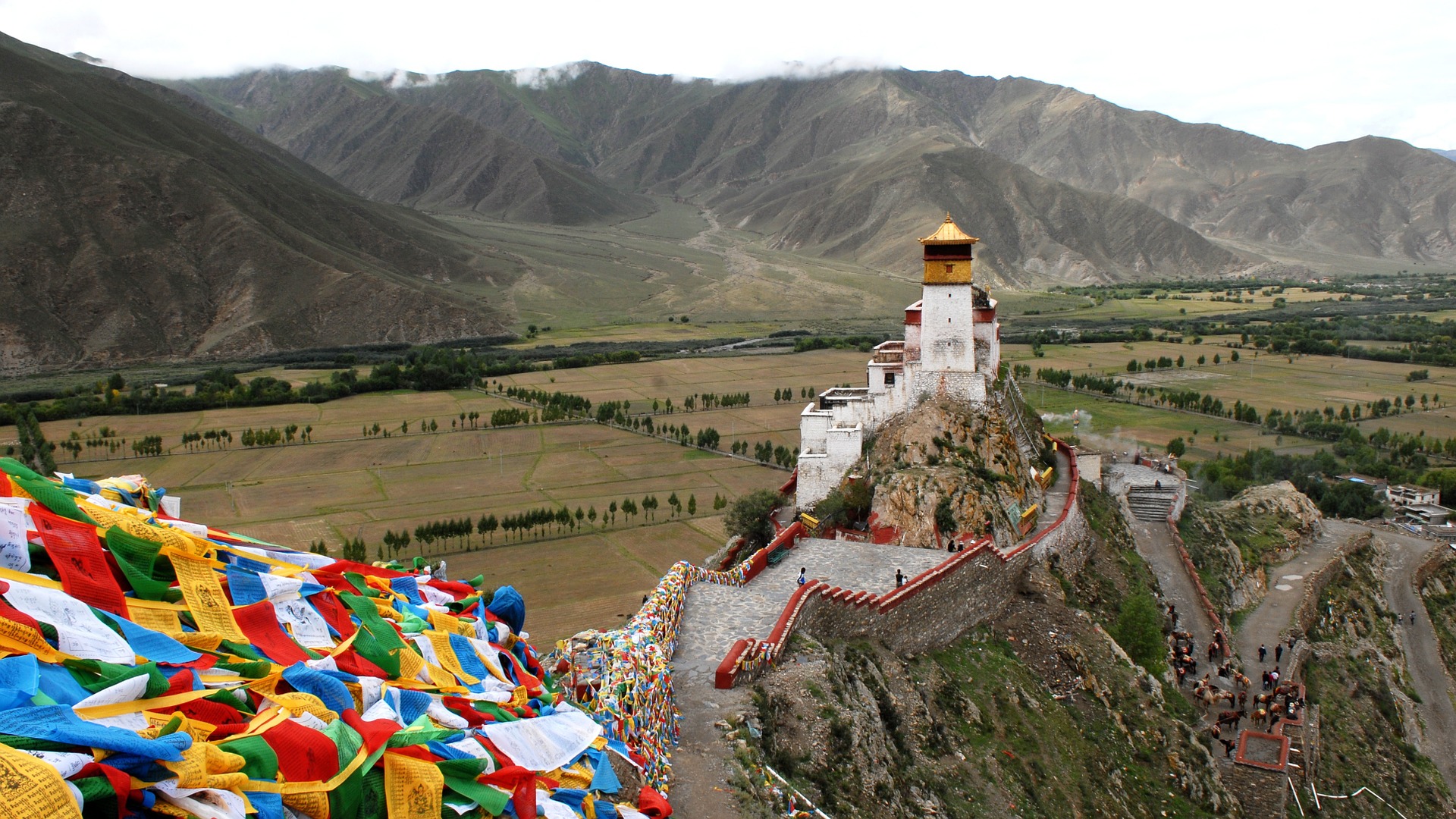 Tibet is a land offering breathtaking landscapes like spectacular snow-capped mountains, boundless grasslands, stunning alpine lakes, raging rivers, and deep valleys/gorges. There are over 1500 lakes in Tibet with many types, including salt lakes and freshwater lakes, it is the region with the most lakes in China, many lakes are worshiped by the local Tibetans as the sacred lake. All lakes offer beautiful and stunning scenery, lakes are surrounded by snow-capped mountains. Famous lakes here includes Namtso Lake in its north, Yamdrok Tso Lake along the southern route of the classic China-Nepal Friendship Highway, the holy Lake Manasarovar on its far west, the beautiful Basum Tso Lake and Rawok Tso Lake along the southern route of Sichuan-Tibet Highway, etc. Every year, these lakes attract thousands of tourists to admire their beauty. 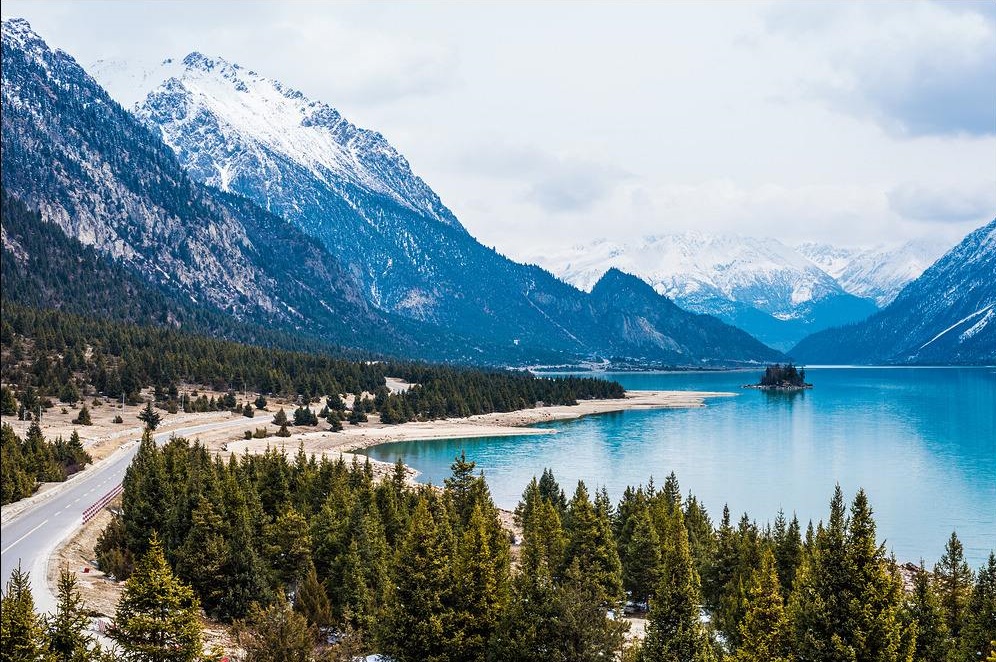 As the roof of the world, lots of the world-famous mountains stand there. The world's highest mountain range - Himalayas ranges runs from the east to west on the southern edge of Tibet. It has over 50 mountain peaks at the altitude of more than 7,000 meters and 11 mountain peaks at the elevation of more than 8,000 meters. The world's highest mountain - Mt Everest also belongs to the Himalayas ranges. The Gangdise- Nyechen Tanglha Mountain range lies in the middle of Tibetan Plateau, among them, you can have challenging trekking along with the Kora of the most sacred Mt Kailash. The Karakoram - Tanggula Mountains runs from west to east on the northern edge of Tibet, the highest peak of Tanggula Mountains, Gladandong Peak, at the elevation of 6,621 meters, is the birthplace of China’s largest and longest river - Yangtze River. The Hengduan Mountains runs from north to south on the southeast of Tibet, it consists of steep peaks and deep valleys/gorges and several turbulent rivers like Jinsha River, Dadu River, Lancang River, Nu River, etc. flow through the mountain ranges. 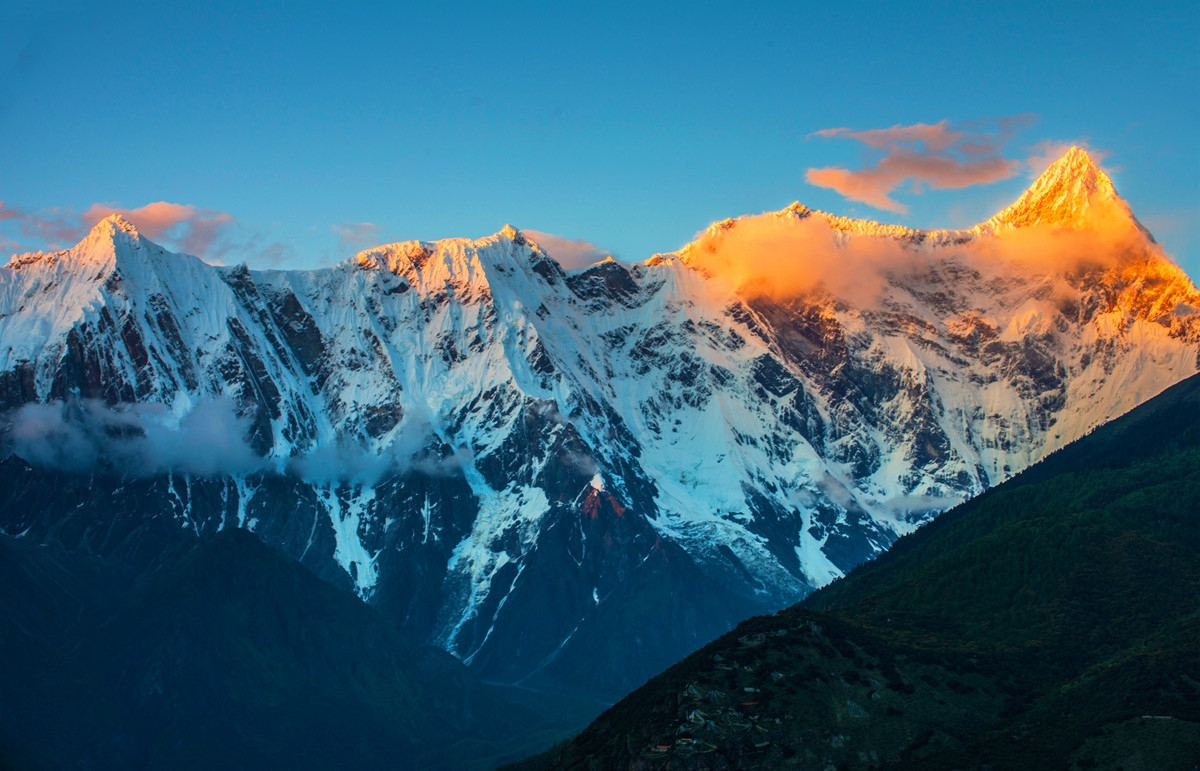 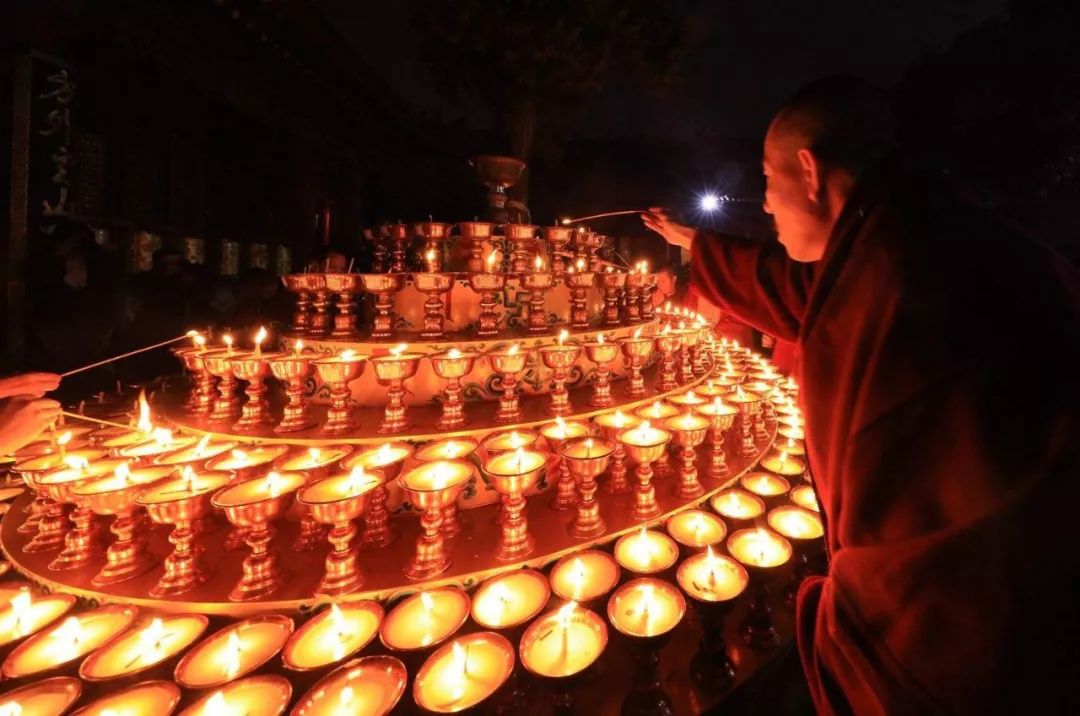 The travel to Tibet offers you a visual feast with spectacular landscapes, atmospheric temples/monasteries, and unique folk customs. We offer various trips from Tibet group tour to private Tibet tours, from 4 days to over 20 days. If you are not interested in the pre-designed tours, please don’t hesitate to share your travel plan with us directly!