The Pelkor Chode (Palcho) Monastery (3,900m), with a fusion of Han, Tibetan, and Nepali architecture, is very different from other monasteries, housing an actual amount of 76 monks currently, of which the Gelug sect of 43, Sakya sect of 21, Shalu sect of 12, lying about 230 kilometers (143 miles) south of Lhasa and 100 kilometers (62 miles) east of Shigatse at the foot of Dzong Hill. Tourists usually take an overland tour from Lhasa to Gyantse via Yamdrok Lake to visit this monastery. It is composed of temples, Kumbum, dratsangs and fort walls, wheel-prayer cloisters, and other religious sites.

Pelkor Chode Monastery, co-chairing built by Prince Rabten Kunzang Phak and 1st Panchen Lama Kedrub Je in the first half of the 15th century (1418-1436), is a kind of typical Tibetan Buddhism monastery architecture combined stupa and temple, with temples in the stupa, stupas in the temple. The stupas and temples stay harmoniously and bring out the best in each other. Its architecture fully represents a typical style of monasteries from the thirteenth century to the fifteenth century in Later Tibetan area, which is also the unique monasteries with both the temple and stupa being kept well today even after having gone through two times massive destruction (British invasion in 1904 & Cultural Revolution in 1959). Hence, it is reputed as a monument of architecture.

The Palcho Monastery (meaning lucky and happy monastery) has a Chinese name Baiju Monastery. It has two features: there are three classes of Buddhism (Sakyas, Gedang and Gelugpa) existing harmoniously in this monastery. Those three classes of Buddhism had experienced repulsion and rivalry for a long time, peaceful with each other. Both the oblation and the architecture style in the monastery embrace and adopt good points from all quarters.

Palcho also features its 'Bodhi stupa', or 'Kumbum' in Tibetan. Deemed as the symbol of the monastery, the spectacular 'stupa' consists of hundreds of chapels in layers, housing about a hundred thousand images of various icons. These icons include Buddhas, Bodhisattvas, Vajras, Dharma Kings, Arhats, Disciples, great adepts of different orders in Tibetan Buddhist history, and outstanding figures in Tibetan history such as Songtsen Gampo and Trisong Detsen. In total there are about 3,000 statues, so people often call it 'Myriad Buddha Stupa ', but not its formal name. 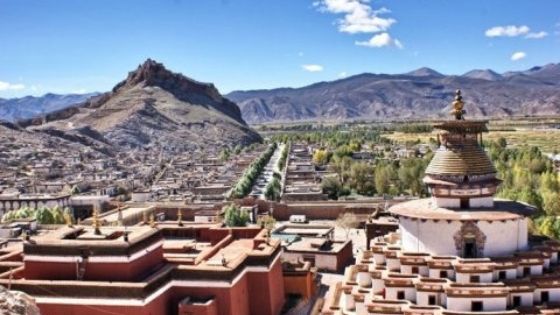 Gyantse Kumbum (Myriad Buddha Stupa), started to be built in 1418 and sitting inside the Pelkor Chode Monastery, is this town’s foremost attraction and a must-see attraction of this Monastery. This nine tiers, gold-topped, and white building is 32 meters high with a total of 108 gates, 77 chapels, shrines and assembly hall, it is a unique treasure in the history of Chinese architecture. Praised as a museum of Buddha statues, there are thousands of statues of mud, copper and gold sculptures of Buddha in the Kumbum.

The main assembly hall of Pelkor Chode Monastery, called ‘Tsochen Hall’, is a 3-story building. The ground floor is mainly a Chanting Hall with 48 columns decorated with aged-old silk "thangkas`. In the left wall on the north side, there is an 8-meter-high bronze statue of Sakyamuni. The 2nd floor enshrines several Buddha statues in the chapels including Bodhisattva Manjushri and Arhats. The 3rd floor collects many cultural relics such as Buddha statues, Thangkas, murals, rituals, Buddhist scriptures, about 100 pieces of Tibetan opera costumes sewn with tapestry, embroidery, brocade and other silk produced in the mainland of China during the Ming and Qing Dynasties. 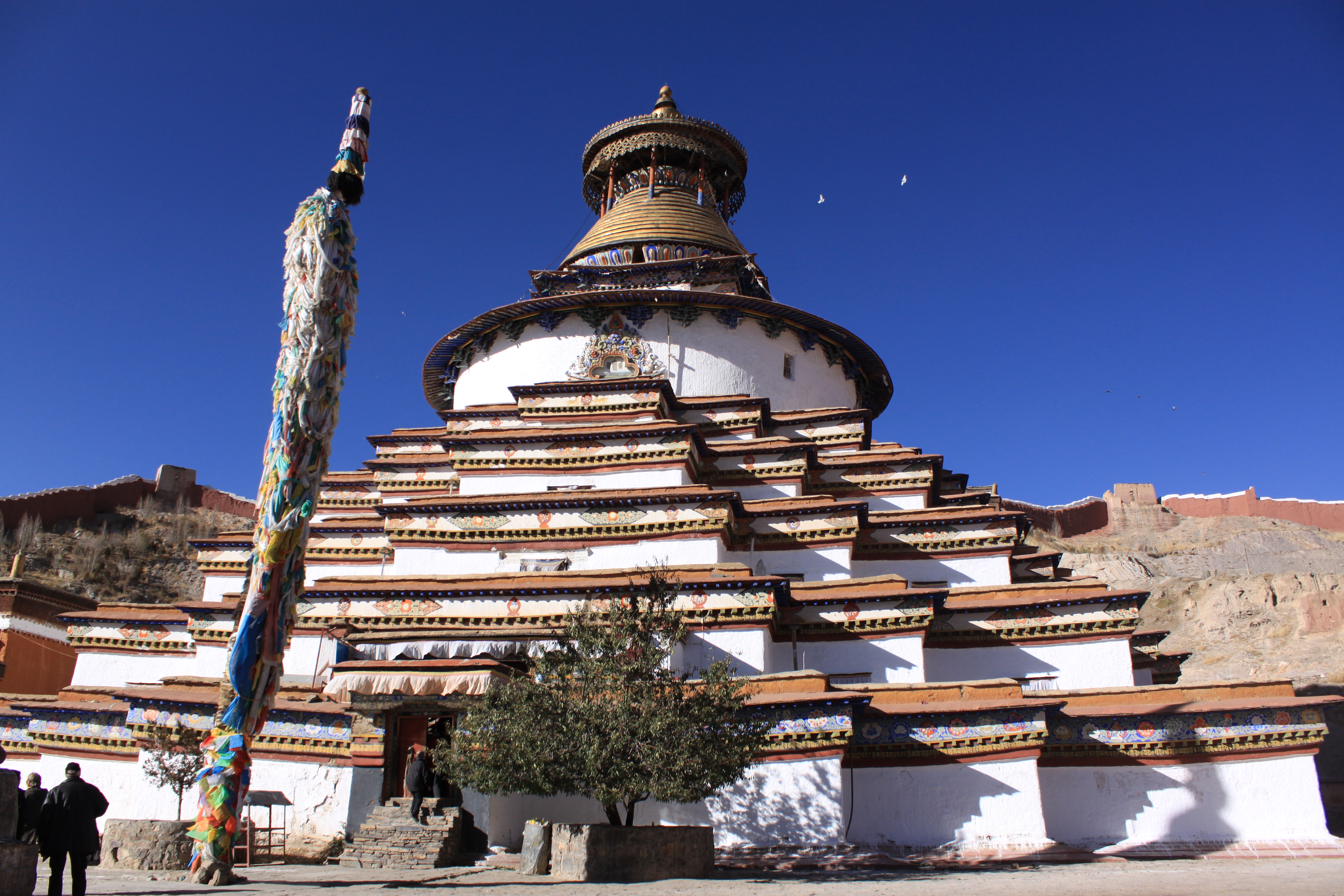