Ganden Monastery is one of “the great three” Gelugpa monasteries in Tibet, the others are Drepung Monastery and Sera Monastery, both of which are located in the Lhasa city. For that reason, it is definitely one of the most remarkable places to see on your tours to Tibet.

Ganden Monastery is a great choice for those who have only limited time for one monastery excursion outside Lhasa in their tours to Tibet. Not vanished with the time, Ganden still occupies an important position in the history of Tibetan Buddhism, and it’s definitely an experience unlike the other major Gelugpa monasteries in the Lhasa area, with its picturesque views of the surrounding Kyi-chu valley and fascinating Kora.

About 50KM (31 mi.) northeast of Lhasa, Ganden Monastery is situated atop of the Wangbur Ri Mountain with an altitude of 3,800m (11,2467 ft.) above the sea level. It was the first monastery established by the founder of Gelugpa Sect, Tsongkhapa himself in 1409. Since the disciples of this sect always wear yellow hats, thus it is also widely renowned as the Yellow Hat Sect. When Tsongkhapa died in 1411, his preserved body was buried there in silver and gold-encrusted tomb, and the abbot of the monastery passed it to his first two disciples, Khedrub Je and Gyaltsab Je, who flanked the images of Tsongkhapa throughout the monastery. From that time forth, Ganden Monastery has become the main seat of Gelug administrative and political power.

There are generally two principal original colleges in Ganden Monastery, Jangtse, and Shartse, meaning North Peak and East Peak respectively. Even though it’s considered to be the smallest one among “the great three”, the monastery still remains three times as large as the Potala Palace.  It used to house about 4000 monks, but today there are just about 200 - 300 monks.

The Tibetan word “Ganden” came from the name of the Western Paradise, which means joyous,  it’s the dwelling place of Jampa, which is the Future Buddha. The head of the Gelugpa order came to be known as the Ganden Tripa, and what’s interesting is that this post was earned through scholarly merit, not reincarnation. Ganden Monastery is the place where the successive Ganden Tripa lived. And more than 90 Ganden Tripas’ pagoda and many cultural relics, murals, silk weaving Thangkas, etc. are preserved here.

It is composed of over 50 building complexes, including Tsokchen Assembly Hall, the tomb of Tsongkhapa, the Ngam Cho Khang, Chapel of Jampa, Gomde Khang, Barkhang (Printing Press), the Residence of Ganden Tripa, Kangtsangs, debating courtyard, Tratsangs, and Myicuns. 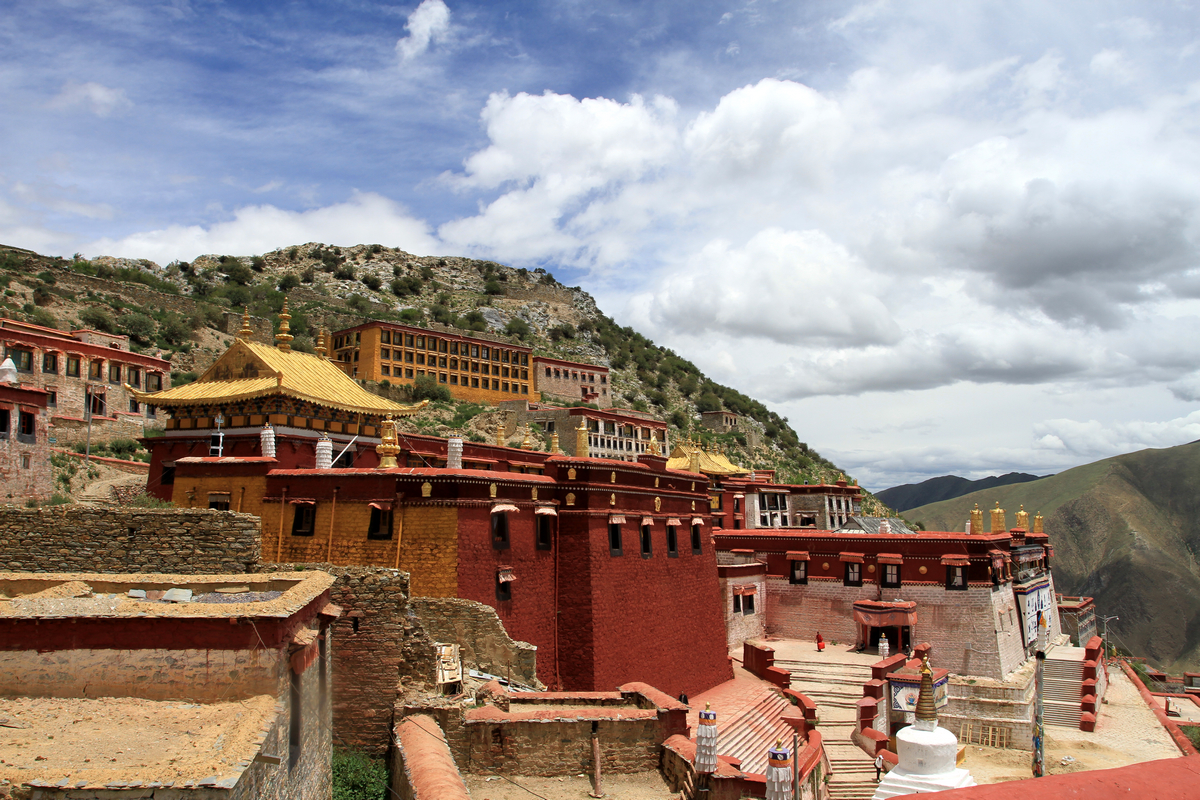 The Ganden Thangka Unveiling Festival (Buddha Painting Unfolding Festival) annually takes place on every 15th of the 6th month of Tibetan Calendar (normally late July or early August of Gregorian Calendar). It is one of the important festivals for local Tibetans. This day of every year, thousands of local people, dressing traditionally, arrive in the early morning of pre-dawn and climb the walls and sitting on the hillside to await the biggest event of that day: the unveiling of the gigantic Thangka, a huge hand-woven tapestry painted with Grand Buddha image.

The Ganden Nga Choe Festival (Lotus Lantern Festival) has been celebrated since Great Gelugpa founder Tsongkhapa's death on October 25, 1419 of Tibetan Calendar (normally late November or early December of Gregorian Calendar). From then on, his followers celebrate the day as his death anniversary for commemorating their reverend teacher, gradually it is celebrated in the entire Tibet. On that day Tibetans light butter lamps on their roof and pray for him, and the monasteries also light thousands of butter lamps all around the monasteries and all monks gather in the main assembly hall to pray.

Things to do at Ganden Monastery:

Ganden Monastery is also well-known for its Kora. There actually are two parts to the walk, the high kora, and the low kora. No matter which Kora you choose, enjoy the superb views over the braided Kyi-chu valley along the way and see large numbers of pilgrims and monks offering prayers, rubbing holy rocks and prostrating themselves along the path.

The walk along the high Kora follows the path southeast of the parking area. After a short walk, the trail splits into 2 paths, the left path leads to Hepu village, the starting point of the fascinating Ganden Samye trek, the right path zigzags up to the top of the ridge with a 40-minute tough climbing, then head west down the ridge to join up the lower Kora. The lower Kora is an easier walk of about 45 minutes. 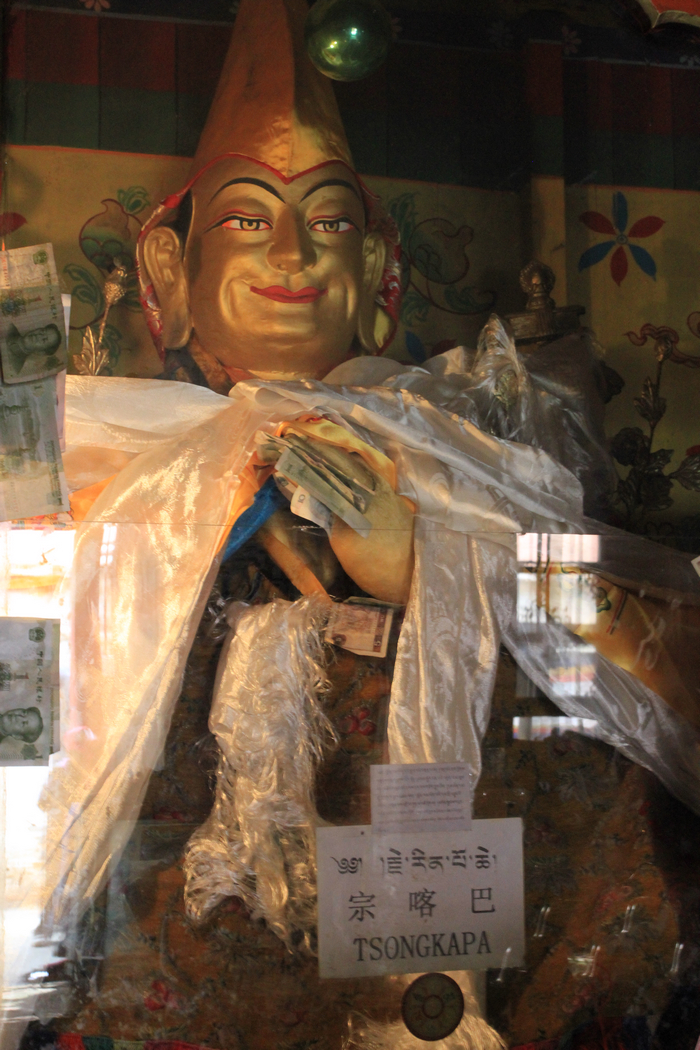