Lake Basum-Tso (also called Draksum-Tso) is a stunning highland lake lying 90 kilometers west of Kongpo Gymdo County. Basum has another Tibetan name, Tsokou, which means 'green water' in Tibetan. Besides offering awesome views, many glaciers on the upper reaches of the lake provide it with a constant supply of freshwater.

Basum-Tso is about 4 to 5 hours’ drive from Lhasa and 2 to 2.5 hours’ drive from Nyingchi. It is about 18 kilometers long, 120 meters at its deepest point, and 3,480 meters above sea level. Covering 27 square kilometers, the pristine waters of the green lake reflect the picturesque snow-capped peaks surrounding the lake. The entire area around Basum Lake is so beautiful that thoughts of the inspiring Swiss Alps come to mind as one stands on the shoreline of this majestic lake. Fish are shoaling in the water, birds are circling in the air, and beasts are roaming in the nearby forest. Animals are living a comfortable and easy life in Basum. In 1997, the lake was listed by the World Tourism Organization as a world tourist site. 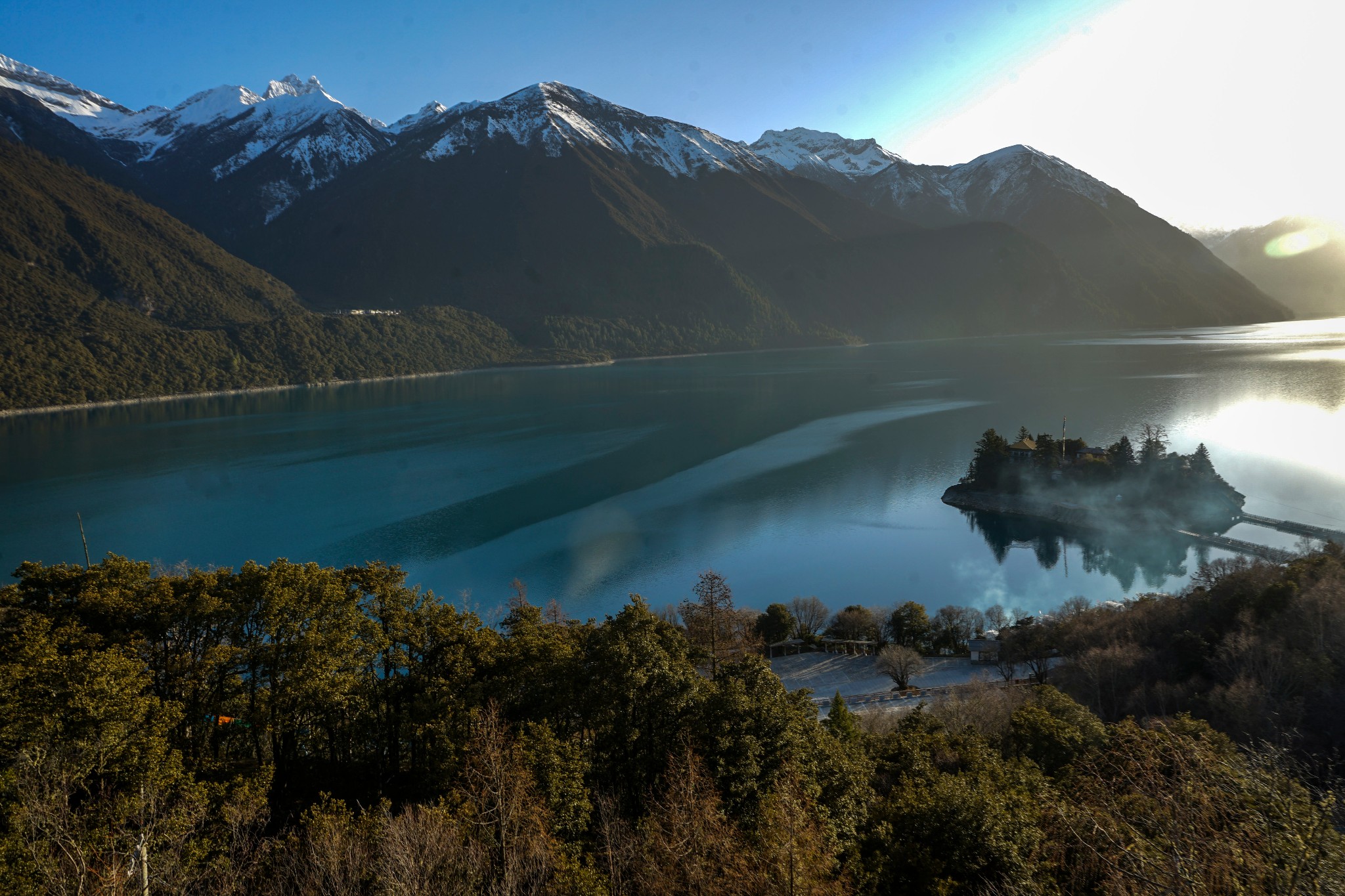 The best time and reason to visit Basum-Tso

The best season to visit Basum Lake is autumn, as the sky is extremely blue and with light clouds and breezy. The forest is covered by colorful leaves and flowers from the lakeshore to the mountains. But in winter you will still be shocked by the snow-wrapped island, particularly spectacular. Due to the dense forest on the shore of the lake, it is more difficult to photograph the lake's heart of Tashi Island. You need to climb the mountain forest behind the Basum Lake to have a chance to shoot the beautiful scenery of the lake's island as a gem in the green lake.

Basum is a notable holy lake of the Nyingma sect of Tibetan Buddhism. Nyingmapa, the 'school of the old persons', the so-called red caps, the oldest Tibetan Buddhist schools, find its beginnings of the Tibetan Buddhismus in the 7th and 8th centuries on the shores of Basum Lake.

Another wonderful reason to visit Basum Lake is on the northwest bank of the lake. Adventurous travelers find the gigantic stone, which has a hole allowing one person to pass. Legend has it that passing through the hole is capable of curing diseases and misfortunes. 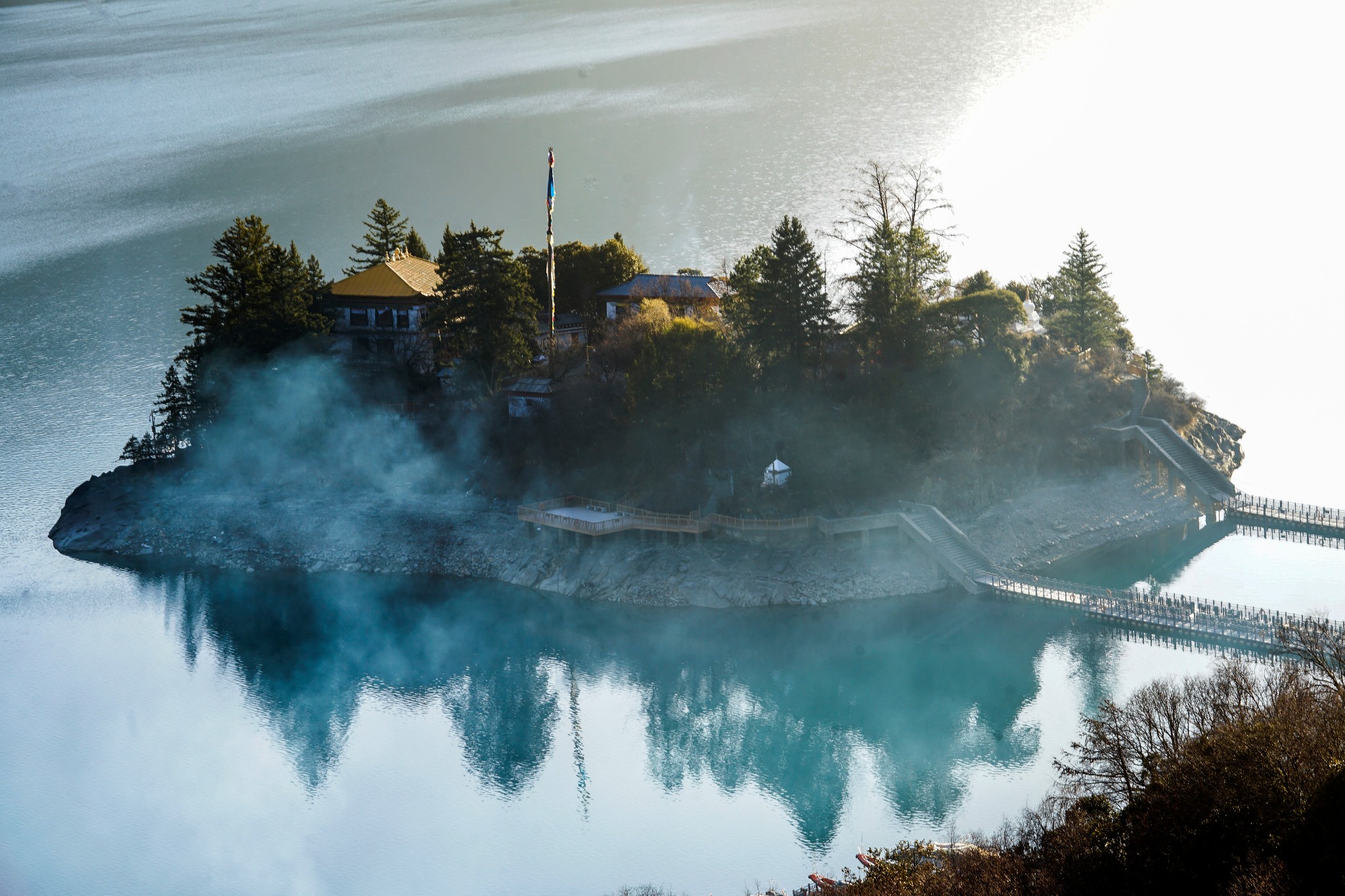 The sight to see in Basum

The highlight of Basum Lake is a small island named Tashi which is sitting in the center of the lake. You can take a hand-drawn "boat" (a row of rafts made of driftwood, and the ferryman ushers in a steel cable across the two shores) to this Tashi Island. Connected by the lakeshore with bridges on both sides, there are many prayer flags flying on the island.

At the center of the lake on this island, you will see the wooden two-layer monastery called Tsodzong, which was founded in the 17th century. Today, the monastery mainly houses Maitreya and Chenrezi. However, centuries ago, monks carved Buddhist figures and animals into the reef, bordering the small island making the small island a worthwhile stop to this beautiful highland treasure in Tibet known as Basum Lake.

Although the villages of Cuogao and Jieba in the Basum lake are in "scenic areas", they still follow their traditional lifestyle. In particular, the village of Cuogao in the depths of the lake is basically a village that has preserved the traditional layout, residential architectural style, customs, culture, and beliefs.

For travelers who want to stay somewhere between Lhasa and Nyingchi, Basum Lake would be an ideal choice. The accommodation is concentrated in the scenic area of ​​Cougao Town and in the village of Cuogao. Some hotel/resort rooms allow their guests to see snow mountains. Another advantage of living here is that you can easily find fresh food. You could not only find a variety of meats but also discover some wild mushrooms such as matsutake. 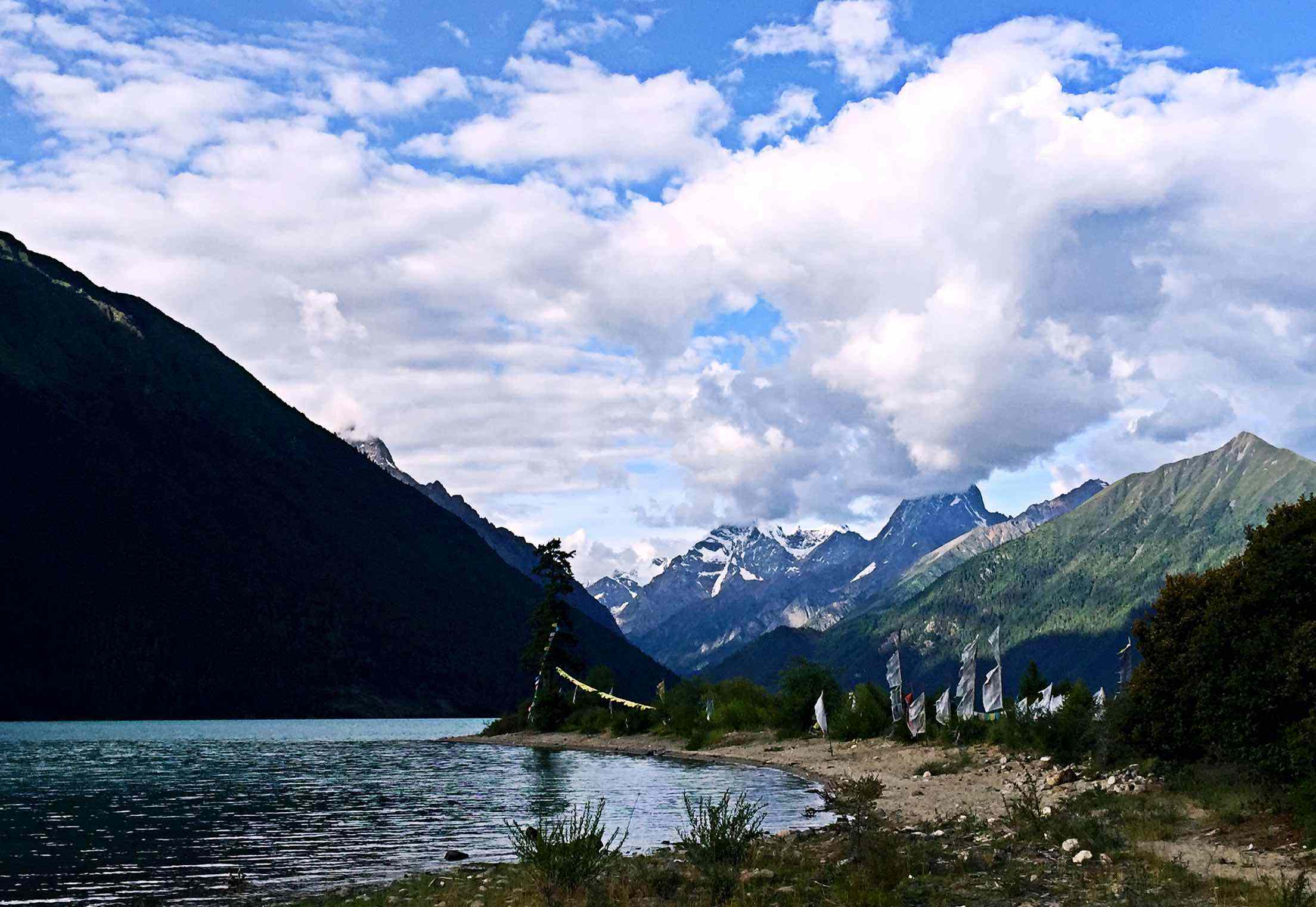