Best time to travel in China

Deciding on the best time to visit China should be based on where you want to go and what season you prefer. As a rule of thumb, spring and autumn are favored, in order to avoid extremes of hot and cold.  But even in the same season, the weather in China can be very different in different places.

In broad strokes, China's weather is not vastly different than that of the North America or Europe. The north will surely be sub-freezing in winter, while the south will be fairly mild, with daytimes highs near 16 degrees Celsius (60 degrees Fahrenheit).

And the central region will be in between.  Summer will be hot everywhere, with higher humidity in the south. The following triple analogies are very approximate.  Bejing:Chicago:Berlin, Shanghai:New York:Paris, Chengdu: Nashville:Milan, Hong Kong:Miami: Palermo (Hong Kong is hotter and more humid).

Traveling to China is possible all-year-round. But because a few hundred million people take to the road for the two biggest annual holidays, they are best avoided:

1. New Year's, a two-week holiday which is lunar-based, usually begins at the end of January, and

2. The combination of National Day and the Autumn Festival, about the first week in October.

Check out the different seasons in China below, and take your holiday in China during the season that suites you best. Book the Glimps of China Tour with WindhorseTour and make the most of your time in China! 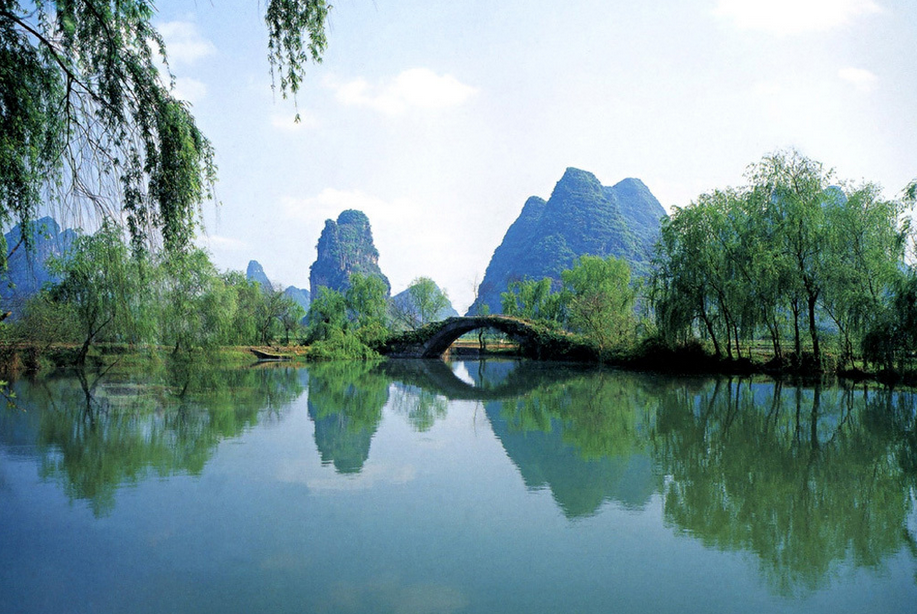 Spring - March to May
Spring is a very pleasant season, when the weather in China isn't as cold as winter and the temperature starts to warm up.

You can find green buds on the trees and flowers starting to bloom. People often organize a spring tour so they can stroll outside and enjoy the natural scenery.

Spring is one of the best times to visit China. Tourists can take a tour to Guizhou, Yunnan, Yangtze River, or Luoyang.

You can also take the opportunity to experience two traditional spring festivals - Ching Ming Festival and Dragon Boat Festival. During these two traditional Chinese festivals there will be a holiday across the nation, and many activities are held to celebrate the warming temperatures and lengthening days.

Summer - June to August
Summer is the busiest season for taking a holiday in China. Most parts of the country become hot and wet. In most of the country, temperatures over 30 degrees Celsius (86 degrees Fahrenheit) are common.

However, there are some ideal places in China for tourists to enjoy a cooler summer and have unforgettable experiences, such as Guilin, Sichuan's Jiuzhaigou National Park, Beidaihe Scenic Spot, and Chengde Imperial Summer Villa. Summer is also the best time to visit remote places like Tibet, Inner Mongolia and other mountainous areas. Many tourists like to take tours at higher elevations during this season. 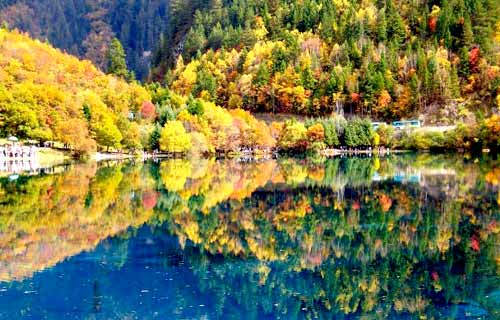 Autumn - September to early November
Autumn is a good time to visit for two reasons: comfortable weather and wonderful scenery. The weather in China is warm and mild with a limited amount of rainfall. Leaves turn to yellow and red, which makes a beautiful sight, especially at Jiuzhaigou National Park.

This scenic area has the most attractive panoramas in autumn. But you have plenty of other choices in this season as well, including Beijing, Shanghai, Xi'an, Sichuan, Guilin, and Tibet (bring warm clothes for the latter).

Winter - November to February
Generally winter is not the best season for tourists due to the chilly weather, especially in the North of China, where temperatures can drop to - 40 degrees Celsius ( - 40 degrees Fahrenheit). But in central and southern China, it is different.

Tourists can enjoy a snow-capped mountain view and bask in the sunshine. Winter tours in China are still very popular, as there are many winter activities, and fewer tourists.

During the winter holiday in China, adventuresome tourists can go north to Harbin to experience a romantic winter and see the Ice Lanterns and Ice Sculptures show, which is held in Harbin every year. Also, China covers a large enough area that even in winter some places are still mild, like Hainan Island, Yunnan and Hong Kong.