Lake Manasarovar (also called Mapham Yum-Tso in Tibetan) is 35 kilometers east of Burang County in the Ngari region of Tibet and 20 kilometers southeast of Mount Kailash. The lake has an area of ​​412 square kilometers and an elevation of 4,588 meters. It's the highest transparency and altitude of a freshwater lake in China.

In Tibet, early Bonists called it "Malco". According to legend, there are many treasures gathered at the bottom of the lake, named after the Dragon King "Malco". Mapham Yum-Tso was named after a religious war on the lake in the 11th century, which means "eternal and undefeated lake" in Tibetan.

The Buddhist regard Lake Manasarovar as the holiest lake in the whole world. The holy water can wash away the troubles and sins in the soul. The natural scenery around the lake is very beautiful. Since ancient times, Buddhist believers and Bonists have regarded it as the "world center" of the holy place and is one of the three "Sacred Lakes" in Tibet. It is also the birthplace of the four largest rivers in Asia. 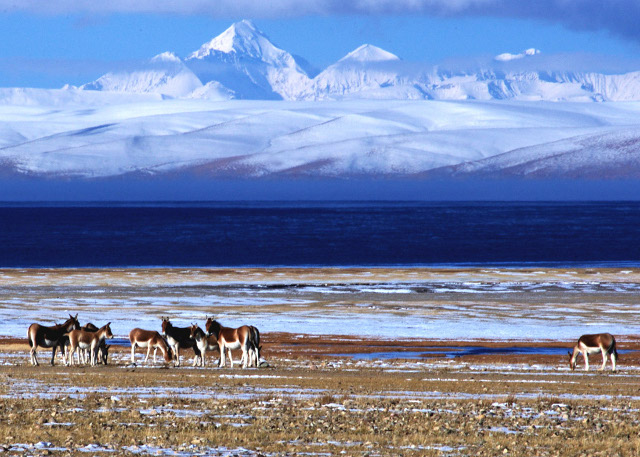 Lake Manasarovar is linked to the smaller Lake Rakshastal ( known to Tibetans as Lhanag-Tso) by the channel called Ganga-chu. On rare occasions, water flows through this channel from Lake Manasarovar to Rakshas Tal; this is said to angur well for the Tibetan people. The channel had long been dry, but water has indeed been flowing between the two lakes in recent years. The two bodies of water are associated with the conjoined sun and moon, a powerful symbol of Tantric Buddhism.

Along with Mount Kailash, Lake Manasarovar is a holy lake shared by different religions. Hindus believe that bathing in the lake and drinking the water can wash away sin and go to heaven finally. However, Tibetan Buddhists usually just walk or knock their heads to the lake to pray for blessings and do not go into the lake. In addition, there are a few Bon believers who still turn counterclockwise when they are doing a Kora. 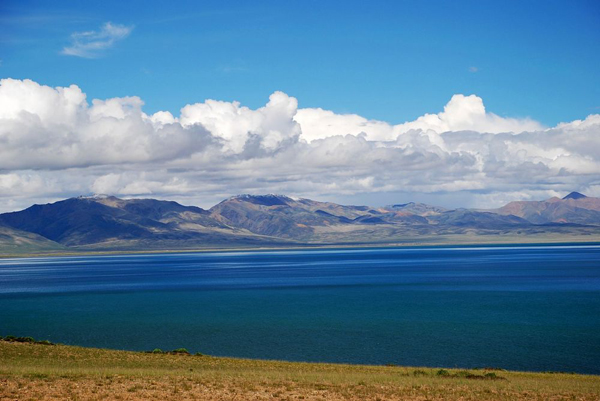 There are 8 temples surrounding Lake Manasarovar, which are exactly distributed in all directions of the lake. The holy lake is about 60 kilometers in circumference. It takes about 3 days to do a Kora here. Please bring some food when you do a kora in Lake Manasarovar, usually clockwise. Except you will spend one night in the wild on the second day, other nights you will find some temples along the way and spend nights in these temples.

For ordinary travelers, more shocking and attractive is the temples by the Lake Manasarovar. They are both home to the local Tibetan Buddhism beliefs and a resting place for pilgrims and tourists. You can choose one or two temples to visit or drive around the lake one by one. Even if it is not because of faith, it is recommended to drive to the lakeshore, as it’s one of the best viewpoints to enjoy the Mount Kailash in different directions and see the holy Gurla Mandhata (It is the highest peak of the Nalakankar Himal, a small subrange of the Himalaya). 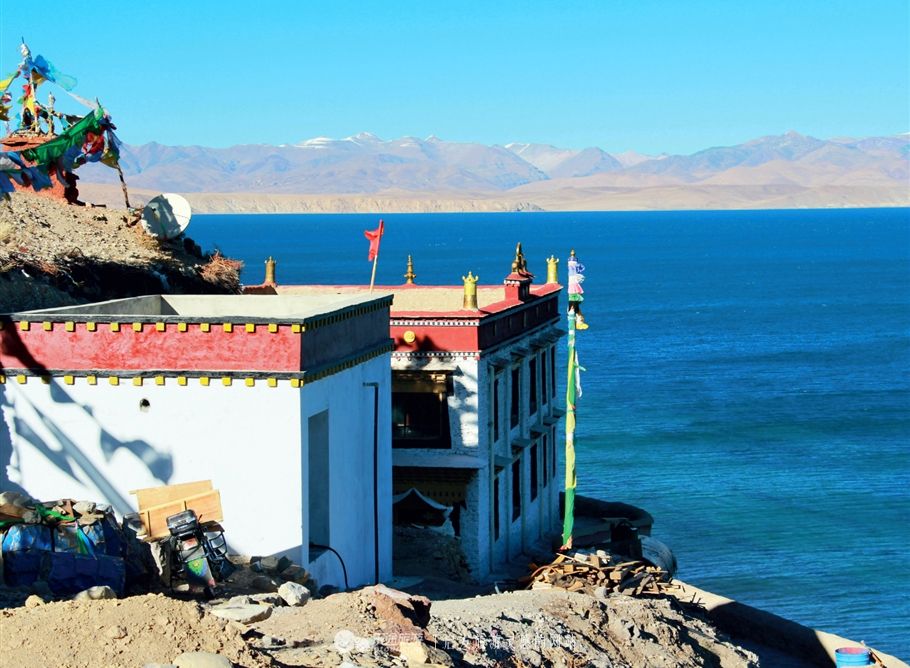