Tsurphu Monastery serves as the traditional seat of the Karmapa, the head of the Karma Kagyu order of Tibetan Buddhism, situated in the northwest of Tölung Valley in Doilungdêqên District, Tibet Autonomous Region, China, around 70km west of Lhasa, at an altitude of 4,300 meters (14,000 feet). Its main assembly hall sits in the middle of the valley facing south and Tsurphu River and embraced by the high mountains in the south, west, and north. The Reincarnation System of Living Buddha was born there and spread to other sects of Tibet Buddhism. It experienced enormous damages and reconstructions, but it still keeps its primitive charm.

Tsurphu Monastery was founded in 1187 by Dusum Khyenpa, some 40 years after he established the Karmapa order in Kham, his birthplace. It was the third Karmapa monastery to be built, and after the death of the first Karmapa, it became the head monastery for the order. Completely destroyed during the Cultural Revolution, Rangjung Rigpe Dorje, the 16th Karmapa, began to rebuild it in 1980, with his years of efforts, the core chapels, important houses, and the main assembly hall have been restored, and the reconstruction of lecterns is still ongoing. Today it is the home to 370 monks and having around 50 more living in seclusion in the surrounding mountains. 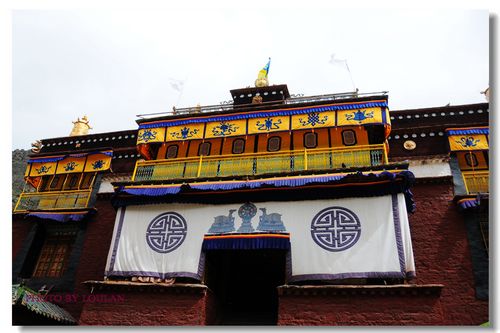 The layout of the Tsurphu Monastery:

The large-scale building complex of Tsurphu Monastery is centered on the Dukham Hall, surrounded by scriptural halls, chapels, Buddhist colleges, dharma halls, the private residences of Rinpoches, tantric monasteries, monks’ residences, etc. A large square occupying 1,520 square meters is in front of the Tsurphu monastery, in the center of the square, a stone tablet engraved with Chinese characters “江浦建寺碑” stands there, after hundreds of years direct exposition in the air, the ancient Tibetan words carved on this tablet during Tubo Dynasty has been well preserved providing a great historical value for studying politics, economy, and religion in the Tubo Dynasty.

Passing through the 24 stone stairs, there is a bright corridor supported by 6 columns, connected the corridor is the 3-story Dukham Hall composed of a scriptural hall and a chapel. Stepping up from the back of the Scripture Hall is the Samgyal Dorkun Chapel (about 9 meters high). The second floor of the Dukham Hall has a courtyard of the Sutra Chanting Hall in the middle and 3 rooms in the south, while the middle of these 3 rooms is the place for the 17th Karmapa to touch the worshippers’ head. Outside the large platform on the 3rd floor of the Dukham Hall, there are 2 houses in the north, one is the 17th Karmapa's bedroom, the other is the depositary of Buddhist texts, 13.6 meters in length, 6.4 meters in width and over 4 meters in height.

In addition to the Dukham Hall, to the west, there is a two-story building of Dratsang, 5 protector chapels, Sutra Printing House and Monastic Reception. The west side of Tsurphu Monastery stands 2 ancient white pagodas. Behind Tsurphu Monastery, on the half-mountain of Thukje Chenpo, there is a white building, named Dolkham, which is a meditation retreat for the monks of Tsurphu Monastery. Close to this retreat cave, there are many small temples to visit too. 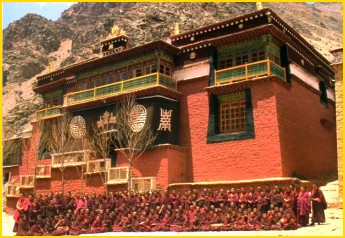 The large Dukham Hall is the main hall of Tsurphu Monastery including a scriptural hall and a chapel. The interior of the scriptural hall is gorgeously decorated with 16 Arhats and other exquisite murals painted on the walls. The Samgyal Dorkun Chapel houses a stupa containing relics of the 16th Karmapa, as well as statues of Amitabha; Sakyamuni, the 8th and 16th Karmapas. There are over a thousand other Buddha statues enshrined in the big niches of both sides of this chapel. A large variety of Sutras are collected in the depositary of Buddhist texts on the 3rd floor of Dukham Hall. Besides, there are many rare and historically valuable relics well-kept in Buddha statues, stupas or display cabinets of Tsurphu Monastery.

The Cham Dance, also called ‘Qiangmu’ in Tibetan, held annually on the 9th, 10th and 11th days of the 4th Tibetan month (around May) at Tsurphu Monastery, is one of the major contents of the summer dharma puja. It's a traditional religious dance performed by Tibetan Buddhist monks. There is a lot of free-flowing Tibetan barley beer, as well as ritual cham dancing and the unveiling of a great Thangka on the platform across the river from the monastery. This ceremony has a history of nearly 1000 years in Tsurphu Monastery.

For those hiking or nature lovers, it should be a good idea to follow the local pilgrims to hike along Tsurphu Kora, a walk of around 4KM (2 hours). To follow the Kora, you will pass springs, shrines and meditation retreats and have wonderful views of Tsurphu Monastery below. It not only serves you with a splendid natural landscape feast but also gives you a sense of quiet and peace. A kind reminder is that the hike could be very taxing if without proper acclimatization to the altitude as it ascends 150 meters. 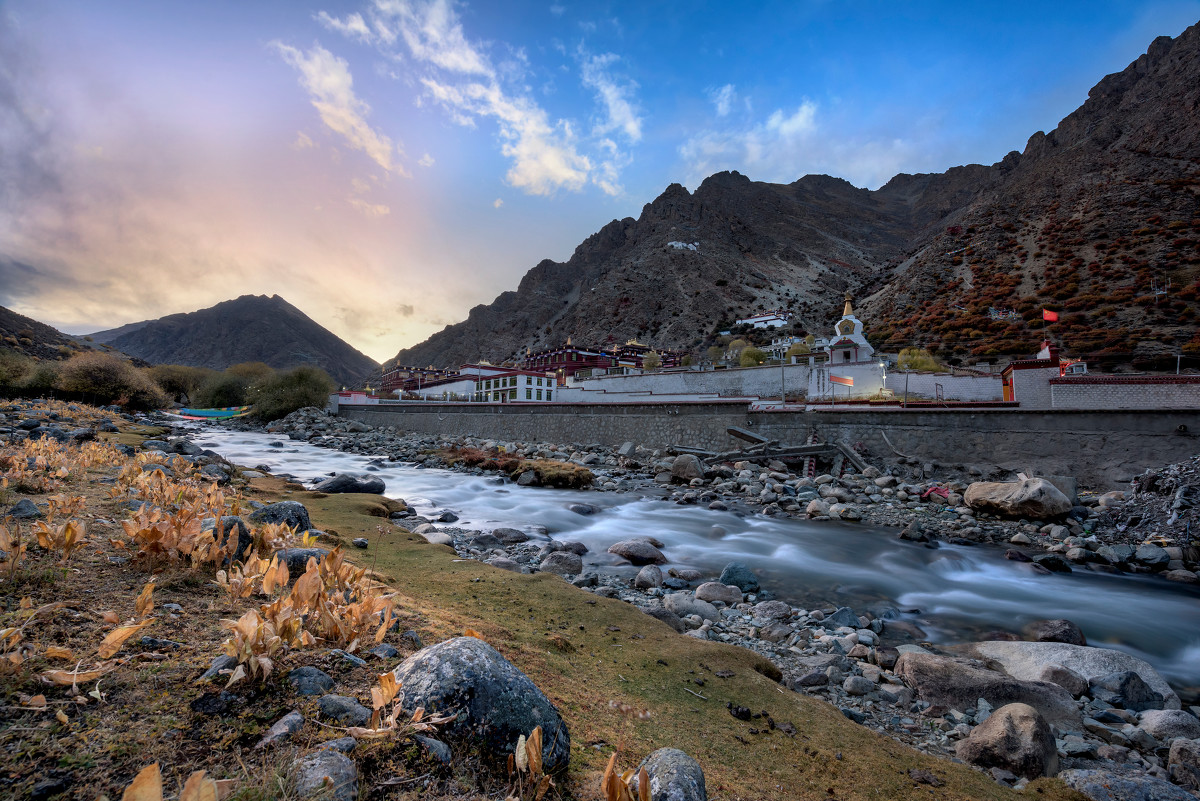