Yungbulakang Palace (3,700m), literally meaning ‘mother-son palace’ in Tibetan, is reputed to be the first palace in Tibet history. The magnificent palace demonstrated typical Tibetan style. Lying 12 kilometers southwest of Tsedang, it perches on a small hill, Mount Zhaxi Ceri, east bank of the Yarlung River. ‘Yongbu’ means ‘female deer’ named after the shape of Mount Zhaxi Ceri resembling a female deer, while ‘Lakang’ means ‘sacred palace’. As one of the most ancient establishments in Tibet, this palace, a fortress-like building with many historical relics keeping insides, is a must-see site for those who want to learn Tibet history deeper. Besides its historical value, the view from the palace is beautiful by overlooking the various colors of the surrounding fields and villages in different seasons, which you shouldn’t miss during your visit.

With a history of over 2,100 years, Yungbulakang Palace was built in the 2nd Century BC by the Bon followers, for the first Tibetan King - Nyatri Tsenpo, who was said to have descended from Heaven. Later it became the palace for the successive kings and worshiped by Bon pilgrims. Legend has it that in the fifth century, a Buddhist sutra fell from the sky onto the roof of Yambu Lagang. Nobody could read the book. However a sage predicted it would be interpreted between the 7th and 8th centuries, and the sutra was kept secured in the palace. Until the 33rd Tibetan King, Songtsen Gampo, moved his regime to Lhasa and built two-story palaces on both sides of the original palace, Yumbu Lakang became a chapel but it was still the summer palace of Songtsen Gampo and Princess Wencheng. During the reign of the Fifth Dalai Lama, it was converted to a Gelugpa monastery by adding a four-cornered golden pavilion roof at the basis of the original watchtower style building, which is kept intact now. 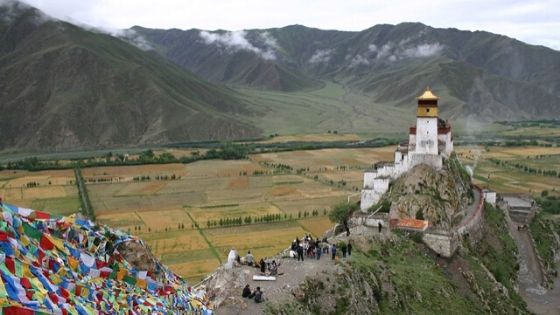 The entire palace has 2 parts, the part in front is a multi-story building, the back part connected with the front is a watchtower style building. It was enormously damaged during the Cultural Revolution, in 1982, the local Cultural Management Committee presided over the maintenance of this palace. With over 2 years’ efforts, its original appearance was basically restored.

The most impressive feature of this palace is its watchtower style building in the east center of this palace, said to be the earliest architecture built by King - Nyatri Tsenpo. This square-shaped building is 11 meters high, 4.6 meters long from north to south, 3.5 meters wide from east to west, with a shape of big in the bottom but small in the top. The exterior looks like a 5-story building, but actually, there are only 3 floors inside and floors are connected by narrow passes. As the highest point of Yungbulakang Palace, you can have a panoramic view of the beautiful surrounding landscape from this building.

The multi-story building in front is a chapel with many historical relics. The first floor is the palace of ancient Tibetan Kings including Songtsen Gampo and Trisong Detsen and their ministers in Tibetan history, in addition, it is also placed with figures of Avalokiteshvara and Sakyamuni. Around the wall, there are beautiful murals telling the early history of Tibet. The second floor is a small chanting hall, housing many bronze statues of grand Buddha, such as the Maitreya, Tsongkhapa, Manjushri, Guru Rinpoche, etc. The entire third floor was damaged during the Cultural Revolution and not repaired until now. 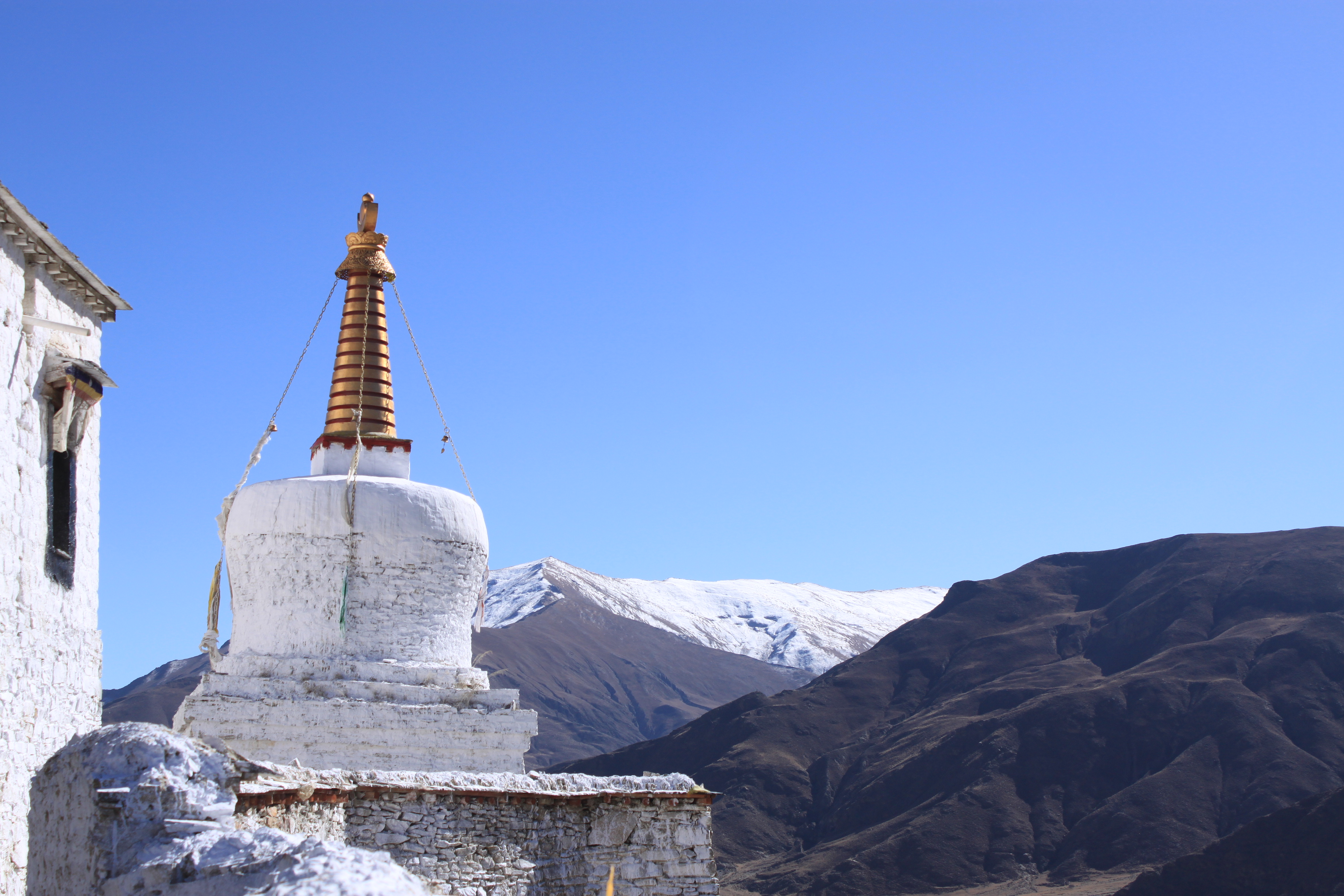 Lhasa
⇀ Lhasa
...
Lhasa ⇀ Tsedang ⇀ Lhasa
5 days
∙ Private ∙
Culture and Heritage
A popular and short sightseeing trip in Lhasa and around with drive to Tsedang the cradle of Tibetan civilization. Discover the mystery of Tibet's Buddhist culture as you visit the most revered sites of Samye Monastery and Yumbulakang Palace.
Add to shortlist
From ¥ 3,100
View tour >