Potala Palace, regarded as the highest ancient palace in the world, stands on the Red Hill of the heart of Lhasa city, resembling a magnificent fortress in heaven. The palace is painted white and red, which means peace and stateliness in Tibetan cultures. Used to be the home of the Dalai Lamas, Potala Palace once was the religious and political center of Tibet, which makes it the best place to learn about the unique Tibetan Buddhism of the world. It is the magnificent building with the highest altitude in the world, which integrates palaces, castles, and monasteries, and is also the largest and most complete ancient palace complex in Tibet.

Named after a holy hill in South India, the Potala Palace is also a sacred place for those who are interested in the Tibetan cultures. It is not just a gift of the Tibetan King Songtsen Gampo to greet his bride, Princess Wen Cheng, in the Tang dynasty of China, but a gift to the people all over the world. Due to its magnificent architecture and rich cultures, the palace was listed as a World Heritage Site by UNESCO in 1994, and recently named one of the "New Seven Wonders of the World" by the television show Good Morning America and the newspaper USA Today.

The Potala Palace is magnificent in the world in terms of architecture, historical significance, and cultural relics. No one would deny that the gorgeous snow-capped mountains and the sacred lake are even more fascinating and memorable. The Jokhang Temple is the spiritual center for the Tibetans, but the Potala Palace represents the snow-covered plateau and the untraceable belief for travelers. 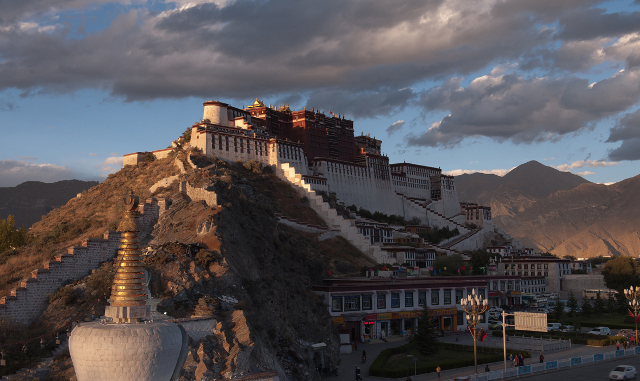 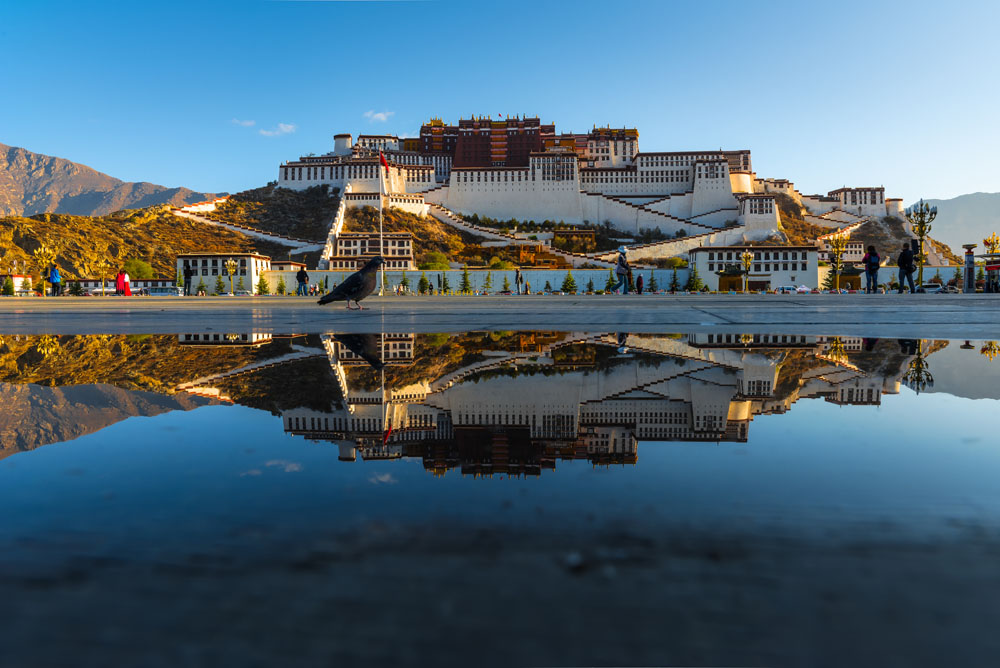 The layout of Potala Palace

The Potala Palace is composed of two parts, the Red Palace at the top middle and the White Palace as two wings. Painted deeply red and richly decorated with painting, jeweled work, carving and other ornaments, the palace was once the religious center to hold ceremonies. The highlights here include The Great West Hall, Dharma Cave, The Saint's Chapel, The Tomb of the Thirteenth Dalai Lama.

Regarded as the largest hall in the Potala Palace, the Great West Hall is famous for the beautiful murals painted on its inner walls, and most of them are some stories or Buddha in Tibetan Buddhism. The Dharma Cave and the Saint's Chapel are the only two remaining architectures of the 7th century which still well preserve the statues of Songtsen Gampo, Princess Wen Cheng, and Princess Bhrikuti. Located west of the Great West Hall, the Tombs of the Thirteenth Dalai Lama is the giant stupa that contains priceless jewels and one ton of solid gold. Elaborate murals in traditional styles of Tibetan culture depict many events of the life of the Thirteenth Dalai Lama during the early 20th century.

Surrounding the Red Palace is the White Palace, which used to be the dwelling place of the former Dalai Lamas and the official buildings of Tibet local government. The color white of these palaces symbolizes the peace and quiet in Tibet. Located on the fourth floor, The Great East Hall is one of the most important halls in the White Palace, used to be the site for momentous religious and political events. The fifth and sixth floors are used as the living quarters and offices of regents while the seventh floor, the top one, is the living quarters of Dalai Lama consisting of two palaces named the East Chamber of Sunshine and the West Chamber of Sunshine due to the plentiful sunshine. 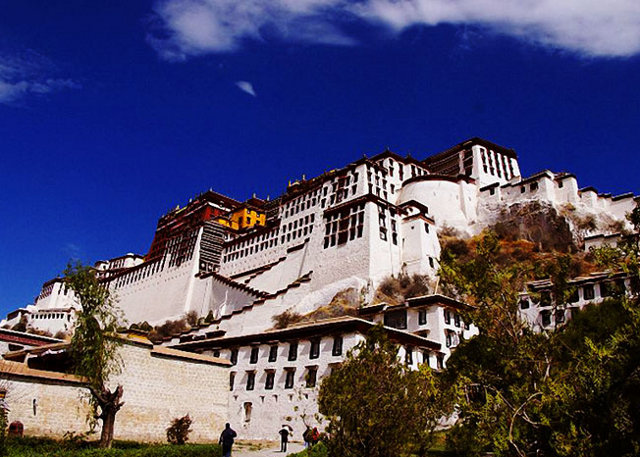 Lhasa
⇀ Lhasa
...
Lhasa ⇀ Ganden ⇀ Lhasa
5 days
∙ Private ∙
Culture and Heritage
Travel to the Tibetan capital Lhasa and beyond with a variety of activates to experience natural beauty and rich culture. See Brahmaputra the trans Tibet river along with stops at top attractions and a hike in Kichu Valley near Ganden Monastery.
Add to shortlist
From € 344
View tour >

Lhasa
4 days
∙ Private ∙
Culture and Heritage
When time is limited and you have to see Tibet then here you go! The best of TIbet's capital Lhasa see culture and religion, with visits to the landmark of Tibet. See the Potala Palace, walk along Barkhor Street and enjoy daily golden sunshines.
Add to shortlist
From € 306
€ 278
View tour >

Lhasa
⇀ Lhasa
...
Lhasa ⇀ Gyantse ⇀ Shigatse ⇀ Lhasa
6 days
∙ Private ∙
Culture and Heritage
On this classic Tibet tour, travel back in time and witness the unforgettable ancient culture of Lhasa, Gyantse and Shigatse. The amazing natural landscapes all the way presets you with the wonders of Tibet.
Add to shortlist
From US$ 608
US$ 553
View tour >