The Impressive Sok Tsanden Monastery, also called the small Potala Palace in Sok County, which is founded in 1668 by Nagwang Lobsang Gyatso under the support of the Mongol leader Gushri Khan, and administered directly by the former local government in the 17th century, sits on the hilltop of Yaladuo Hill, Yagla Township, Sok County, about 220km away from Nagqu prefecture-level city, Tibet. It is one of the major four monasteries in Sok County and the earliest Yellow Hat sect monastery in Northern Tibet, is an affiliated temple of Drepung Monastery. According to the records of the Sok Tsanden Monastery, it was built on the basis of confiscating the property of seven other non-Yellow Hat sect temples including Bonpo temples, hence, it is possible to see many Bon relics and features at this monastery. It was destroyed in 1959 and during the Cultural Revolution, what you can see now was almost rebuilt in 1985 with government approval.

Drepung Monastery is one of the six great monasteries of the Gelug school of Tibetan Buddhism, the other 5 monasteries are Ganden Monastery and Sera Monastery in Lhasa, Tashilhunpo Monastery in Shigatse, and Ta’er Monastery (Kumbum Monastery) in Xining, and Labrang Monastery in Xiahe. The Gelugpa sect, also called the Yellow Hat sect as its monks often wear yellow hats during ceremonies, is founded by Tsong Khapa Lobsang Drakpa (also called Je Rinpoche) (1357 - 1419) in the 15th century and headed by the Dalai Lama. It is the youngest sect of Tibetan Buddhism, but the largest and the most important sect today. 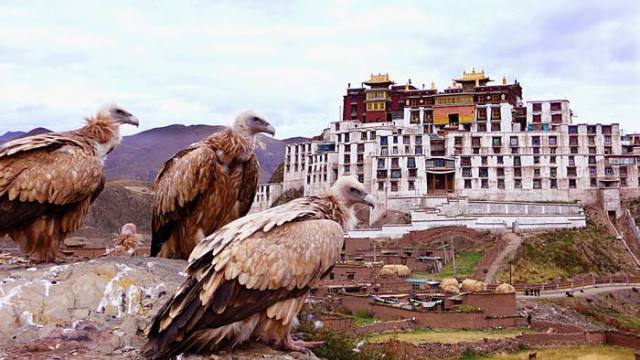 This magnificent monastery, occupying an area of 25975.5 square meters and housing 150 monks, is entirely constructed along the hill. It is said that it was planned to be built in accordance with the style of the Potala Palace, seen from afar, it looks like the famous Potala Palace in Lhasa, just smaller in size, so it gains the reputation of ‘small Potala’. However, it is not exactly the same as the Potala Palace as some blueprints were lost on the way back to Yala Village.

This monastery consists of a white palace and a red palace. In the center is the red palace, which is mainly used to worship Buddhas and deal with religious affairs. On both sides and behind is the white palace, it is the main place where the monks live. There are a large number of Buddha statues, mural paintings, Tibetan scriptures, cultural relics, and artworks collected in the monastery, which is of great cultural and historical value. The best views of the building are from the south as you leave town.

Many grand Buddhist ceremonies or important religious activities would be held in every May, July, and December in Tibetan Calendar. It is worth mentioning an important ceremony, Buddhist Ceremony for Rewarding Gods attended by 80 monks, would be held at Sok Tsanden Monastery on every first three days of the Tibetan New Year. During this ceremony, they will dance the traditional religious dance, thanking God's dance. During those periods, hundreds of local Tibetans in Sok county and monks in the nearby temples will gather at this monastery to enjoy the ceremonies. 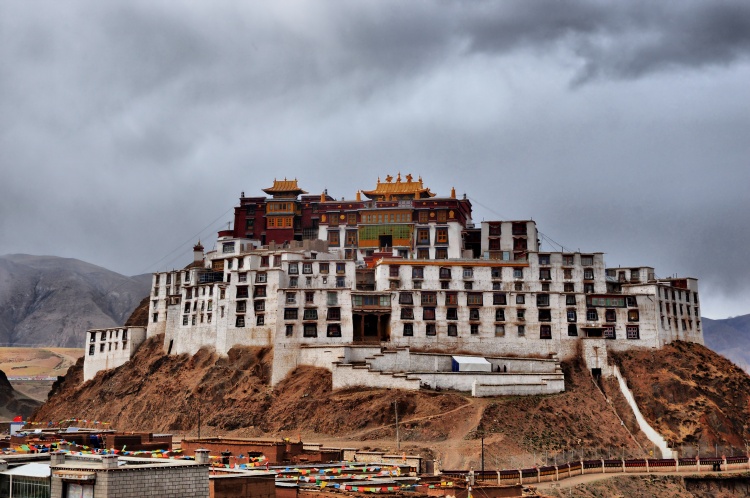