Xinjiang Uyghur Autonomous Region is located in the northwest of China. Covering an area of 1,664,900 sq.km, it takes 1/6 of Chinese territory, being regarded as the largest Chinese administrative region. Xinjiang borders 8 countries Russia, Kazakhstan, Kyrghyzstan, Pakistan,Mongolia, India, Afghanistan, Tajikistan and provinces such as Tibet. With an population of more than 21 millions (2010), it is home to various different ethnic group, including the Uyghur, the major ethnic group in Xinjiang. 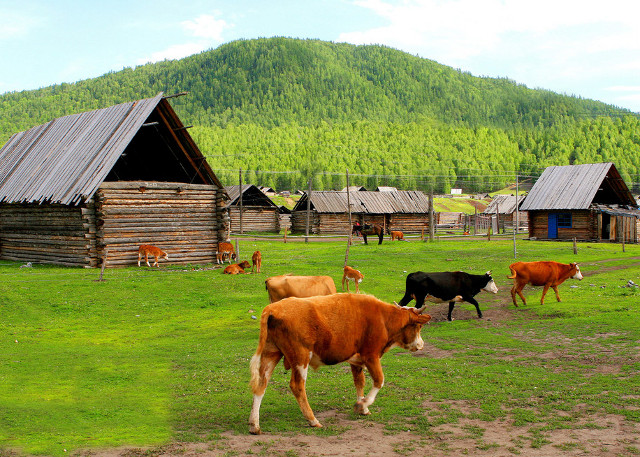 ​The geographical situation in Xinjiang is known as "Three mountains and two Basins". It is the Celesterial Mountain (Tianshan) in the middle that separates the whole region into the south and the north. There is Tarim Basin and Kunlun Mountains in the south and Junggar Basin and Mt Altai in the north.

Climate in Xinjiang belongs to the Continental Temperate Climate, because it is far away from the sea and with mountain surrounding it. There is low annul rainfall and temperature varies a lot in a day or between winter and summer.An old saying can best describe the climate. "Wearing fur coat in the morning but a shirt at noon, you are always eating watermelons in front of the fire place". Moreover, it is very cold in winter with a temperature of -20℃ while summer is extremely hot, once bearing a heat of 49.6℃. If you want to travel to Xinjiang, it is recommended that you go there in the Autumn, when the climate is good and all kinds of delicious fruit and melons come out. What's more, don't forget to bring your thick coats.

Xinjiang boats a long history dating back to over 2,000 years ago and was originally called "Zhuzhou". It was brought into Chinese territory since the Han Dynasty and was Called "Xiyu" meaning the west land at that time. During the successive generation Xinjiang stood firmly in the northwest of China and is an inseparable part of Chinese Land. 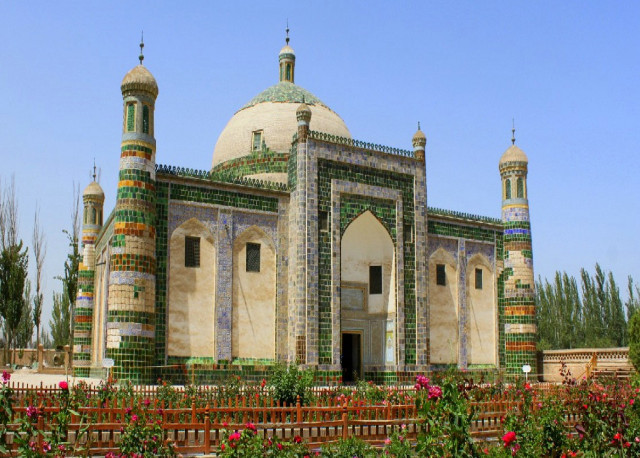 There are various religion in Xinjiang including the Islam, Lamaism (Tibetan Buddhism), Buddhism, Christianity, Catholic, Orthodox, and Shamanism. The Islam is the major religion in Xinjiang and have great influence on local people, such as Uyghur, Kazakhstan and other ethnic groups. there many mosques, Islamic associations and Islamic institutions in Xinjiang which become a great attraction for tourists.

Xinjiang is a worldwide known the home of dancing and singing, melons and fruit, Gold and Jade. In the vast land, there are peculiar and precipitous mountains, vast grasslands, beautiful lakes and countless historical sites such as Loulan Ancient city. There are in total 1,100 scenic spots in Xinjiang, ranking first in China. 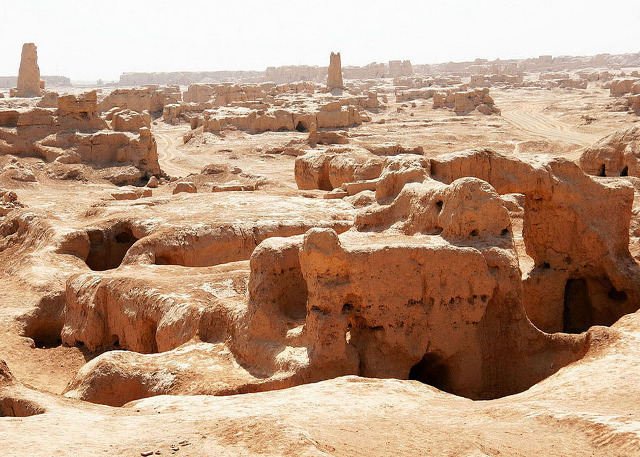 If you come to Xinjiang you can see the lofty Chogori peak, the second highest mountain in the world,l towering 8,600 m above the sea level leaving the land a grand sight. You are also presented with the the natural wonder of Kanas lake and Haven lake. If you are interested in religion and architecture, there are many mosques of Islamic architectural style, such as Id Kah Mosque and Kuqa Great Mosque. If you want purchase some precious goods, then the Kashgar Grand Bazaar is your good choice.

Xinjiang is just a rich and beautiful, vast and mysterious land. People here is hospitable and honest who welcome guests form all over the world. This is the Kingdom of poets, treasury of painters, and paradise of tourists. If you want to travel, just come here and enjoy the great natural beauty of the land.