Rutog County, or Rutok County, lies in the extreme northwest of Nagri Prefecture of Tibet Autonomous Region, covering an area of 80,300 square kilometers and inhabited a population of 9,738 in 2010. It is about 127KM away from Shiquanhe, the capital of Ngari Prefecture and borders with the Xinjiang Autonomous Region of China and Ladakh in India. The whole county is with an average altitude of 4,500 meters (14,764 feet) standing on the northern part of Changtang plateau with the Mt. Kunlun and the Mt. Kailash ranges crossing. It is also known as the last county in Tibet before the road leading into Xinjiang Province, which is located about 1200KM away from Kashgar, Xinjiang. 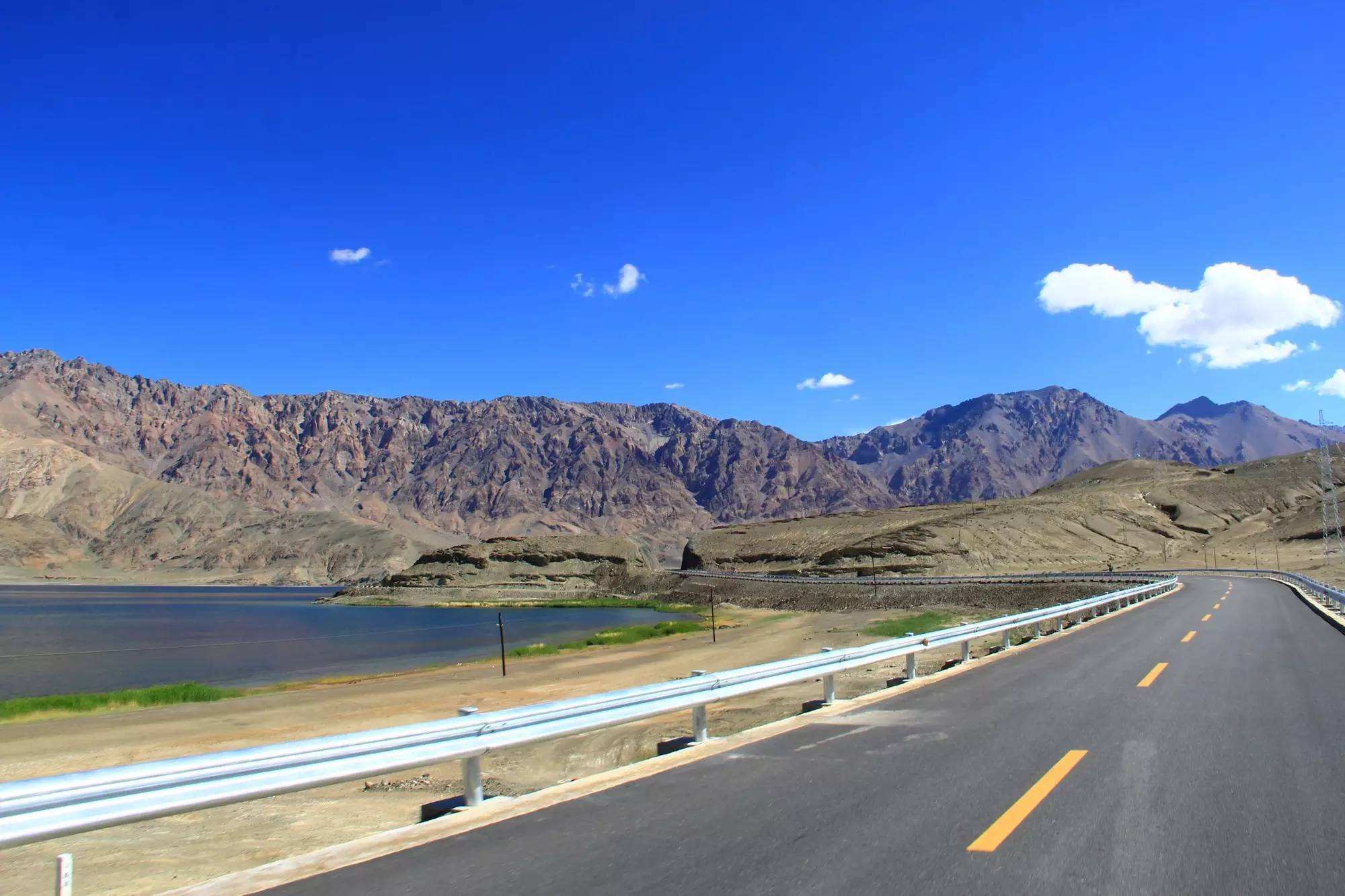 In 1985, there were several sites with prehistoric rock carvings or petroglyphs found in Rutok, which are known as Rutok Ancient Petroglyphs. This was the first time such discoveries had been made in Tibet, although similar finds have since been made at numerous other sites. They are mainly distributed in the area of two to three hundred square kilometers in the south and east of the lake basin of Pangong-Tso (4,241 meters/13,914 feet). Nowadays, the easiest prehistoric rock carvings to find are those carved along the section of Xinjiang-Tibet Highway near Rutok Town. 13 petroglyph sites including Rumudong, Lurulangkar, Naglung Valley, Ngabolong, Darkhampa, etc. are well preserved. Those petroglyphs are carved on the surface of rocks with hard stones or other hard objects. The rock paintings are very rich in content, covering various lively production and life scenes such as grazing, hunting, religious ceremonies, farming, etc. of ancient nomads, as well as sun, moon, mountains, and yaks, horses, sheep, and human figures, etc., and having great reference value for studying prehistoric history.

Rutok Ancient Petroglyphs and Pangong-Tso Lake deserves a day’s detour from Ali or a stop on the driving way to Kashgar. Most tourists would prefer to visit Rutok County as a day trip from Ali as the upgraded road between Ali and Rutok has cut travel time down to only two hours and Ali has a better accommodation condition. The Pangong-Tso is a beautiful turquoise lake with half in Tibet and half in India. Rutok Ancient Petroglyphs are historical and cultural relics of great value for studying the history, culture, and early production and living conditions of Ali and the entire Tibet. 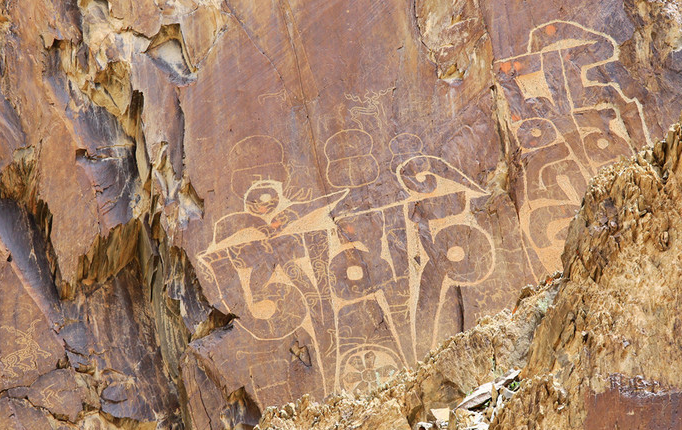 The extensive collection of rock carvings at Rumudong is right beside the road, about 96km north of Ali. Traveling north from Ali, start looking on the east side of the road at kilometer marker 970. The Petroglyphs would be at around 967. There are two distinct groups on the rock face right beside the road. The first and more extensive group also features a number of more recent Buddhist carvings, some of them carved right over their ancient predecessors. The most impressive of the rock carvings features four extravagantly antlered deer racing across the rock and looking back at three leopards in hot pursuit. Objects such as eagles, yaks, camels, goats, tigers, wild boars, and human figures are also depicted.

Less often visited are the Lurulangkar paintings, about 12km southwest of Rutok. The relatively primitive carvings are right beside the road, up to a height of 4km above the ground, and show a variety of pre-Buddhist symbols and animals, including dogs, yaks, eagles, deer, and goats. Human figures are shown standing in isolation or riding on horses. There are a number of hunting scenes showing dogs chasing deer and hunters shooting at them with bows and arrows. 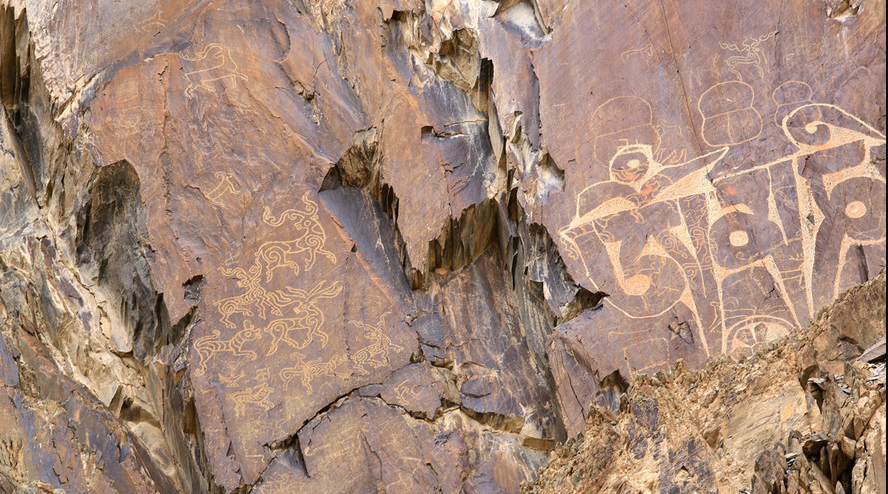