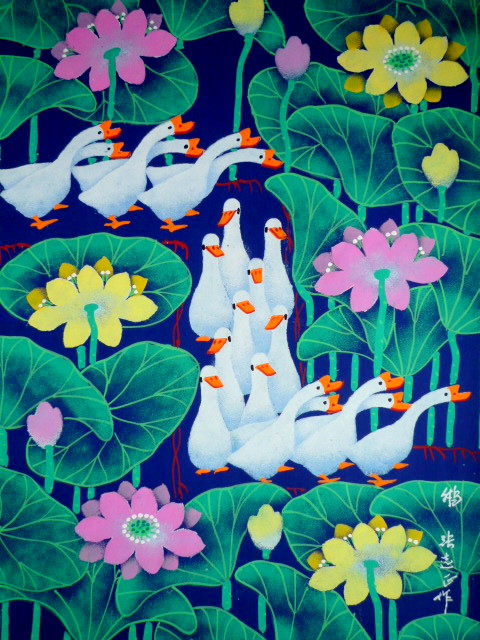 Masterpieces of authentic folk art from the local farmers! Appreciate their paintings and feel their unique perspectives. You may find your Muse here.

It's no surprise that celebrated and professional painters can produce great painting works, but you'll surely be amazed if I tell you that a large number of peasants living in Huxian, 38 km. (24 mi.) southwest of Xi'an in Shaanxi Province, are able to outshine the so called modern artists.

In 1988, Huxian was named the County of Painting by Ministry of Culture for its characteristic paintings by those ordinary peasants.

Based on folk art like paper-cuttings, embroidery and knitting, Huxian peasant painting first appeared during the 1950s.

It is centered on a variety of topics such as human figure, animals, flowers and fishes depicting the beautiful landscape in the countryside and the simple, interesting pastoral life of the peasants living there. 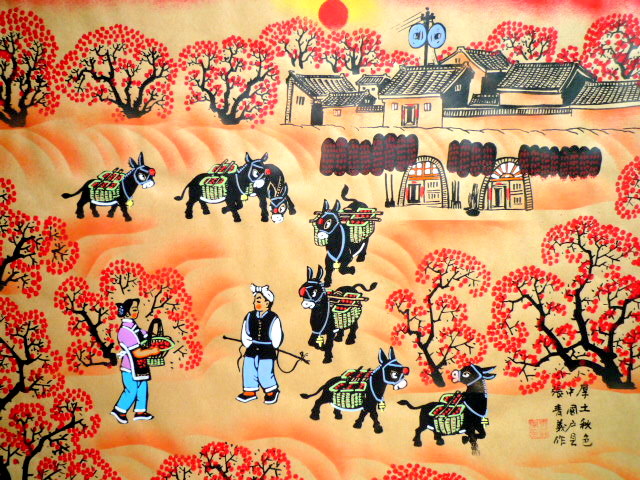 The paintings are featured by bright colors and bold descriptions achieving a strong visual effect and stimulating the audience's imagination.

While appreciating those painting works, you'll be deeply impressed by the fine painting skills of these peasant artists.

You will surely have a better understanding of the simple, unstrained and straightforward character of them, especially the big smile on their faces during harvesting seasons.

Up to the year 2,000, the number of peasant painters has reached more than 2,100 with over 200 celebrated creators and more than 30,000 painting works have been produced. 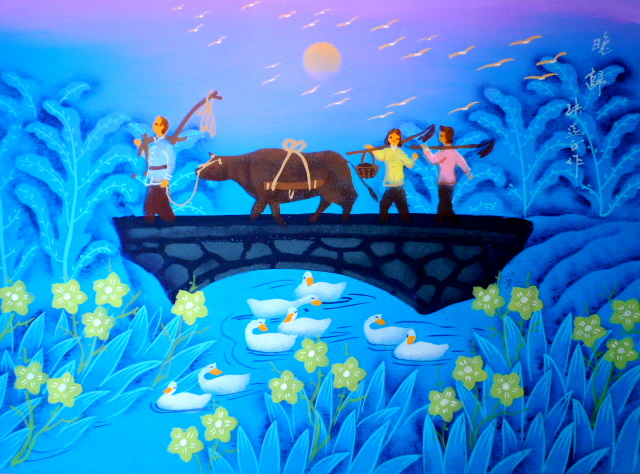 Among which 600 pieces are on display in art galleries and museums in China and 18,700 are exhibited in foreign museums or treasured by foreign collectors in 68 regions and countries overseas.

Twenty-eight famous painters such as Liu Zhide, Liu Zhigui, Fan Zhihua have been invited abroad to give lectures on this folk art.

Final tips for you: the gallery is free. Visitors nowadays can also appreciate these great painting works in the Peasant Painting Gallery located in the eastern outskirts of Xi'an City.