The Guge Kingdom was founded in about the tenth century by a descendant of King Lang Darma, who fled from Lhasa after the collapse of the Tubo Kingdom. The kingdom played an important role in the second renaissance in Tibet and survived for about 700 years before disappearing mysteriously in the 17th century. The Guge Kingdom was not only a continuation of the Tubo lineage, but also enabled Buddhists to find a foothold after the collapse of the Tubo Kingdom, and at the same time gradually reached full prosperity. Therefore, the Guge Kingdom is of great significance in the history of Tibet.

Today's Tholing and neighboring Tsaparang are the ruined former capitals of the ancient Guge kingdom. It lies on a hilltop near a river and covers 180,000 square meters. Houses, cave dwellings, monasteries, and stupas were found on the hill and surrounding area. Palaces sat at the summit, while monasteries were on the mountainside, and cave dwellings for the common people were at the foot of the hill. The kingdom was enclosed by tunnels and walls which acted as fortifications. Some structures survive time and remain in good condition in this isolated region, though many structures have been reduced to dust. A two-kilometer long tunnel was built of stones, but is now in ruin, dives the summit to the river below and was used as a water supply for the Guge people. 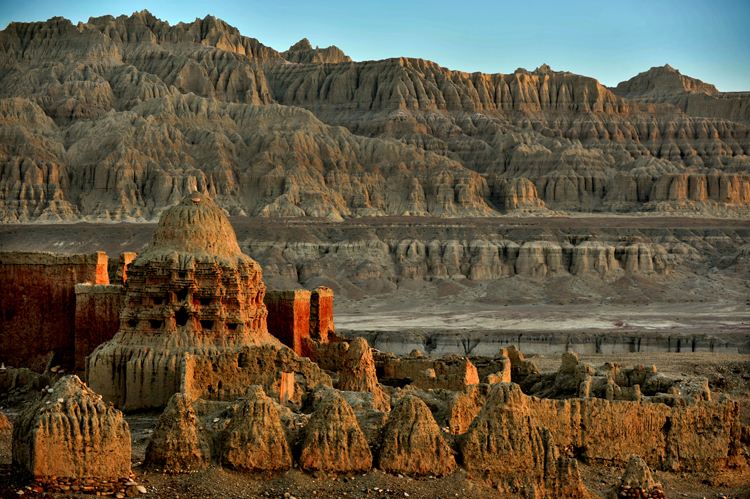 What to see in the Guge Kingdom

The Guge Kingdom is famous for its murals, sculptures, and stone inscriptions, which are attached to the surviving structures. Among them, murals from White Palace, Red Palace, Yamantaka Chapel, Tara Chapel, and Mandala Chapel are preserved in good condition, although they are hundreds of years old. The themes of the murals include mainly stories of Buddha, Sakyamuni, Songtsen Gampo, kings of Guge, and their ministers. A chapel on the summit of the hill houses a mural depicting male and female Buddhas bringing the Tantric cultivation (civilization) together, while the lower part displays purgatory with naked, enchanting Dakins flanking each side. The artistic and aesthetic value of Guge murals is deemed comparable with that of Mogao Caves.

The wall of Guge is actually a library of stone inscriptions, which are equally impressive as its murals. Mani stones are scattered around. Most sculptures of the Guge style are gold and silver Buddha.

Around the ruins are weapons of the Guge people and mummies, which are probably Guge soldiers, the only traces of the once glorious kingdom. 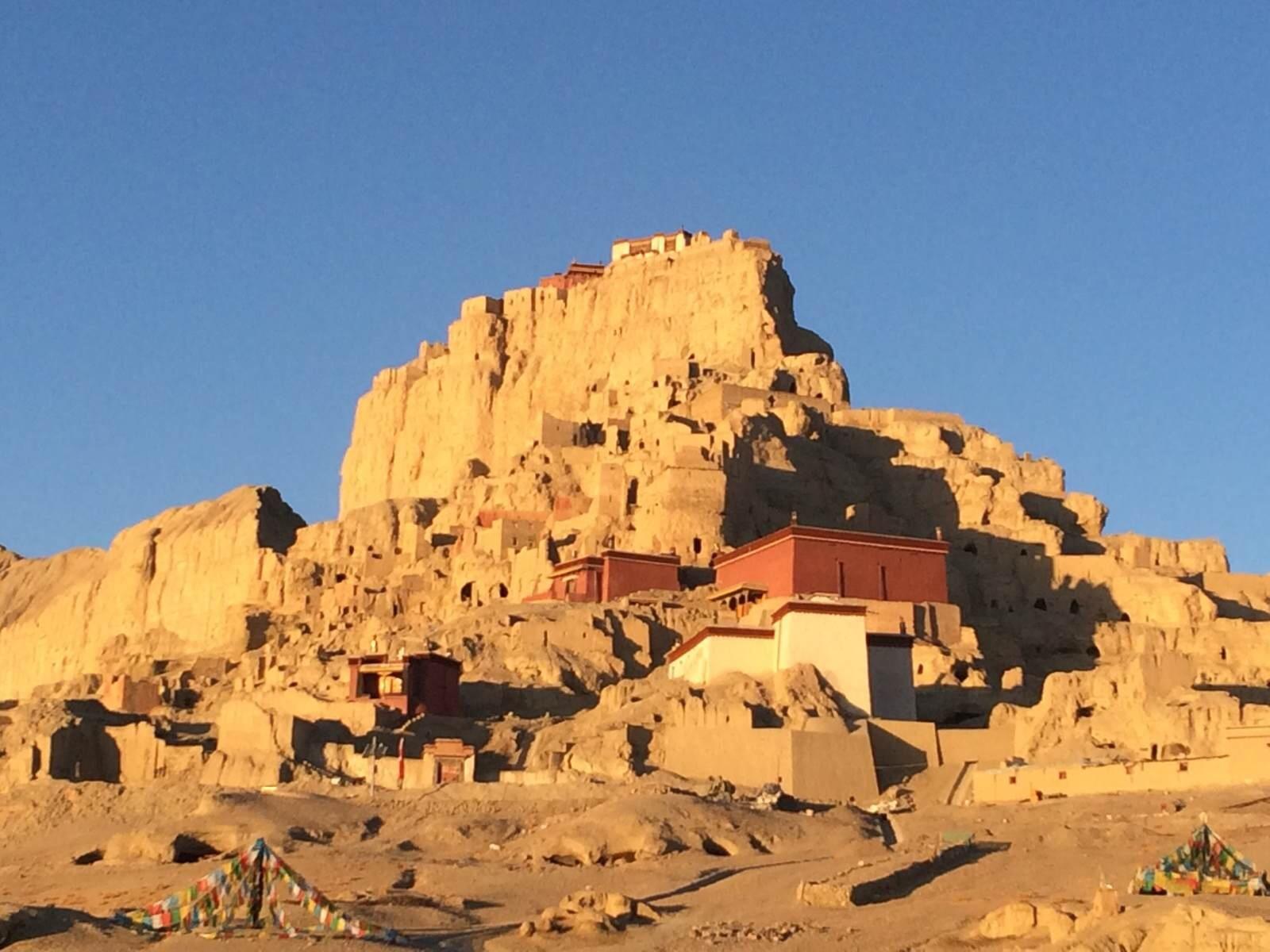 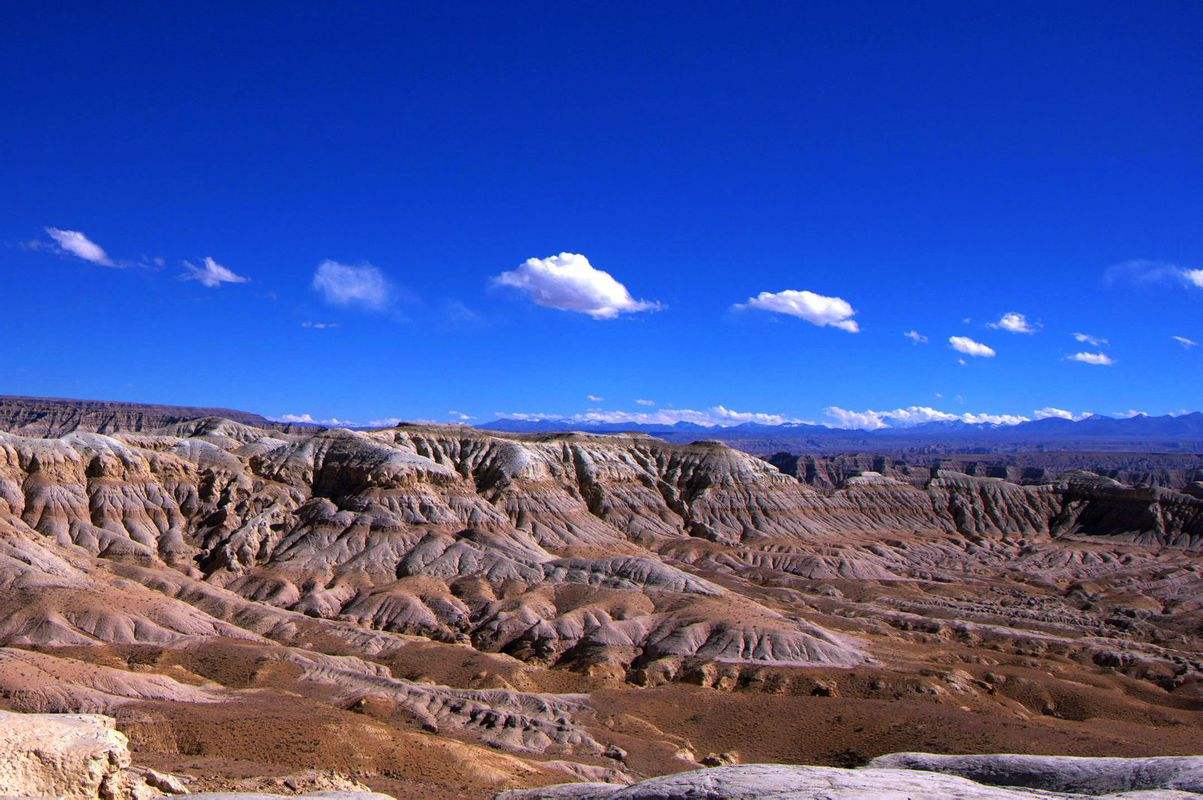 The mythical secrets of Guge Kingdom

The Guge Kingdom is the core and key position in the history of Tibet ’s economic and cultural development. At that time, many important Buddhist teachings of ancient India were introduced into the heart of Tibet from here, and this was one of the important commercial ports of ancient Tibet ’s foreign trade.

According to the historical records and investigations, the massacres and looting caused by the war are not strong and enough to destroy the Guge civilization. But in fact,  the main reason for the rapid deterioration of the Guge Kingdom is where it is full of sandstorms and drought. Indeed, the desertification of the Guge Kingdom Ruins is now very serious. However, at that time the oasis that could feed 100,000 people, but now was little left today. The question is where the 100,000 people have gone. If it is the migration, then there will be descendants who know the history. There are also many speculations, such as natural disasters, plagues, etc., but they are not enough to make the prosperous and powerful civilization disappear completely and suddenly, and there is no convincing evidence left. Today's Guge, only a dozen families guard the ruins of an empty city, but these people are not descendants of Guge. It seems that the Guge Kingdom's secret is difficult to be figured out in the near future.