Mindroling Monastery is the largest and most significant Nyingmapa monastery in Ü-Tsang, covering an area of about 100,000 square meters. It is one of the six major monasteries of the Nyingmapa sect in Tibetan Buddhism, the other 5 monasteries are Katok Monastery, Palyul Monastery, Dorje Drak Monastery, Shechen Monastery, and Dzogchen Monastery. It lies in Dranang County, Shannan Prefecture, Tibet, about 43KM east of Lhasa Gonggar International airport and on the south side of Tsangpo River. Surrounded in mountains, the monastery sets in the very beautiful scenery. Marriage is allowed in Mindroling and the throne of its abbot is passed on from father to son or father-in-law to son-in-law. Mindroling is famous for its masonry stone wall which is of great value in studying Tibetan architecture art and style.

In addition, Mindroling Monastery has a reputation for its remarkable research in astronomy, the Tibetan lunar calendar, as well as Buddhist scriptures, calligraphy, rhetoric, and traditional Tibetan medicine. Most of the high lamas teaching in the seminary at Potala were Mindroling lamas. What's more, many high lamas of the Mindroling Monastery were chosen to research and compile the Tibetan calendar in Mentsekhang. Those make it win the title of First Lama Institution in Tibet. For nearly 300 years, it was used as a monastic university to train Nyingma scholars and yogis from all over Tibet. Monks traditionally studied thirteen major sutra and tantra texts of the Nyingma and learned the practices stemming from various terma, especially from the lineage of Terdak Lingpa. For a time, the monastery had over one hundred satellite gompas and its throne holder was one of the most revered in Tibet. 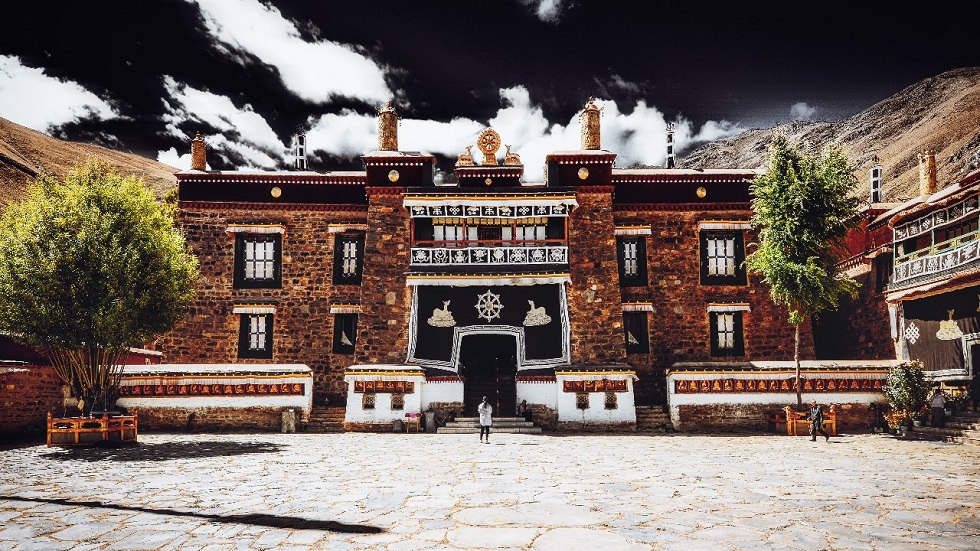 It was founded in the late 10th century and expanded in 1676 by Terdak Lingpa, the teacher of the 5th Dalai Lama highly esteemed as a treasure finder and scholar. Terdak Lingpa's lineage is known as the Nyo lineage. Later in 1718, it was severely destroyed under the Dzungar and Mongols invasion from East Turkistan. In 1720, with the support of Polhanas, it was restored under the supervision of Ugyen Kelzang and Ugyen Choedak. Then it suffered damage to its buildings again in 1959 and during the Cultural Revolution, but it was not damaged as severely as other monasteries. The reconstruction of this monastery was started in 1983, today, it is still under rebuilding. In 1959, some monks of this monastery fled to India and established a Mindrolling monastery located near Clement Town, in Dehradun, Uttarakhand state, India.

Tsuglhakhang is a 3-story Buddhist temple, the main building of Mindroling facing east. Its roof is decorated with gilded wheels of dharma chokör, male and female deer and golden dome, etc. The murals painted on the walls of Mindroling are very special. Most Buddhist figures look ferocious, savage, and ugly. These rough and exaggerated figures show the typical tantric arts.

Its ground floor is an assembly hall, you will see some nice murals of the Four Guardian Kings, the Wheel of Life, and the inventory of items painted at the gated porch. Stepping into its inside, you will see some damaged original murals, statues of Vajradhara and Terdak Lingpa. There are 3 inner chapels that you can enter from the Assembly Hall. The south chapel has a statue of Guru Rinpoche and Terdak Lingpa. The northern inner chapel is a protector’s chapel with statues of many wrathful deities. The west inner chapel has original murals and 4 meters high Shakyamuni Buddha statue accompanied by his two principal disciples and 8 Bodhisattvas. 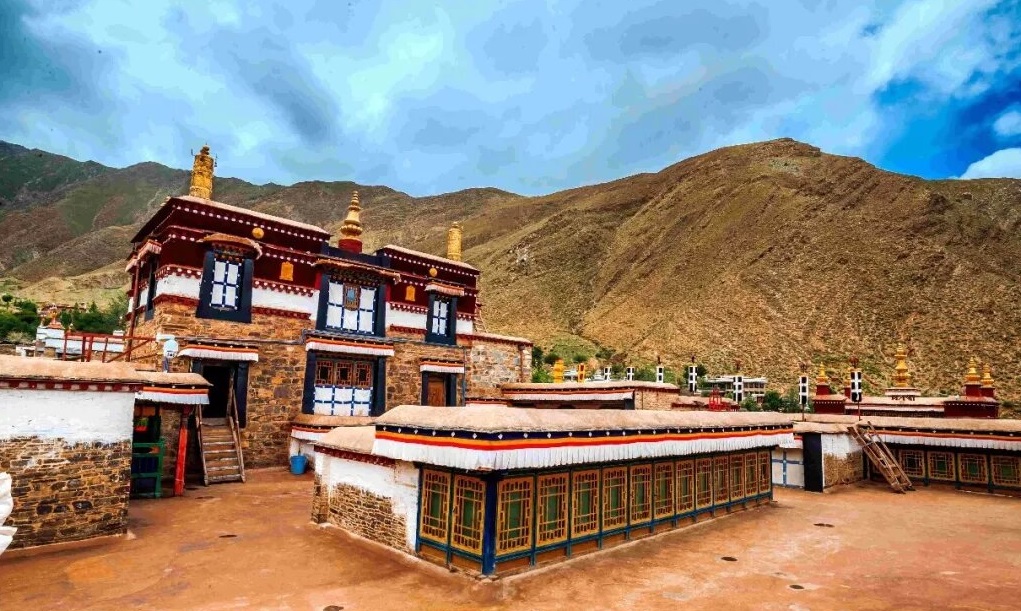 The top floor holds the central Lama Lhakhang, with some impressive ancient murals of the Nyingma lineages, plus a central statue of Kuntu Zangpo (Samantabhadri) and two 3D mandalas. The Dalai Lama’s quarters remain empty.

Walking clockwise in the monastery complex, the next building is Drubcho Sangak Podrang facing North, used for Tantric practices. Inside you can see some original murals including the famous ‘speaking’ mural of Padmasambhava (Guru Rinpoche). A giant Thangka that is unveiled once a year on April 4th of the Tibetan lunar calendar is flanked the left wall of the assembly hall. Nine days after the Tibetan calendar April 4th, monks will create sand mandalas on the ground floor of the building. 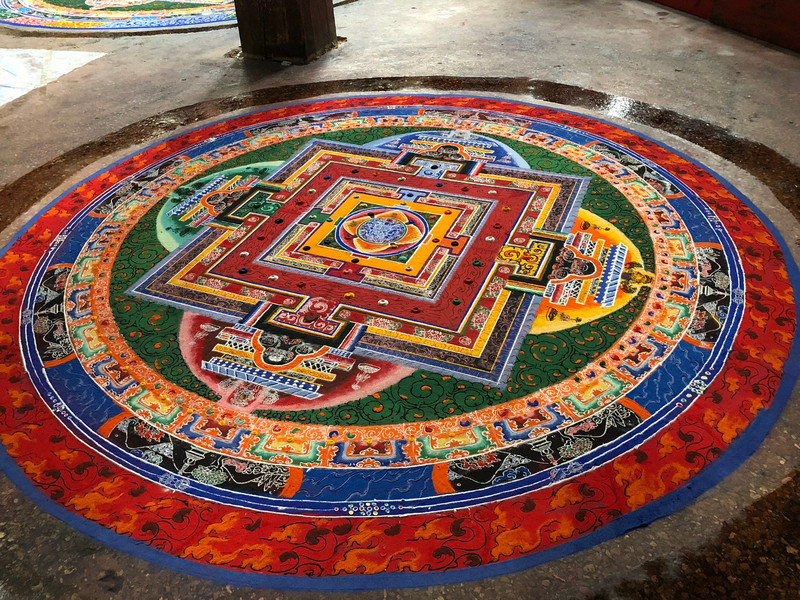 Mindrolling is also renowned for its handmade incense. It is reputed as one of the Three Tibetan Incense and has a long history of incense making. Many precious medicinal substances used in the Tibetan Medical Tradition, including white and purple sandalwood, musk, saffron, flos caryophyllata, borneol, and over 30 precious medicinal herbs and plants, would be used to make this special incense. Burning the incense will help to clear all negative influences and related diseases, prevent flu virus, improve concentration, drive away evil spirits, improve one's energy and health conditions, etc. All the procedures including raw material processing, molding, airing, and packing are completed by human hand. It is possible for you to visit its entire production procedure and the incense can be purchased at the shop beside the parking lot.