About 30km west from Bayi, 4km west off the main road, you will arrive at the stunning Lamaling Monastery located at the village of Jianqie, Burqug Township, Bayi District, Nyingchi Prefecture, Tibet. It’s also known as Zangtok Pelri Monastery and Burqug Lamaling, is the largest and most important monastery in Nyingchi. It is a Nyingmapa school monastery in Tibet Buddhism.

Nyingmapa school is the oldest school among the 4 principal schools of Tibetan Buddhism, the other 3 major schools of Tibetan Buddhism are the Kagyupa sect and the Sakyapa sect and the Gelugpa sect. Literally, “Nyingma” means “ancient” and “old” in the Tibetan language. As its doctrines were handed down from the 8th century AD and have a long history, it is called “ancient”; in addition, some of its teachings and doctrines it inherited were old Buddhism Tantras from India and teachings of Bon religion in the Tubo period, so it is called “Old”. The Nyingmapa sect, founded by Padmasambhava and based on Buddhist Tantras from India, has absorbed some of the teachings of the native Bon Religion in Tibet.

This colorful monastery was built in the unique Zangtok Pelri style of the Nyingmapa sect, which imitates the 'Glorious Copper Mountain Paradise' of Guru Rinpoche with a three-story pagoda-like temple. In 1934, the original Lamaling Temple was destroyed by an earthquake and became a ruin. In 1935, a new small monastery was rebuilt on the flat land below the ruined monastery. It was heavily damaged again during the Cultural Revolution. In 1989, the restoration works started again under the supervision of the late Dudjom Rinpoche’s daughter Semo Dechen and her husband Lama Chonyi Rinpoche. Currently, this small monastery is looked after by Chonyi Rinpoche and houses around 40 monks, 30 nuns, and a number of mountain goats. 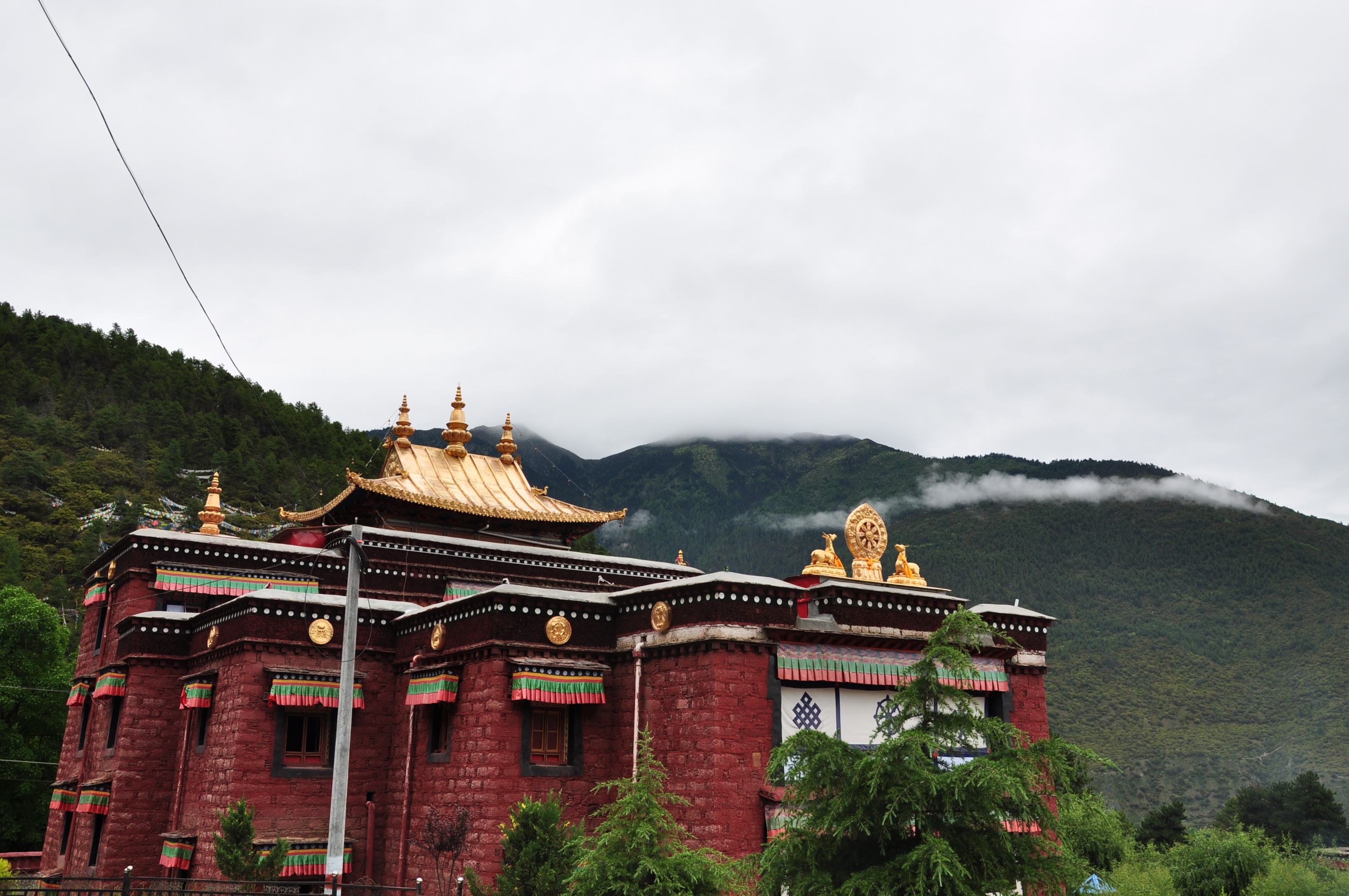 Monastery layout and sights to see

Lamaling Monastery is in the Nyingchi River valley. This river valley is a nice place for regular sightseeing, hiking, and river rafting, here you can see snow-capped mountains, unspoiled lakes, villages and ancient monasteries including the Lamaling Monastery. It is located halfway up the Norburi hill slope in a densely forested area, having a peaceful atmosphere with luxuriant green trees amidst a gently flowing stream as it is also located on the third terrace on the left bank of the lower reaches of the Nyang River and encompassed by hill ranges on three sides. Standing here, you can overlook the stunning forest-covered mountains and the delta at the mouth of the Nyang River.

The elegant octagonal main temple of Lamaling Monastery has been wonderfully restored with a fusion of Han and Tibetan artistic and architectural styles and rises through four-story. The grassy courtyard in front is home to a few doleful mountain goats brought here from Tsodzong Monastery at Basum-Tso Lake. This over 20 meters height wooden structure is with eaves (the eaves of the outer lower level have 20 angles, while the eaves of the second and third floors are octagonal) in curvature with radiantly painted beams, a prominent gilded pagoda decorated at its apex and four walls painted in white, blue, red and green against a backdrop of the golden dragon-shaped upturned eaves. The entire frontage is draped in long strings of wooden prayer beads.

In the main prayer hall, there is a kora and four protector chapels in each corner. The ground floor mainly houses a statue of Padmasambhava. And it also preserves the footprint of the Padmasambhava and Sixteen Arhat Buddha statues. The 2nd floor mainly houses the sculpture of four-armed Avalokiteshvara (Chenresig)  with the statues of Manjushri Bodhisattva and Vajrasattva Buddha on his right and left. The top floor chapel is dedicated to the "Three Saints of the West": Amitabha Buddha and two Bodhisattvas: Avalokiteśvara on his right and Mahāsthāmaprāpta on his left. Exquisite murals are painted in the monastery, they can be called a must to visit in southeast Tibet.

The adjoining building, to the right of the main monastery, is the place where religious services are usually held on the 10th, 15th, and 25th days of each Tibetan lunar month. The hall is dominated by a huge statue of Sakyamuni and more images of Dudjom Rinpoche. Pilgrims circumambulate around this building and the main temple as part of the Kora ritual. In 1987, a Dorje Trole stupa was built to the west of the old ruined temple. A 45 minutes trek from the new structure leads you to the ruins of the original monastery on the hillside. Here you can see a small chapel housing a statue of Dorje Julut, an old photo of Rinpoche and a footprint of Sakyamuni.

At the entrance gate of the monastery, you can see two large wooden male and female genitals standing beside two stone lions, it is a sight professing to drive off evil spirits. Genital worship is said to be a Bon religious practice of worship of nature in monasteries of Tibetan Buddhism, particularly of the Nyingmapa sect. It is one of the unique unusual features of this monastery. The other particular feature of this monastery is that both nuns and monks chat the Tibetan scriptures together in the main assembly hall. 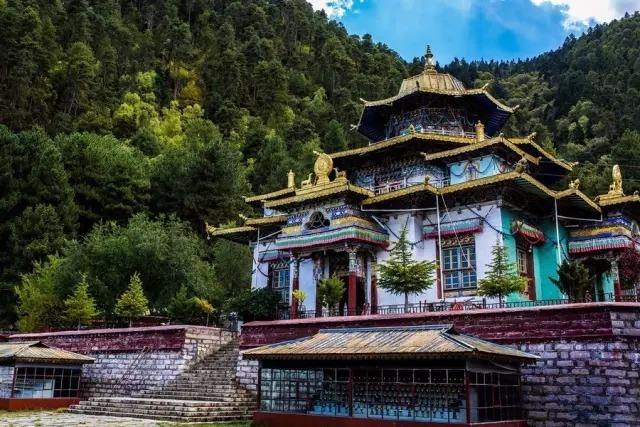