Shalu Monastery is located 20 kilometers south of Shigatse, 4km off the Shigatse-Gyantse road. It’s easily spotted because of its Chinese style, green-tiled roof. The monastery dates back to the 11th century, rose to prominence in the 14th century when its abbot, Buton Rinchen Drup, emerged as the foremost interpreter and compiler of Sanskrit Buddhist texts of his day. A suborder, the Buton, formed around him.

Shalupa, also known as Butonpa, took form under Buton's leadership. Shalupa included magical feats that monks learned to do. Some monks wore thin clothing in cold weather. They were able to raise their body temperatures to such a level that warm clothing was not needed. Other monks were able to run by leaping superhuman distances, covering long distances without rest.

Shalu Monastery is the ancestral monastery of the Shalu School of Tibetan Buddhism. It was built in 1087 AD and destroyed by an earthquake in 1329, Buton rebuilt it under the patronage of the Chinese Mongolian emperor in 1333. As many Chinese Han artisans participated in rebuilding the monastery, it has a strong Yuan Dynasty style, the walls and courtyards of the monastery are all traditional Tibetan styles, while the roof belongs to the typical Chinese style. In 1981 and 1989, the government allocated large sums of money for repairs and restored its original style and features. Right now there are more than 60 monks. 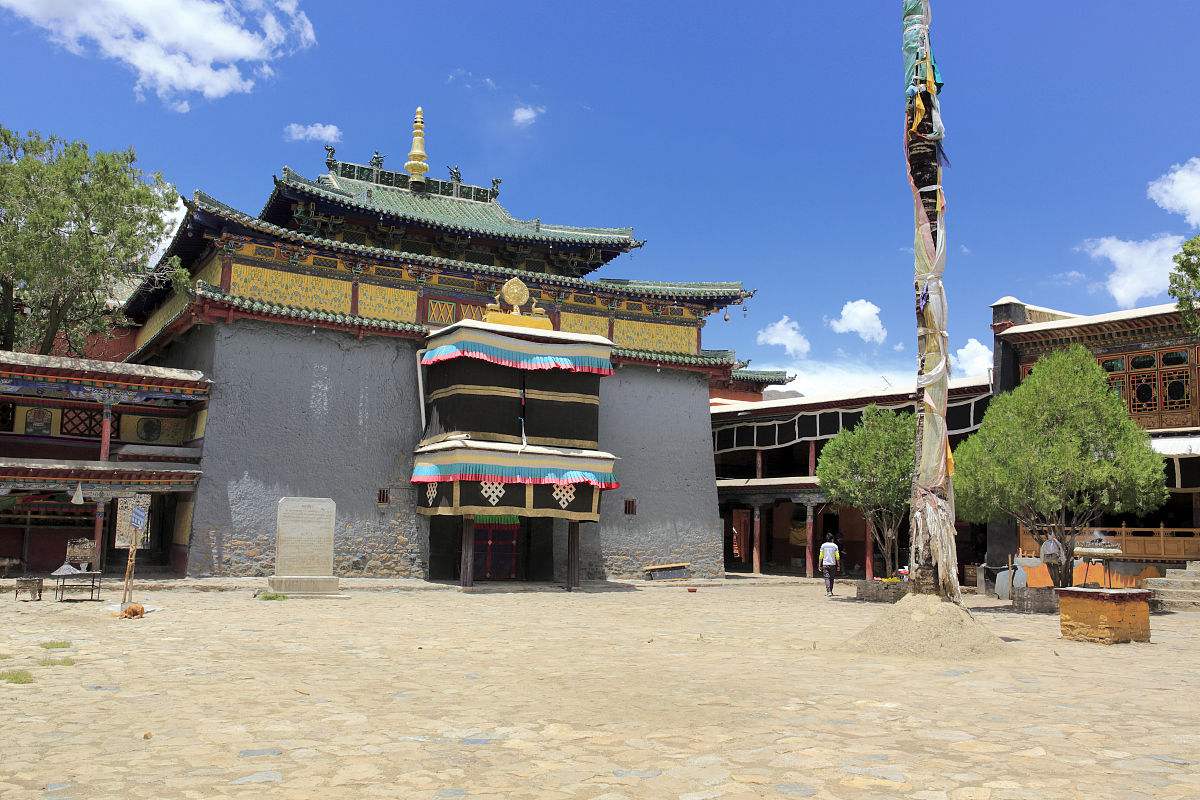 Shalu Lakhang is the central hall of the monastery with other buildings of the monastery surrounding it. On the ground floor, the Tschomchen (also a hall) enshrines Sakyamuni and his disciples. The chapels flanking the Tschomchen house Tanjur and Kanjur, two very important sutras of Tibetan Buddhism. Chapels in the roof floor are of typical Chinese blue tile design. The chapels enshrine Sakyamuni, Shalu Monastery's own Buton, and the Arhats. Arhats are those who have attained enlightenment, but whose rank and power is lower than that of a Buddha. Massive, delicately painted murals cover the walls of the monastery.

Shalu Monastery has four religious treasures. One is a sutra board, which is 700 years old and impossible to be reassembled if it is ever broken apart. A passage of sutra is printed on the board and is believed to bring good luck. The second treasure is a brass urn. It contains holy water that can cleanse away the 108 filths of human existence. The urn is usually sealed and covered with red cloth. The water is changed every 12 years. The third treasure is a stone basin that was once Chetsun Sherab Jungnay's washbasin. The fourth treasure is a stone tablet on which the mantra 'om mani Padme Hum' is written and four dagobas are carved. It was discovered during the original construction of the monastery. 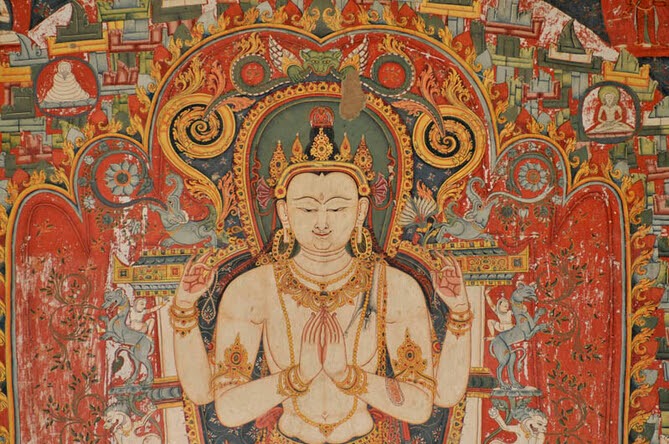 The mural in the Shalu Monastery is typical works of Tibetan Buddhism murals in the Yuan Dynasty. It is mainly based on Tibetan stories and stories of the Buddha's birth and is mainly concentrated around the first floor of the Golden Hall cloister. The style of the Shalu Monastery murals is casual, bright, and simple. Judging from the origin of its style, it was influenced by the inland arts of the central plains in the Yuan Dynasty and Buddhist arts from Nepal and India. The murals in Shalu Monastery have important reference value for the study of the history of Tibetan art in the Yuan and Ming dynasties, as well as the exchanges between Tibetan art in the Yuan and Ming dynasties and the central plains, Nepal and India.