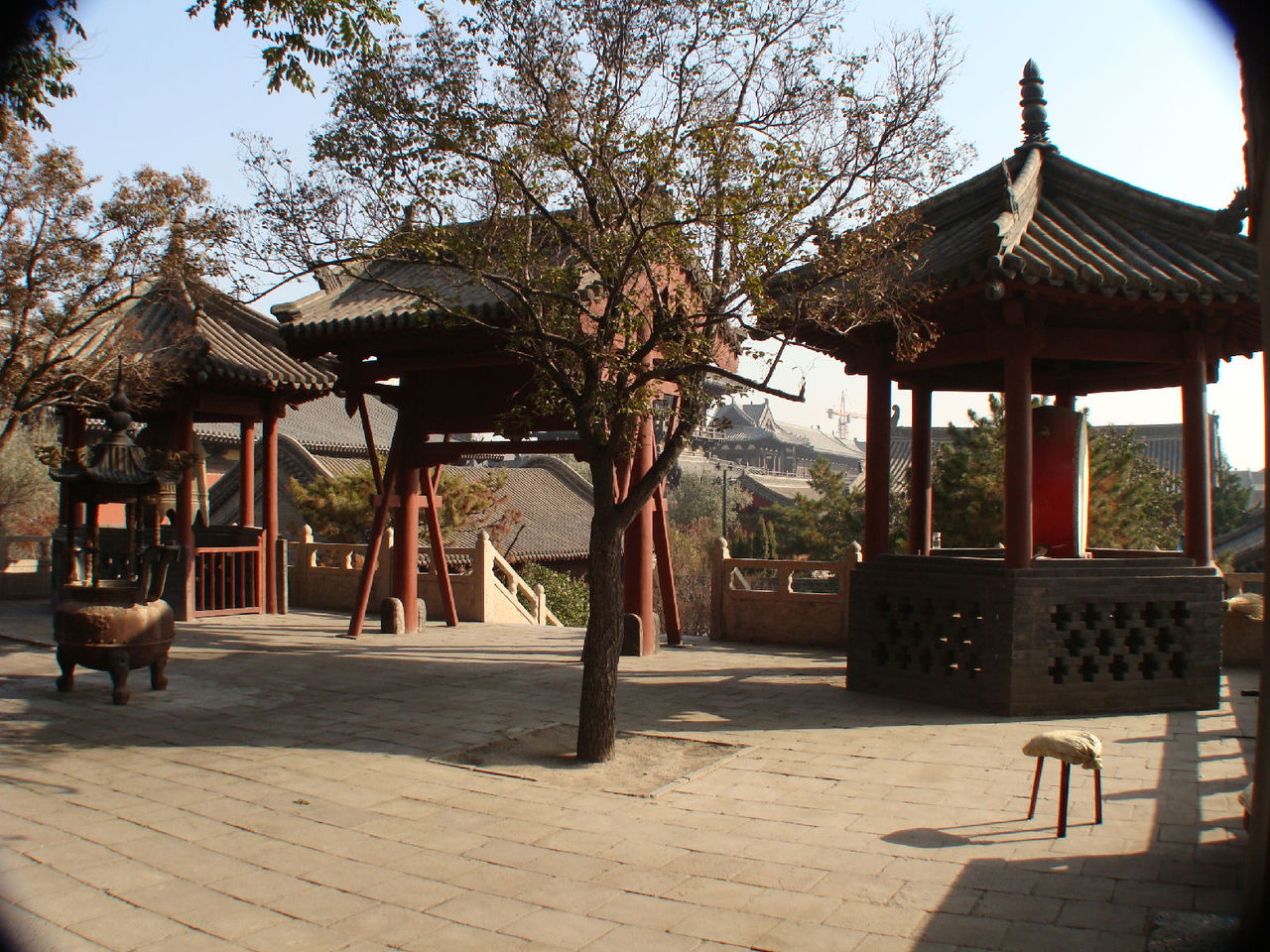 Datong Huayan Temple is one thousand year old now! It is renowned for its exquisite architectural design and impressive statues.

It's so named because it's constructed according to the sutra named Huayan sutra of Huayan sect, one of the seven sects of Buddhism.

The temple is composed of two parts: the upper monastery and the lower monastery. The architectural complex, the statues, the frescos and the caissons are the best examples of art in Liao Dynasty.

The upper monastery is the largest Buddhist palace ever preserved in China during the Liao and Jin Dynasties. 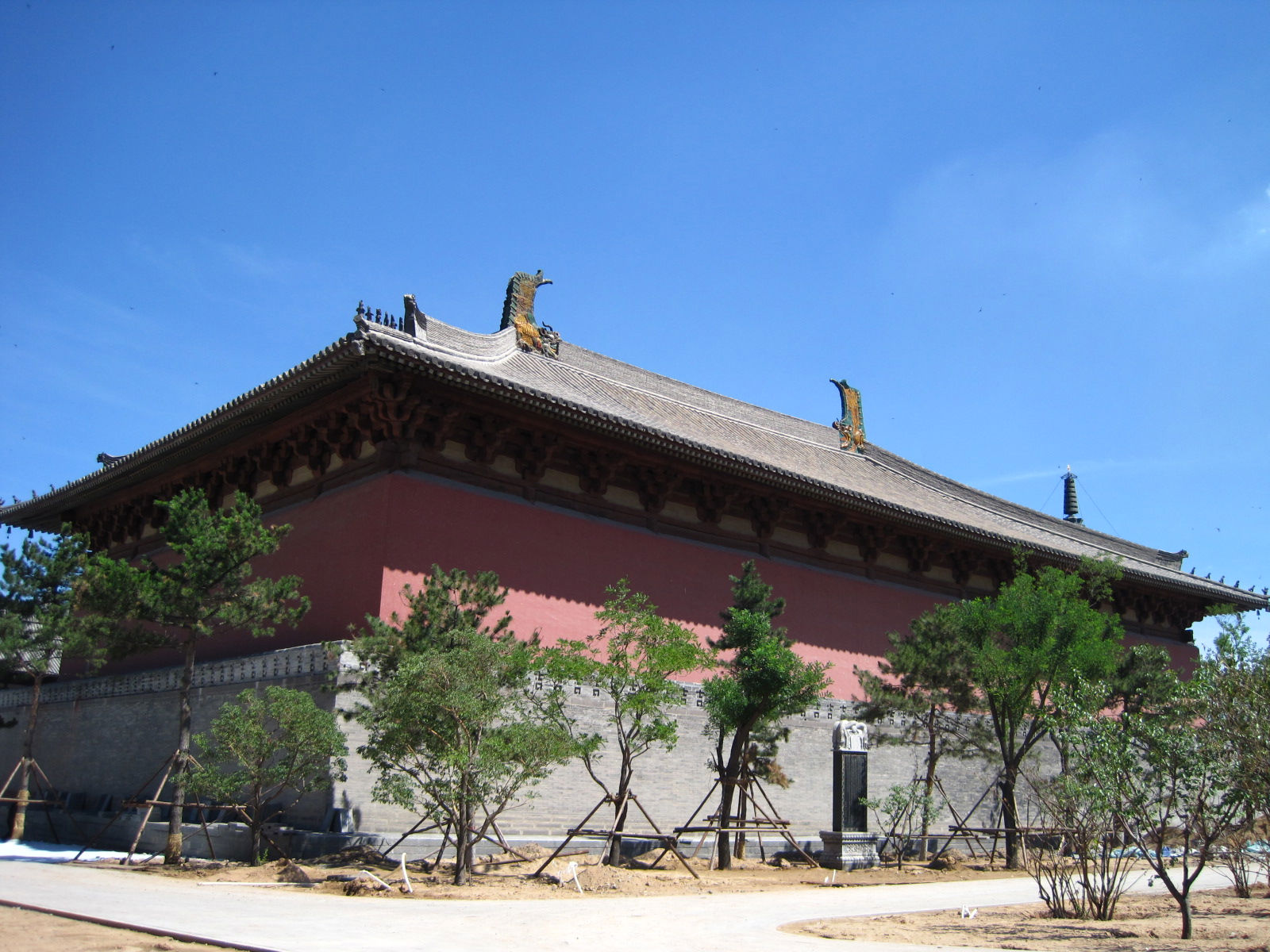 There are five Buddhist statues on the Buddhist altar, three wooden ones and two clay ones. On both sides of the alter stand another ten sculptures of gods, each leaning forward with a distinct facial expression.

The walls of the monastery are covered by 21 scrolls of mural paintings made during the Qing Dynasty, ranking the second place among frescos in other temples in Shanxi Province.

The lower monastery is located in the southeast of the upper monastery and the Bhaga Repository Hall, its main hall is used to keep the Buddhist sutra. 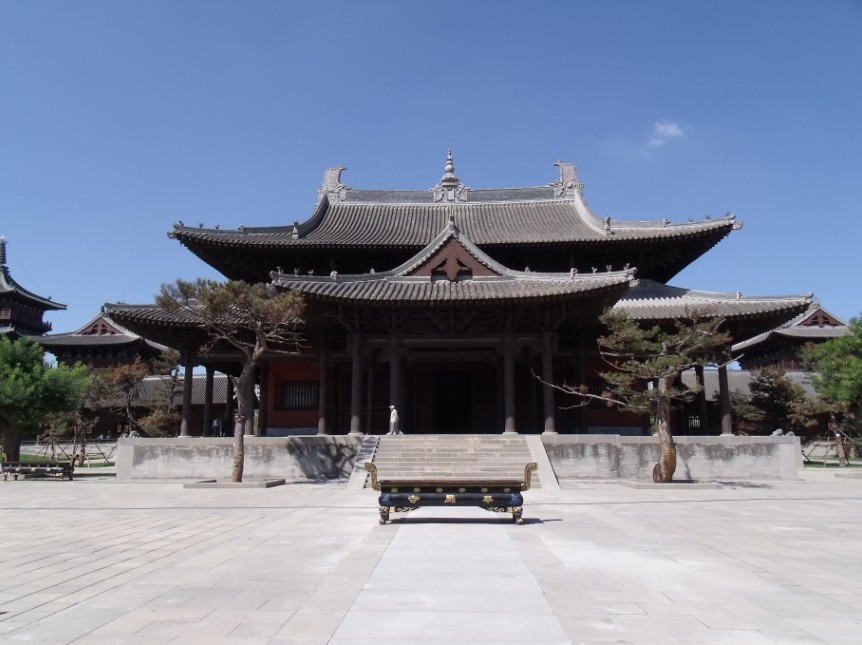 The wooden libraries amounting to a number of 38 is deliberately and exquisitely designed which showcase the high constructing skills of ancient workers and provide important source for the research of ancient art of architecture.

There are now 31 lifelike Buddhist statues completely preserved in it which have earned high comments both from the researchers and the tourists.