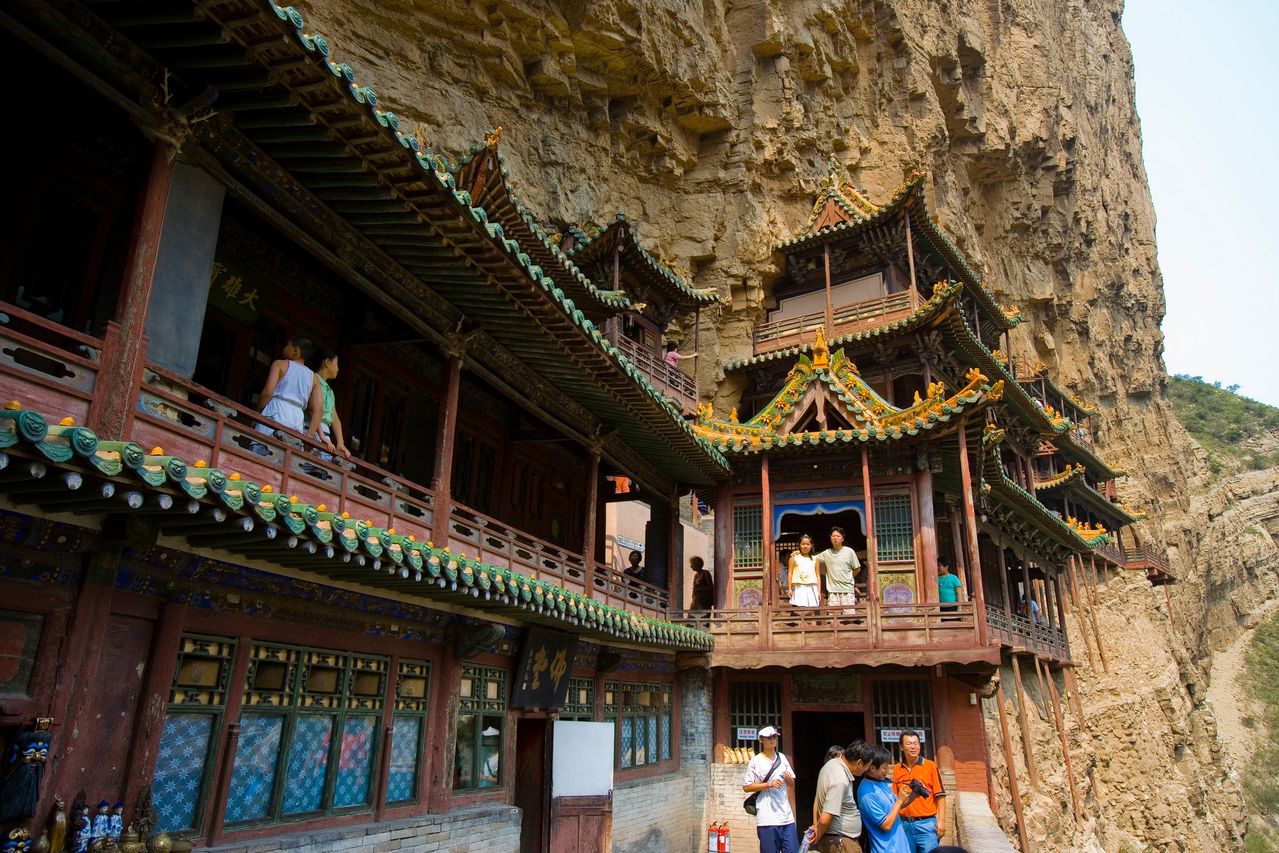 Hanging Temple is a temple built into a steep cliff of Mount Hengshan! It is a spectacular ancient temple that has combined three religions into one.

Since the whole architecture hangs 60 m. (197 ft.) above the ground, it is named Hanging Temple.

Along with Yungang Grottoes or Yungang Caves, it has been a major tourist attraction in Datong area.

Read through this China travel tips to learn more about it's location, history, ticket price, opening time and many other tips for anyone planning a trip.

Hanging Temple is 65 km. (40 mi.) away from downtown Datong in Shanxi Province.

Built in the fifteenth year of Taihe during the Northern Wei Dynasty 1,400 years from now, Hanging Temple has embodied the elements of Buddhism, Confucianism and Taoism making it the only temple of this characteristic ever preserved in China. 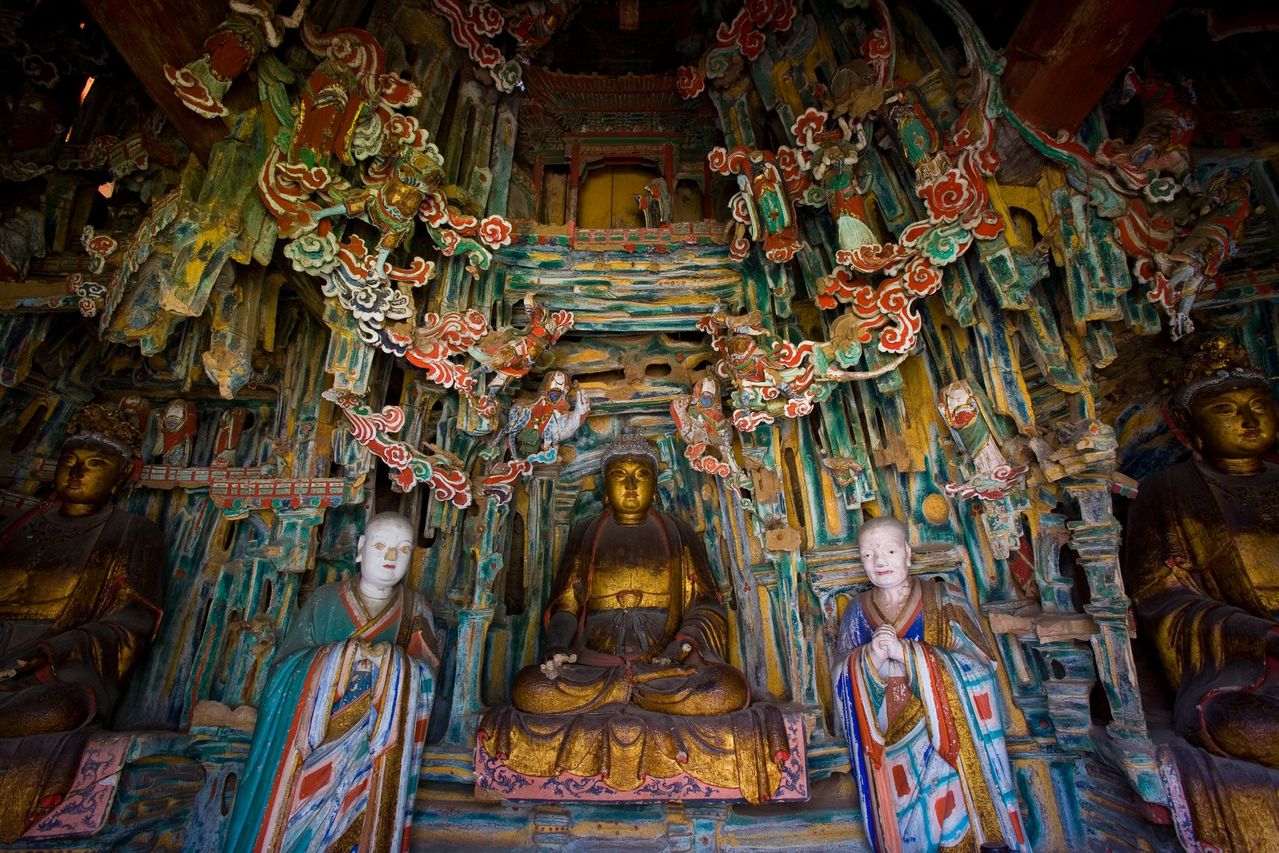 The whole temple has a wooden framework and a unique mechanical theory is applied when building it.

The crossbeams were half-inserted into the rock and pillars were also erected. What makes people curious is that most of the pillars don't serve the supportive purpose and it's the rock there that is used as foundation.

How does the Hanging Temple survived the rains and sunshine for so many years? The answer lies in its location.

It was originally lower to the ground, facing the danger of being smashed by the river besides it. People added stilts to raise it up along the cantours of Mount Henshan's cliff face.

Since it is built on the cliff, it can safely escape the wash of floods. Besides, the mountain peak serves as eaves to protect it from any possible harsh weather; the mountains around can also shield it from the strong sunlight acting as natural protective walls.

However, Hanging Temple is not only notable for its distinct geographic location but also for the large numbers of  iron, copper and clay statues found in 40 palaces well preserved in the temple all of which are of exquisite designs.

The sculpture of  Sakyamuni, Confucius and Laotzu appearing together in the hall are particularly attractive and are evidence of the Hanging Temple balancing the thoughts of Buddhism, Confucianism and Taoism. 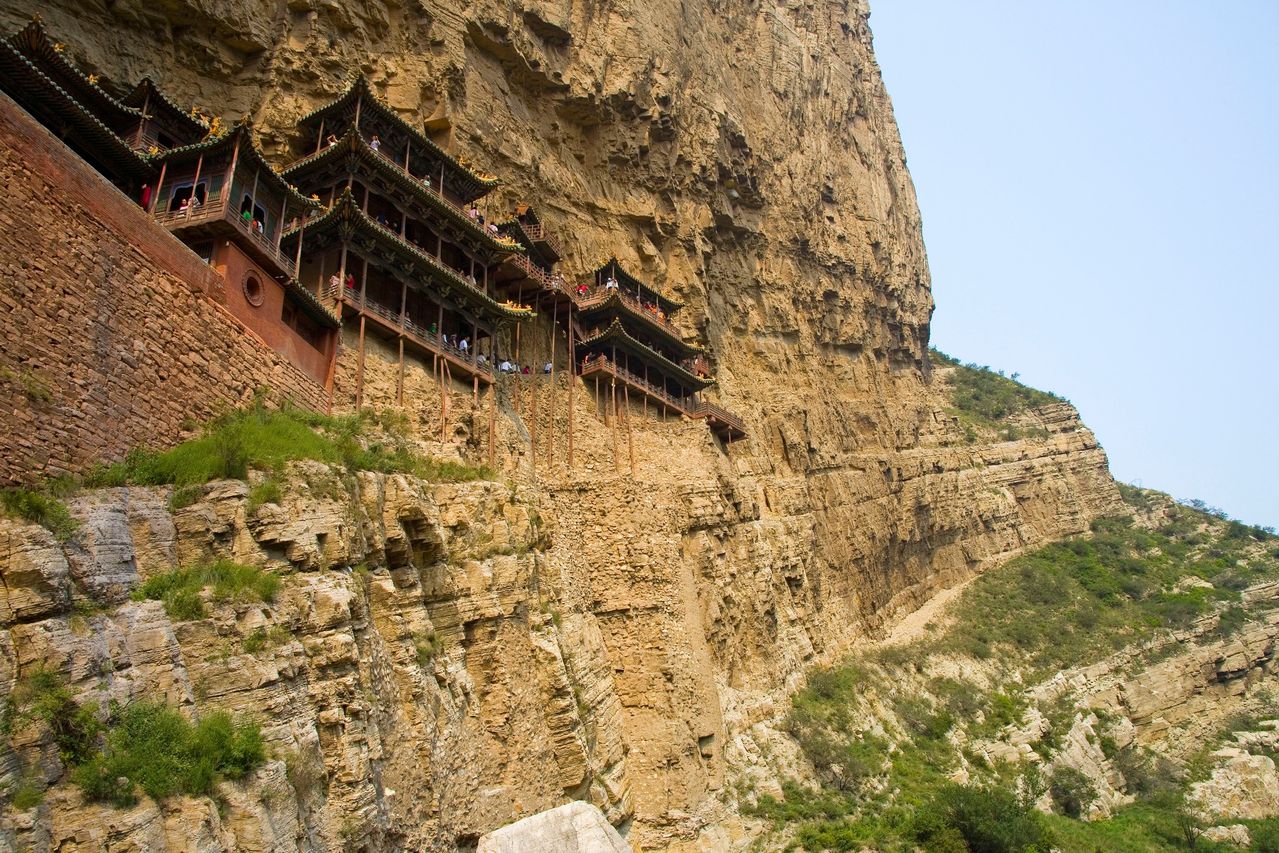 Seen from below, Hanging Temple looks like a tumble-down castle in the air and walking in the narrow corridors gives you the exciting feeling of taking an adventurous trip on the cliff.

As it's located on the cliff and surrounded by mountains, far from the hustle and bustle downtown area without disturbance of rooster crowing and dog baking, it coincides right with the Taoist principle of staying away from noisiness of secular life.

Chengdu
⇀ Chengdu
...
Chengdu ⇀ Leshan ⇀ Mount Emei ⇀ Chengdu
3 days
∙ Private ∙
Spend two days at Mount Emei to have an in-depth tour including the visits to half mountain of Wannian Temple and the Golden Summit of the Golden Statue. Additionally, you will also visit the Panda Base in Chengdu and the Giant Buddha at Leshan.
Add to shortlist
From A$ 478
View tour >