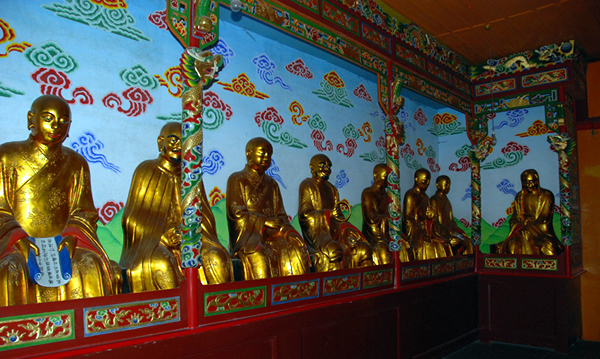 Wannian Temple (万年寺), which means "Temple with Thousands of Years of History" in Chinese, is located on Mount Emei and is one of the primary temples on the mountain.

Wannian Temple was originally built in the Jin Dynasty (265-420) and named Puxian Temple (普贤寺). Located only 15 km (9.3 miles) from another of Mt. Emei's famous Buddhist structures - Baoguo Temple, the Wannian Temple is well known for its three valuable treasures: the Beamless Hall, its renowned Puxian Buddha Idol, and the Tooth of Buddha.

Historical records show that Wannian Temple was seriously damaged by a large blaze in 1946, such that the beautiful wooden temple halls were burnt completely down and only the brick structure of another building, constructed during the Ming Dynasty, remained. Seven years later, two of the destroyed temples were rebuilt and the brick palace now called "the Beamless Hall" came into being. "Beamless Hall" is 17 meters (56 feet) high and resembles a Mongolian yurt, with a dome roof and square floor, which are said to represent the ancient ideals of the sky (found in the dome) and the earth (in the square floor).

The Puxian Buddha idol, as its name suggests, was built in memory of the bodhisattva Puxian, believed to be the protector of Mount Emei. The large idol, dating back all the way to 980 A.D., is now housed in Beamless Hall, and towers 8.5 meters (28 feet) high, cast in copper and bronze and weighing an estimated 62,000 kg (136,686 pounds). This Buddha idol is situated on a white elephant and supposedly if you can manage to rub the elephant's back, it will bring you years of good fortune.

Another reason Wannian Temple is famous is the so-called "instrument-playing frog." Legend has it that there is a special kind of small frog on Mt. Emei in the rectangle pond to the right of the Wannian Temple, and every evening, pleasant sounds can be heared from the frogs. 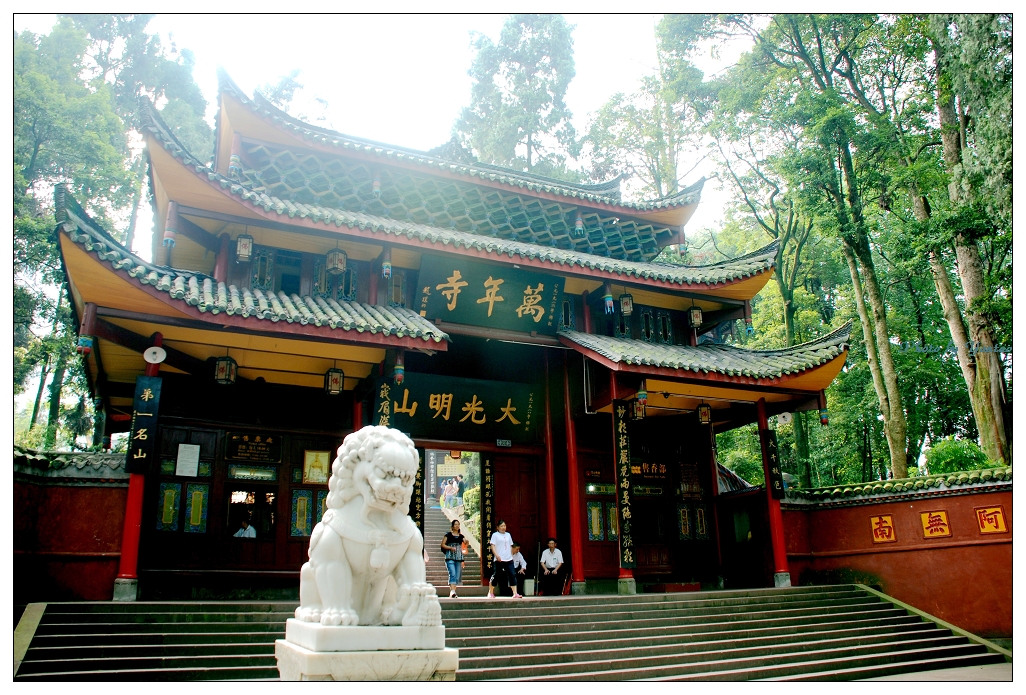 Wannian Temple also preserves a precious tooth believed to belong to the Buddha, measuring 3.2 cm (1.28 inches) and weighing 6.5 kg (14.3 pounds). It was sent by a monk from Sri Lanka during the Ming Dynasty, who claimed that when Sakyamuni was cremated in the fire his teeth were well preserved. Scientifically, however, the tooth has been proven not to belong to Sakyamuri or any other human, but in fact, to ancient elephant from over 200,000 years ago - still an impressive relic!

The impressive Beamless Hall, the well-known Puxian Buddha idol, and the impressive Buddha Tooth, together with the mysterious instrument-playing frogs, create an authentic Buddhist atmosphere and are sure to make your Mount Emei trip a lifelong memory to share with your friends and families!