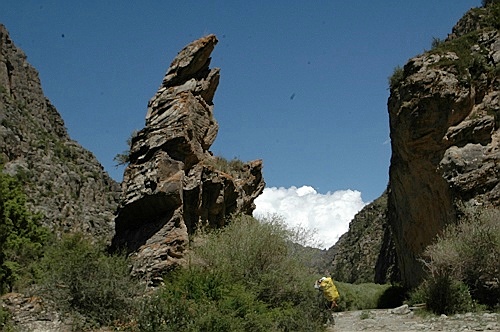 Helan Mountains has clouds and thin mist rising from the bottom of the mountain, making it an mysterious spot.

It's rock paintings along with rare animals, plants and rich minerals are also impressive. Read on WindhorseTour travel tips on its location, key attractions, ticket price, and beyond.

Its main peak stands 3,556 m. (11,666 ft.) above sea level and the mountain is featured by a not too steep slope on the western side and a fault geological structure on the east bordering the Yinchuan Plain.

There are now 665 species of plants plus 180 kinds of animals on the mountain. In 1988, Helan Mountains was declared as a  nature reserve under national protection by the State Council.

Helan Mountains is rich in mineral resources and the deposit of coal is particularly large. The mining area is around 40 sq.km with nine coal layers and reaching a deposit of 1.5 billion tons.

Helan Mountains now is included in the list of the ten newly developed coal mining areas in China. In the west of Helan Mountains live the bactrian camels which serves as an important tool for people to cross the desert as well as Tanyang (a kind of sheep raised in Ningxia and Gansu).

Besides, 58 large and small salt lakes lie in the desert of the western Helan Mountains.There are many places of interest in the surrounding area of Helan Mountains such as the mysterious imperial mausoleum of Xixia Dynasty and the remains of the Great Wall in Ming Dynasty. 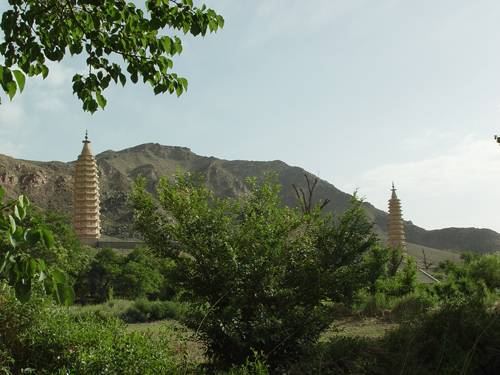 What makes it famous to many visitors is the precious cliff paintings distributed in the east of the mountain which has aroused the attention of experts and researchers from many related fields including artistic circle, historian circle and rock art circle.

Besides, Helan Mountains serve as a natural boundary for grassland and desert and the climate differs greatly on the eastern and western side of it.

It's also a watershed that decides the outflow and inflow areas of rivers in our nation.

Final travel tips for you: the ticket price of Helan Mountain is 20 RMB (3.3 USD).

Chengdu
⇀ Chengdu
...
Chengdu ⇀ Leshan ⇀ Mount Emei ⇀ Chengdu
3 days
∙ Private ∙
Spend two days at Mount Emei to have an in-depth tour including the visits to half mountain of Wannian Temple and the Golden Summit of the Golden Statue. Additionally, you will also visit the Panda Base in Chengdu and the Giant Buddha at Leshan.
Add to shortlist
From € 304
View tour >