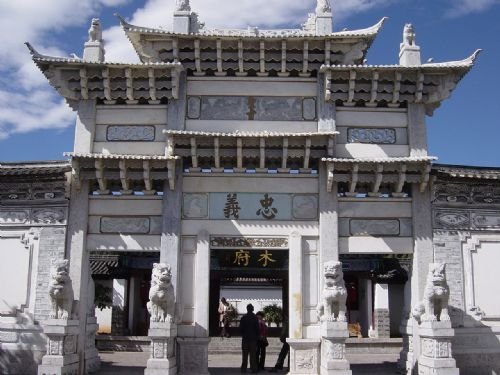 Located in the southwest of the Old Town of Lijiang City, in Yunnan Province, the Mu's Residence is the Tusi Mu's Yamen, political, cultural and commercial center of the Nakhi Ethnic Group in the ancient time. Looked from a far distance, it likes a grand imperial palace and it is famous for its grandness and architectural buildings, being regarded as a cultural heritage and the Forbidden City in Yunnan, which can best reflect the local culture of Nakhi people.

The Mu's Residence has a long history which can be dated back to Yuan Dynasty about 1,000 years ago when Tusi Mu was the ruler of the Nakhi people. During their reigning, this residence was the center of politics, power and wealth in ancient Nakhi Ethnic Group. When it came to the prime time of the Tusi Mu, the residence covered an area of over 100 mu (about 16 acres) and consisted of almost one hundred buildings. It holds the majestic essence of a imperial palace and was regarded as a miniature Forbidden City. Although most of the residence was damaged owing to many years' vicissitude, it has been renovated for many times to its original glory and there still remains a splendid palace with grand momentum. 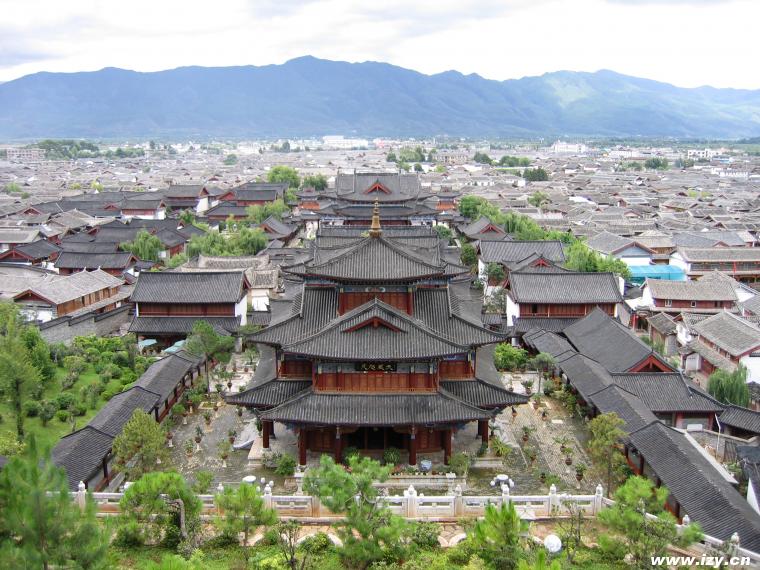 Nowadays the Mu's Residence covers an area of 8 hectare and spans a length of 396 m. It sits against the Lion mountain, Jade Dragon Snow Mountain and near the Huanyu River. The whole area can be divided into the office area and the daily life area. When you enter into main gate, a grand Meeting Hall at the end of a vast square will come into your sight, which gives you a prelude of the meeting area. When you go deeper, you will find that there are many palaces, halls, houses distributing in different parts and the living area of the Tusi and his families situated in the north. All the buildings can reflect the traditional Chinese architectural style during the Ming and Qing Dynasties and its layout is arranged according to the pattern of the Forbidden City.

If you come here, you can also find a pavilion with numerous books of sutras paintings and calligraphy works of famous scholars, which will enable you to get more knowledge of the rich culture and religion of the ancient Nakhi people. You can also go hiking to the Lion Hill form the back of the residence. The entrance fee is 35 RMB and if you are interested in architectures and Nakhi culture, just come here to enjoy the grand imperial palaces.