The Songzanlin Temple is a group of magnificent and solemn architectural buildings located in the Shangri-la county and is regarded as the largest and the grandest Lamasery in Yunnan province. It was built at the foot of Foping Mountain and is an important religious site. For unique appearance, it is also called the Small Potala Palace and is famous for its cultural heritage which makes it an important resorts in Shangri-la. 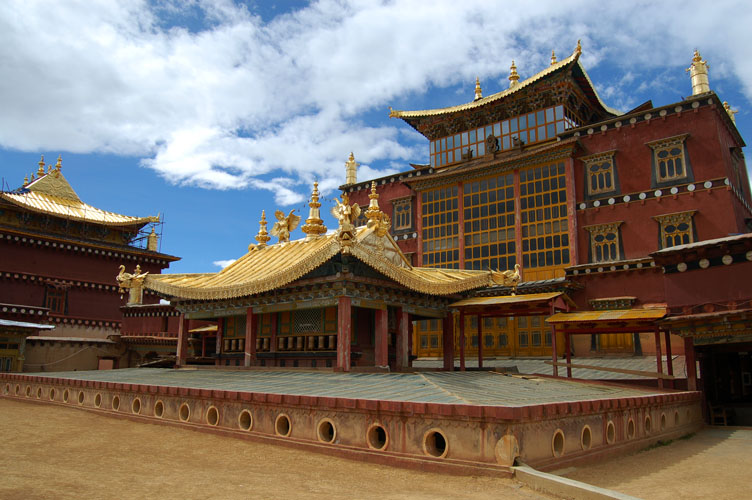 The Songzanlin Temple was built by the fifth Dalai Lama in 1679 who was one part of the Yellow Hat sect. Looked from a far distance, the temple likes groups of grand ancient castles having gone through many years' vicissitudes but didn't lose its once glory. The whole temple consists of two lamaseries, Zhacang and Jikang and all the buildings are endowed with the gilded copper roofs of strong Tibetan architectural style. You will also find 108 (an auspicious number in Buddhism) columns downstairs which also feature the temple with characteristics of Han nationality. If you are interested in architecture, this temple is surely your good choice.

When you enters the main hall of the Songzanlin Temple, you will notice that there are many wonderful frescos, Buddhist tales and legends caved on on both the left and the right sides. The inside-halls are exquisite with long corridors running through and all the corridors are decorated with beautiful sculptures and delicate frescos which can best reflect the workmanship of the ancient people. There are also lots of golden Buddhist Statues, golden lamps, Tibetan scriptures, silver censers and so on which are accumulated from the past dynasties. They are precious work made by people of both Tibet nationality and Han nationality which a regarded as treasury of cultural heritage. 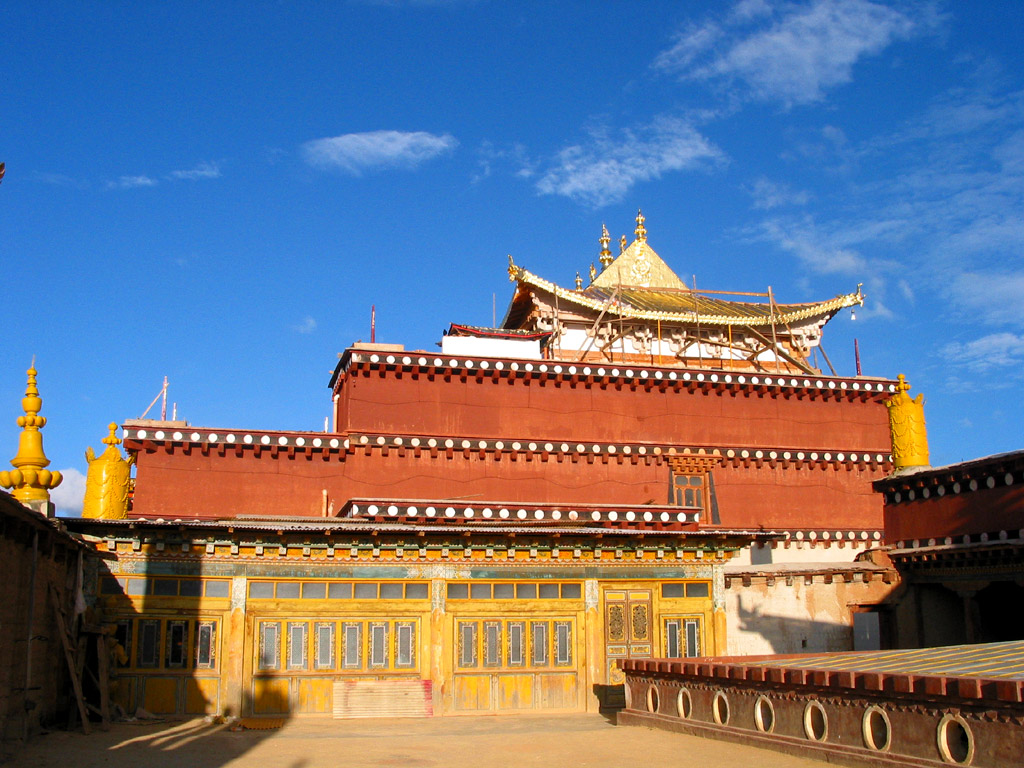 There are more than 700 monks living in the Songzanlin Temple and all the monks are divided into different class and groups according to their different birth place. All the people are living in their own groups with a member of about 20 and there is a special system for discipline. The temple is famous for its ancient culture and is attracting more and more people from home and abroad.

The best traveling time is spring and summer for the temple is situated in the high altitude region over 3,300 meters (10,827 feet) high and it snows even in August and rains a lot from June through September. If you want to buy some souvenirs, there are also some vendors enable you to buy some local products such as the Tibetan knives. There are couches from Shangri-la and you can also take No. 3 bus directly to the temple. The entrance fee is 85 for adults and 55 for children and Spend a half a day here, you will surely be fascinated by the charming culture of the temple.