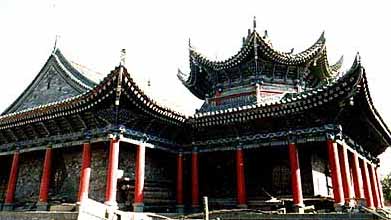 Urumqi South Mosque is located in the downtown area of Urumqi City, Xinjiang Uyghur Autonomous Region and is an important center for Islam worship.

Built in 1919 and renovated for three times, the mosque covers an area of 464 sq. m. (0.1 ac.). It was listed as one of the historic heritage under the protection of the government in 1985 and has attracted many tourists to visit or worship here both from China and from overseas.

The most eye-catching attraction of Urumqi South Mosque centers on the the impressive and exquisite prayer hall.

When you enter into the mosque, you can find the roof of the prayer hall is covered with glazed tile and with the design of multiple eaves, boasting the ancient beauty of the architectural building.

Behind the prayer hall, you are presented with brick wall and wooden door and peculiar corridors with delicate craving such as dragon on both sides of it. 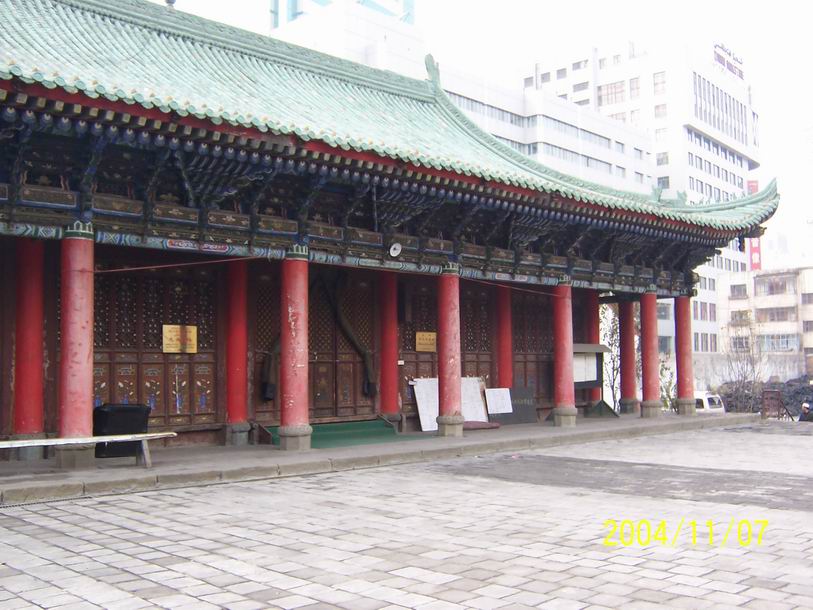 Most people coming to the Urumqi South Mosque is to worship. With more than one thousand people in the prayer hall, it is a grand sight. Besides the prayer hall, there are also the bathing pool, the guest reception hall, the Kerygma tower, the Imam's room.

There is one imam in the mosque and about 1,100 church men, all belonging to the ethnic Hui Nationality in China. We recommend half a day here to savor the great combination of architectural building and religious atmosphere.