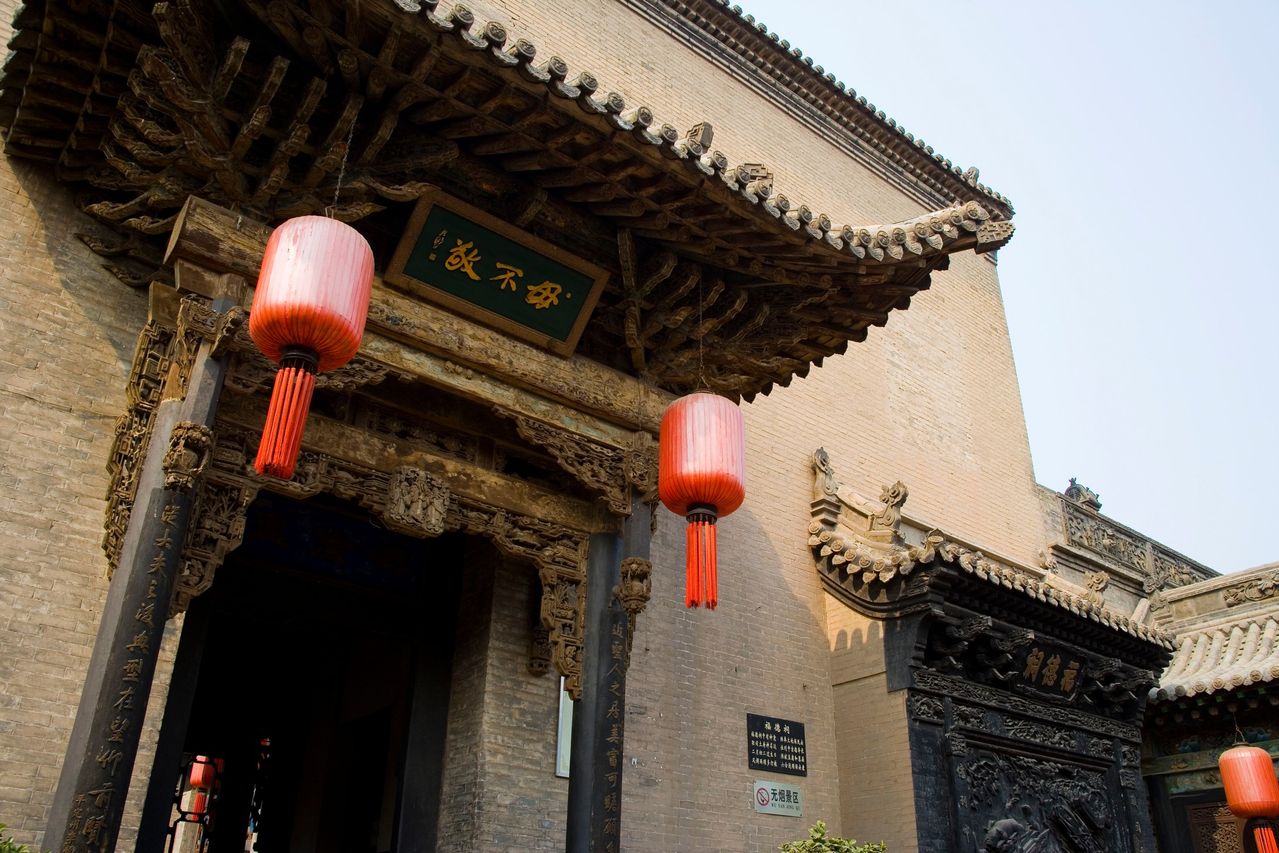 Qiao's Family Compound is a large architectural complex whose magnificent building reflects the unique living styles of northerners in ancient China during the Qing Dynasty.

It's originally built in 1756 during the Qing Dynasty and was possessed by Qiao Zhiyong, a famous business man in that historical period.

The compound was renovated twice and enlarged once to become the present magnificent building which reflects the unique living styles of northerners in ancient China during the Qing Dynasty.

The compound is an enclosed castle-like architecture which occupies an area of 4,175 sq.m. (44,939 sq. ft.) and is now composed of six large courtyards, 20 small courtyards and 313 rooms. 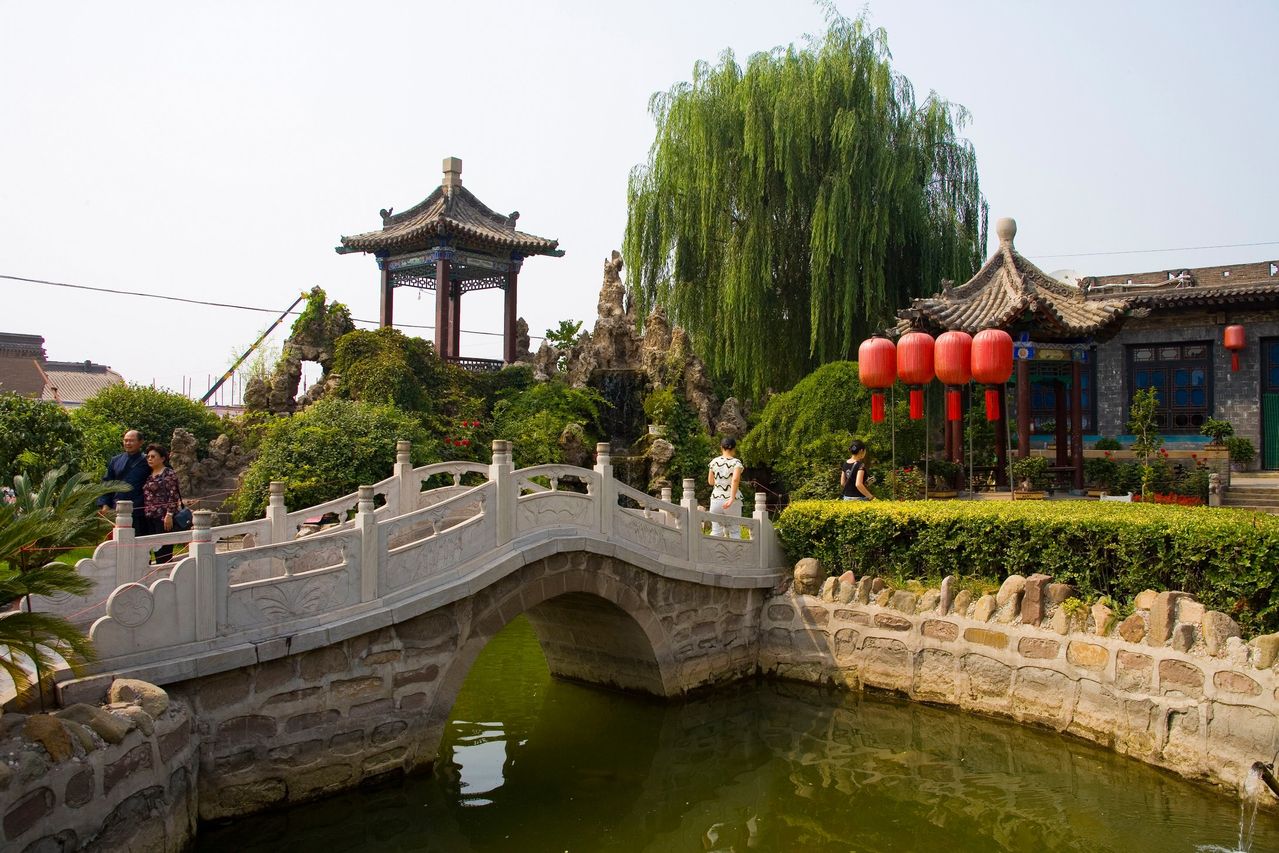 It does not connect to any neighborhood houses and has three sides facing the street. The yard is guarded by parapet walls which is as high as ten meters to stay away from the fierce competition of the outside business world.

Some girls of large families used to climb up the wall to see the outside world out of curiosity which is not allowed at that time. Gradually, that kind of wall became known as "Nv'er Qiang " which means daughter wall literally.

You enter the compound by walking along an 80-m. (262 ft.) long paved path which leads to the main hall. When you reach its end, you will find the ancestral temple of the Qiao family.

The compound is divided by the path into two parts: the Southern Yard and the Northern Yard which are further divided into several small sections, each having a name that suggests the location of these relatively small yards.

Another important feature of the compound is that the roof of every house is connected and the style of the chimneys vary from each other.

What makes Qiao's Family Compound renowned is not only the scale of it, but also its unqiue design and unmatched craftsmanship reflected by brick carvings, woodcarvings, murals and the precious tablets existed there. 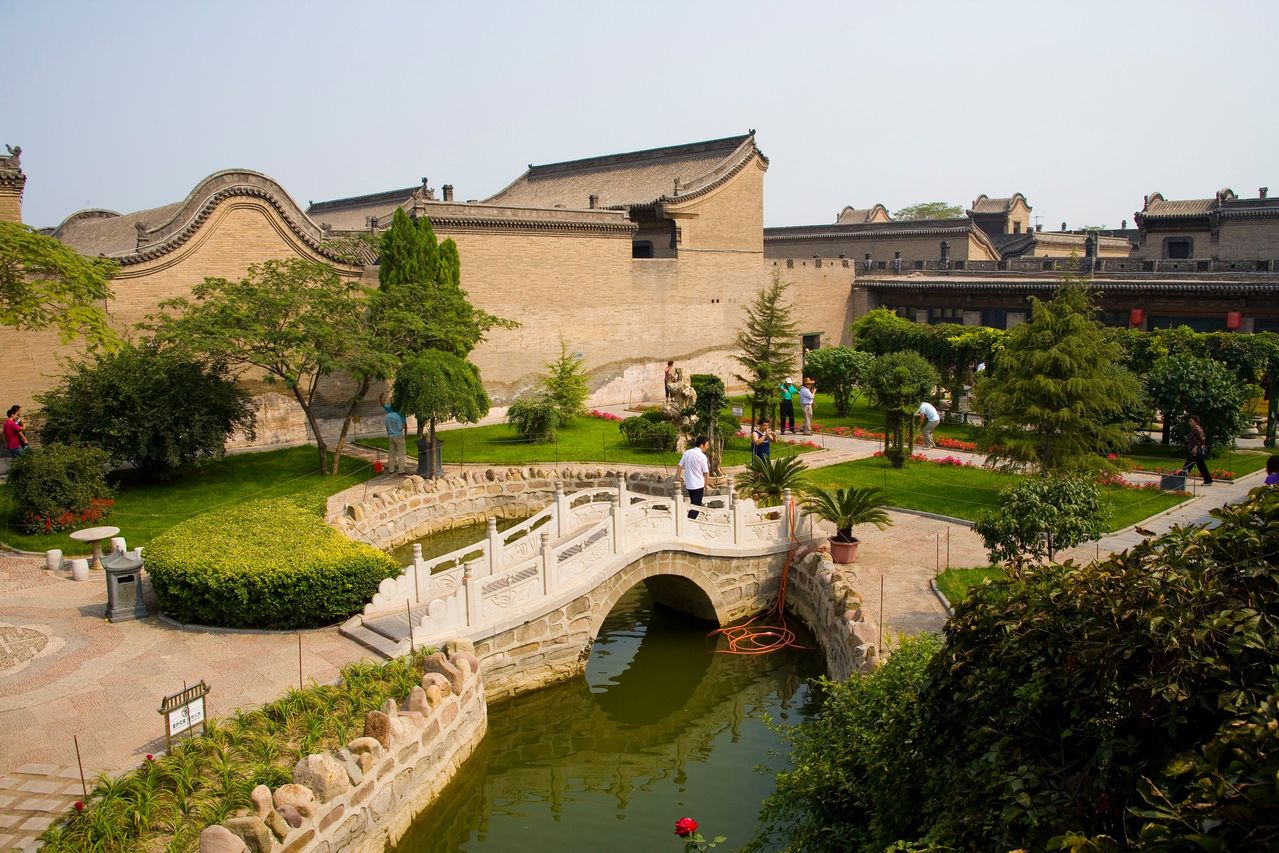 Brick carvings can be found on the wall and balusters, depicting various subjects such as flowers which all bear auspicious meanings.

The lifelike wood carving are also highly praised by visitors along with those beautiful gold murals found under each eave of the compound.

Final travel tips for you: ticket price for Qiao's Family Compound is 40 RMB (6.6 USD). There are lots more China Travel Tips to help plan your trip. Read, Learn and Share.

Shanghai
⇀ Shanghai
...
Shanghai ⇀ Mount Huangshan ⇀ Zhouzhuang ⇀ Shanghai
7 days
∙ Private ∙
Natural scenery
This tour combines a visit to China's most prosperous Shanghai and Mount Huangshan. A one of a kind geological mastpeice with a summit that floats above the clouds. Experience the most remarkable sunrise and stop to visit a picturesque village.
Add to shortlist
From ¥ 6,200
View tour >