Gaomiao Temple boasts unique ancient buidlings that combines three religions into one. The highlight of the temple is its one and only torturing scene presented by its human figurines.

Travel tips for Gaomiao Temple starts with a brief introduction. Located in the north of Zhongwei City in Ningxia Province, Zhongwei Gaomiao Temple is well know for its unique architectural style.

All the main buildings are scattered on an axis to echo with a traditional symmetrical and balanced style of most Chinese ancient architecture.

Another feature of Gaomiao Temple is that it has combined three religions of Confucianism, Taoism and Buddhism into one and housed numerous images of these three religions. 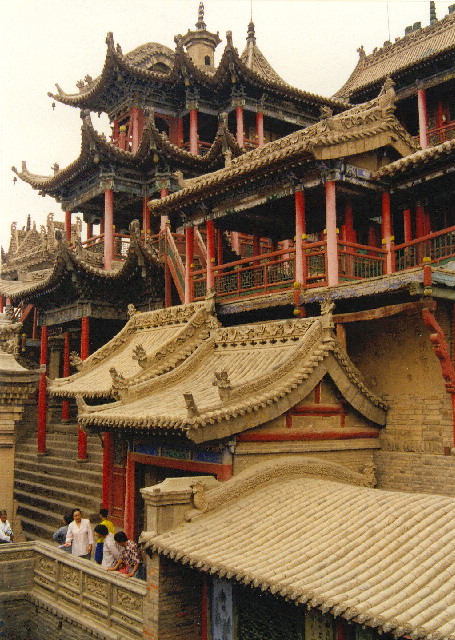 Zhongwei Gaomiao Temple was originally built in Ming Dynasty during the reign of Emperor Yongle (1403-1424). Due to the damage of earthquakes, it was rebuilt when Emperor kangxi (1654-1722) of the Qing Dynasty came to power.

Thereafter, it was rebuilt and repaired many times during the reign of other emperors of the Qing Dynasty. At that time, it was named "Yuhuang Temple" and later changed to "Gaomiao Temple" after the founding of new China in 1949.

Gaomiao Temple is so named because it has more than 260 pavilions and halls built on a high terrace of 4,000 sq.m with Wuyue pavilion, Yuhuang pavilion and Shengmu pavilion on its top.

You reach its top by climbing up 24 stone steps, passing the archway, the Heavenly Southern Gate and the central building. There is also a Baoan Temple in front.

Looking from the distant, you'll be impressed by deliberately carved eaves of the building, the high raised upturned roof-ridges and the corridors zigzaging far.

The whole groups of buildings showcase the exquisiteness of ancient architecture and is certainly a masterpiece of its kind in Zhongwei and even in China.

The highlight of a tour to Zhongwei Gaomiao Temple is the underground palace where you'll be able to see the unique scenes of human figurines suffering from all kinds of cruel torture. 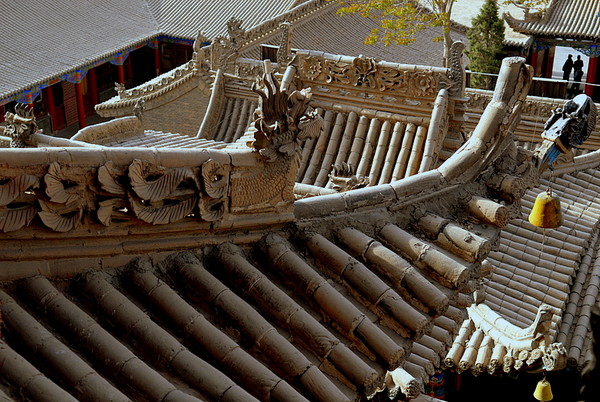 For instance being boiled in an oil cauldron, being cut off their tongues and being gouging out of their eyes all because of the sin committed by them while they are alive.

That is the place which we commonly referred to as the hell where bad people are expected to go after they die.

Final travel tips for you: Zhongwei Gaomiao Temple opens from 8:00-18:00. The ticket price is 20 RMB (3.3 USD) per person. You can visit the Shaopotou Region as well.