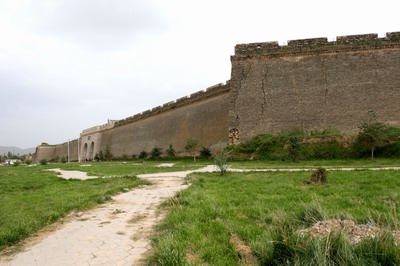 Ningxia Site of China's Great Wall is the oldest wall relic in Ningxia as well as in China.

This section of the Great Wall was built more than 2,000 years ago during the Warring States Period (475–221 B.C.). Read on travel tips on its hsitory and find out what to see there.

Chairman Mao Zedong once said, " You are not a true man if you haven't arrived at the Great Wall " when he stood on the top of Liupan Mountains in China's northwestern Ningxia Province.

The Great Wall of China is undoubtedly the most magnificent and spectacular building project in human history and is the crystallization of the wisdom and diligence of Chinese people.

It was built in several dynasties and some are still well preserved to this day. Part of its remains left from Qin in Warring States Period and Ming Dynasty is locate in Ningxia Hui Autonomous Region.

It winds over 124 miles from Jingning County in Gansu Province, northeast to Guyuan City in Ningxia to Zhenyuan County in the southeast of Gansu.

This section contains platforms of about one to three meters high and the construction work was said to have claimed many laborers' lives who were died from exhaustion of strength when ordered by the king of Qin to build the Great Wall in a complicated working procedure and within a limited period of time.

The site of Ningxia Great Wall built in Ming Dynasty consists of four sections: the west, the north, the east and Guyuan's inner side wall. The west wall goes along the Yellow River from Zhongwei City northeastward to Helan Mountain and was built in 1531. 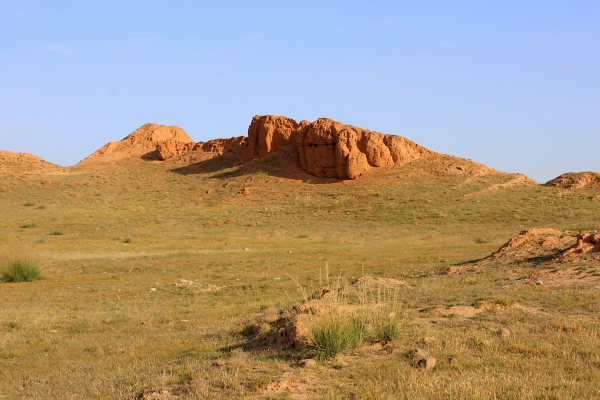 The north wall starts from Helan Mountain and ends in the west bank of the Yellow River with only five beacon towers, four ramparts and one trench found according to a survey.

The Guyuan's inner side wall is located in Mahuangshan Village and what makes it unique is its construction. It was built by sharpening the hills into steep cliffs and channels to make them difficult to overstep.

Final travel tips for you: spend around 2 hours walking around the site. Some activities need moderate effort. Enjoy your exporation!

Chengdu
⇀ Chengdu
...
Chengdu ⇀ Mount Emei ⇀ Leshan ⇀ Chengdu
2 days
∙ Private ∙
Culture and Heritage
A classic trip to Leshan and Mount Emei only takes 2 days. Leshan Grand Buddha is the biggest sitting Buddha in the world and Mount Emei is one of the four Buddhist Mountains in China.
Add to shortlist
From US$ 280
US$ 254
View tour >

Chengdu
⇀ Chengdu
...
Chengdu ⇀ Langzhong ⇀ Sanxingdui ⇀ Chengdu
6 days
∙ Private ∙
Explore Langzhong ancient city at the banks of Jialing River, one of the Great Ancient cities in China. With over 2,300 year history and culture, you will spend about 2 days to discover its traditional architecture and interesting locals' life.
Add to shortlist
From US$ 538
View tour >

Chengdu
⇀ Chengdu
...
Chengdu ⇀ Leshan ⇀ Mount Emei ⇀ Chengdu
3 days
∙ Private ∙
Spend two days at Mount Emei to have an in-depth tour including the visits to half mountain of Wannian Temple and the Golden Summit of the Golden Statue. Additionally, you will also visit the Panda Base in Chengdu and the Giant Buddha at Leshan.
Add to shortlist
From US$ 344
View tour >