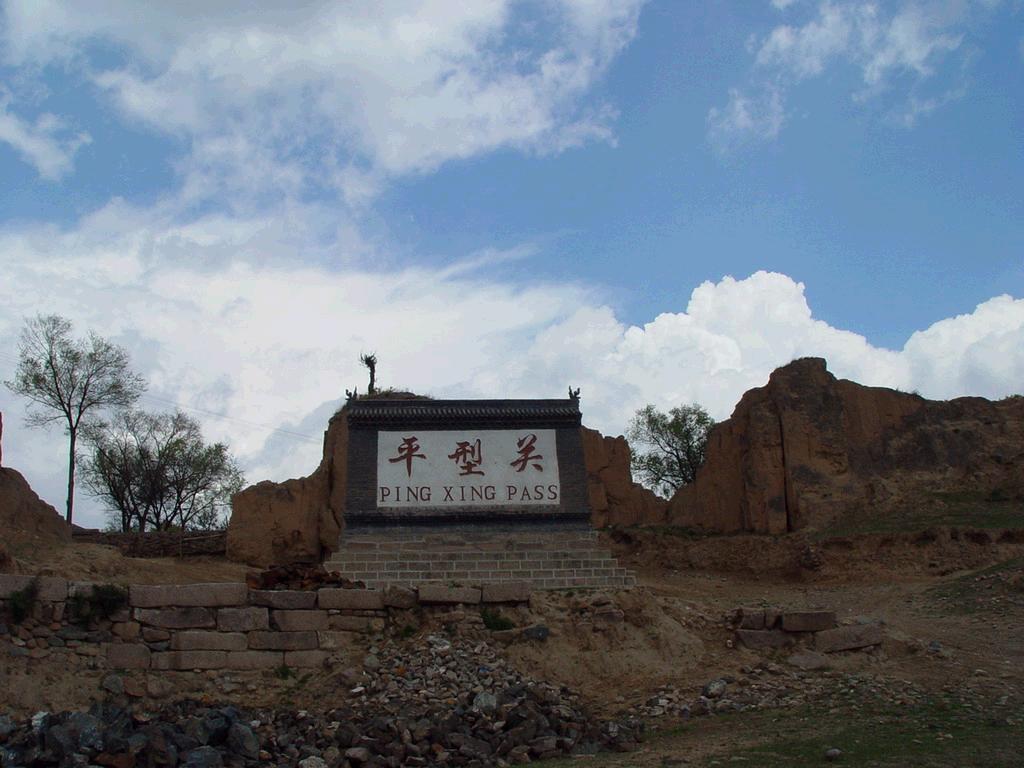 Pingxing Pass is well-known in China for its significance in China's anti-Janpanse fight not long before WW II. Read on travel tips on it's location, history, ticket price, opening time etc..

located at the lap of a mountain, called Pingxing town in Jin Dynasty for its resemblance of a bottle) in the east of Yanmenguan Pass in Shanxi Province.

It occupies a strategically important position with Hengshan Mountains standing loftily to the north and Wutai Mountain to the south which are both 5,000 m. (16,404 ft.) above the sea level.

Unfortunately, it is now in ruins due to serious erosion over the years and the remaining pass is only six meters high with a circumference of 1 km.(0.62 mi.).

On the plaque of the gate write three characters which read "Ping Xing Ling ", the former name of the pass. The remains of the Great Wall built in Ming Dynasty can also be seen on both sides of Pingxing town.

Actually what appears in people's mind at the mere mention of Pingxing Pass is not its favorable military position but the famous battle fought there which is known as "Pingxingguan Victory". It took place on 25 September, 1937 and was led by general Linbiao an eminent political leader in Chinese history.

In this fierce battle, the Chinese Eighth Route Army defeated a crack force of Japanese Army and achieved the first big triumph after the outbreak of Sino-Japanese wars, shattering the myth that the Japanese Imperial Army was invincible and greatly inspired the passion and boosted the confidence of the Chinese people to resist the aggression of Japanese invaders. 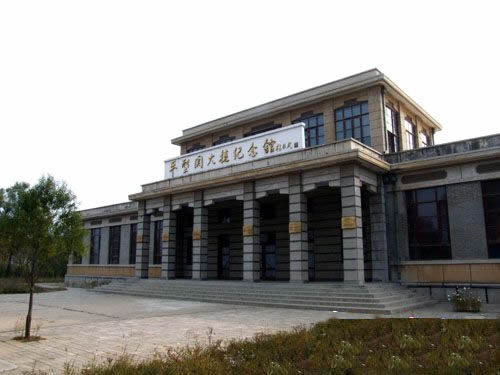 Nowadays a free memorial museum has been built to commemorate the sweeping victory achieved in Pingxingguan battle as well as to educate the following generations about patriotism and the excellent traditions of our revolutionary forebears.

The military museum is a two-floor building and covers an area of 825 sq.m. (8,880 sq. ft.). It is made up of four parts: the front hall, three separate main halls, the exhibition hall for real objects and a semi-view hall for the display of the war.

Final travel tips for you: it is free for you. Computers and projectors are also used to replay the whole scene of the glorious war through the effect of sound, light and electricity.