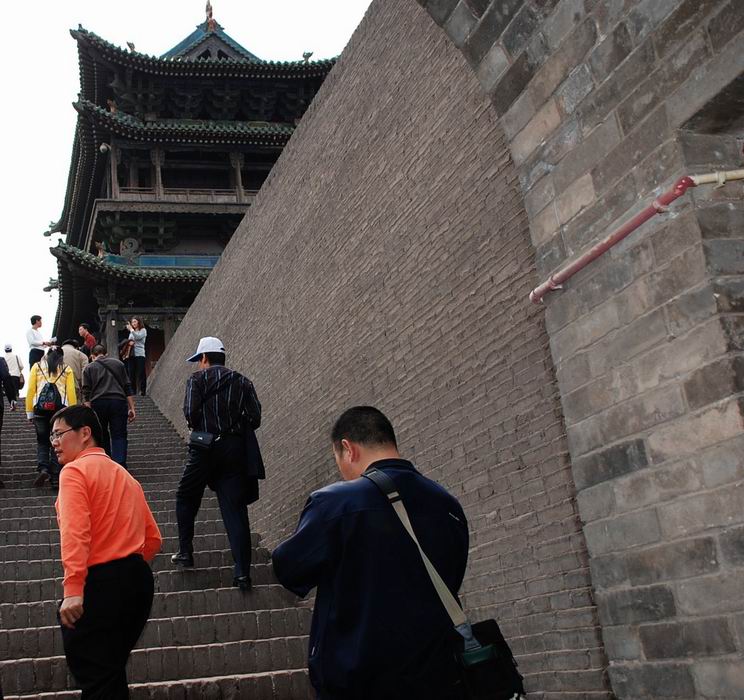 City Wall of Pingyao has been a UNESCO heritage since 1997. It is the place where you can truly appreciate ancient Chinese buildings and taste authentic Chinese flavor.

Visiting it takes you back to over two thousand years ago. Read on travel tips on it's location, history, ticket price, opening time etc..

Located in Pingyao County Shanxi Province, City Wall of Pingyao is one of the four best preserved city walls in China.

In 1988, it was listed as a Key National Cultural Site under national protection and in 1997 it was included in the list of world heritage by the UNESCO. 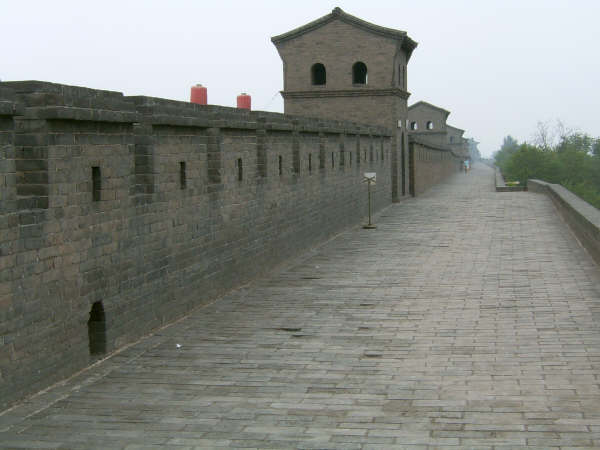 The whole wall is made up of rammed earth mixed with straws on each layer and its outside is covered by bricks along with the path on the wall which is said to be wide enough to allow two carriages to pass through in parallel.

From a bird's eye view, the rectangular city wall looks very much like a tortoise.

There are six gates on the wall, one each on the north and south walls, and two each on the west and east walls with the south gate bearing the resemblance of the head of the tortoise and the north one its tail.

In China, tortoise is traditionally considered as a symbol of longevity and this reveals the wish people had in ancient times for Pingyao to be a permanently secure city.

There are 72 watchtowers on the top of city wall each standing 50 m. (164 ft.) away from each other and 3,000 external battlements. They are said to have been designed and built in accordance with the fact that Confucius has 3,000 disciples and 72 wise men following him for his profound wisdom and good virtue.

Unfortunately, most of them have been damaged by serious erosion of wind and rain, only the city gates and several of watchtowers are left. 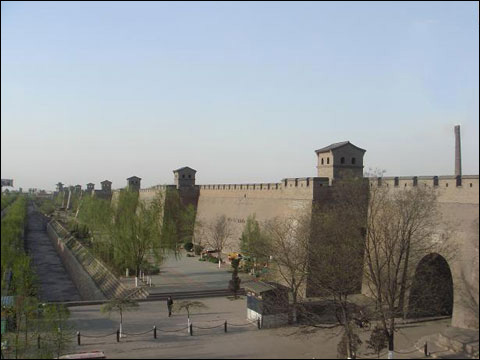 As Pingyao is a historical and cultural city, other ancient architectures can also be found there such as streets, shops and temples which are now in good condition after the renovation work of the government.

Final travel tips for you: you can buy the joint tickets of RMB 120 (20 USD) per person, covering tickets fee for 20 small attractions in Pingyao Ancient City, such as the Ancient Ming-Qing Street, Ancient City Wall of Pingyao, Temple of the City God etc.. Read more China Travel Tips.