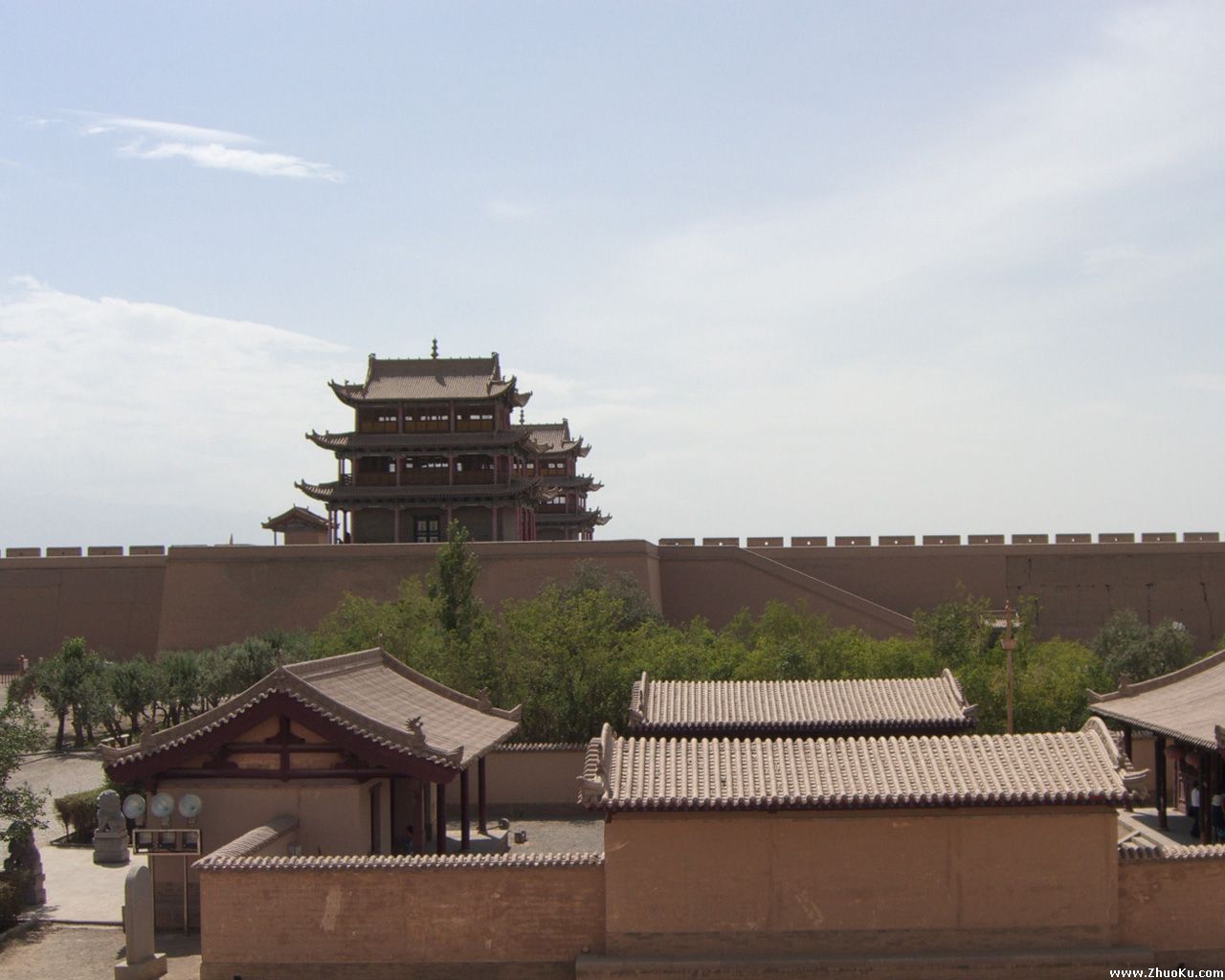 Jiayu Pass is the western end of the Great Wall built during the Ming Dynasty (1368 - 1644) and is widely recognized as the most well preserved military fortress along the Great Wall today.

Overall, the construction work lasted 168 years, contributing to its lasting status as one of the most magnificent sections of China's Great Wall.

It has been protected by the government as a key cultural site since 1961, and in 1987, Jiayu Pass was included in the United Nations' list of world cultural heritage sites.

Jiayu Pass is located 5 km.(3 mi.) west of Jiayuguan city in Gansu Province. Construction began in the fifth year of Emperor Hongwu during the Ming Dynasty (1372).

Upon completion, Jiayu Pass was made up of the inner city, the moat, the turret, the watertower, three high-terrace pavilions, and other strategic military installations, which together served as a robust defensive position to prevent potential enemies from launching attacks against the city. 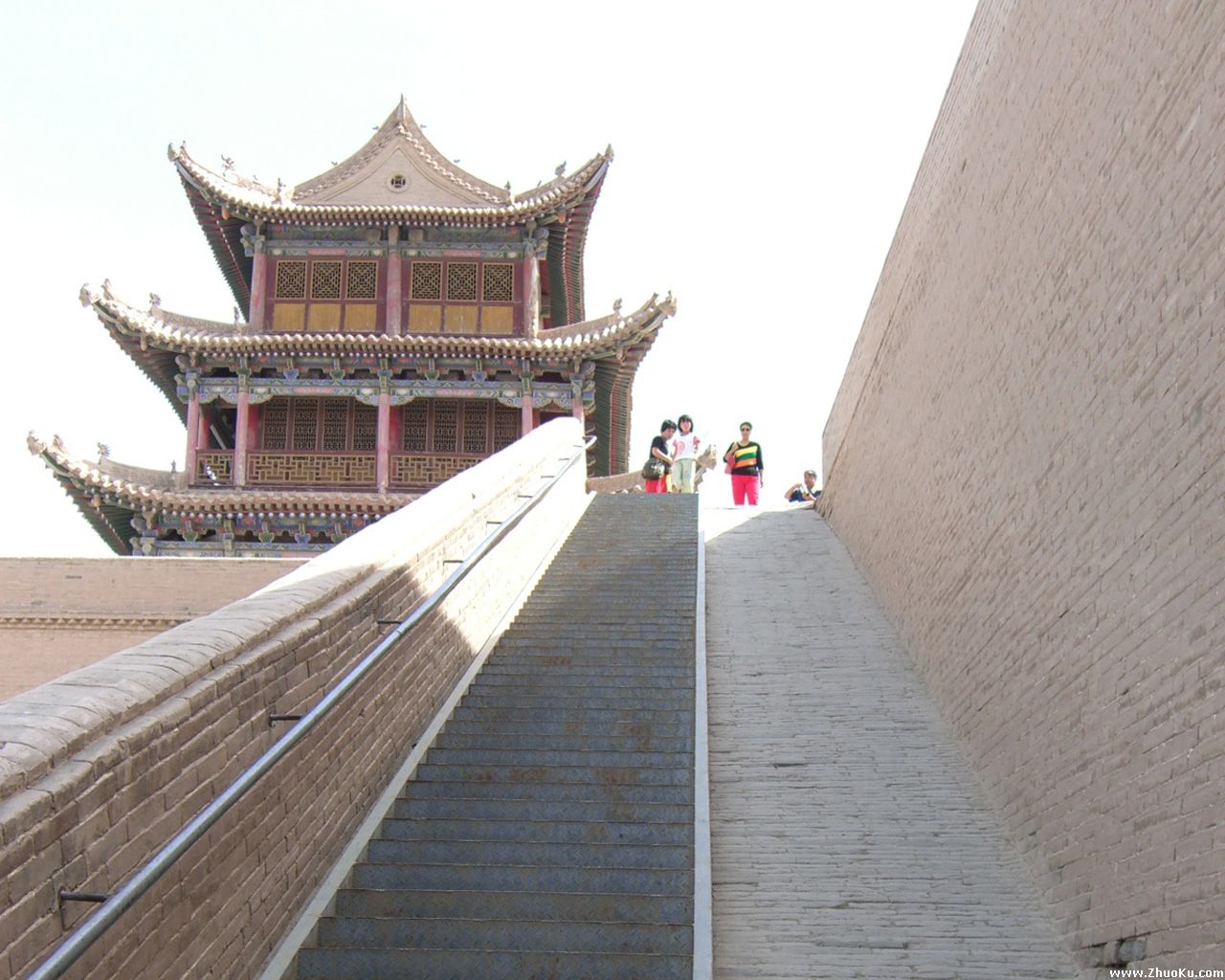 There are two gates: the east and the west, both protected by their own small guard towers. The tower defending the west gate is called Luo City and has a hanging plaque that reads "Jiayu Pass" on its lintel.

Other major tourist attractions in the inner city include Guandi Temple, Wencang Pavilion and a theater tower. All of these features combine to make Jiayu Pass worthy of its historic honorific title of "the Greatest Pass Under Heaven."

One famous legend about the pass says that the official who was responsible for supervising the construction work demanded that the foreman not use one more brick than 99,999, the predicted figure by a famous craftsman named Yi Kaizhan, to built Jiayu Pass, otherwise he would be beheaded. 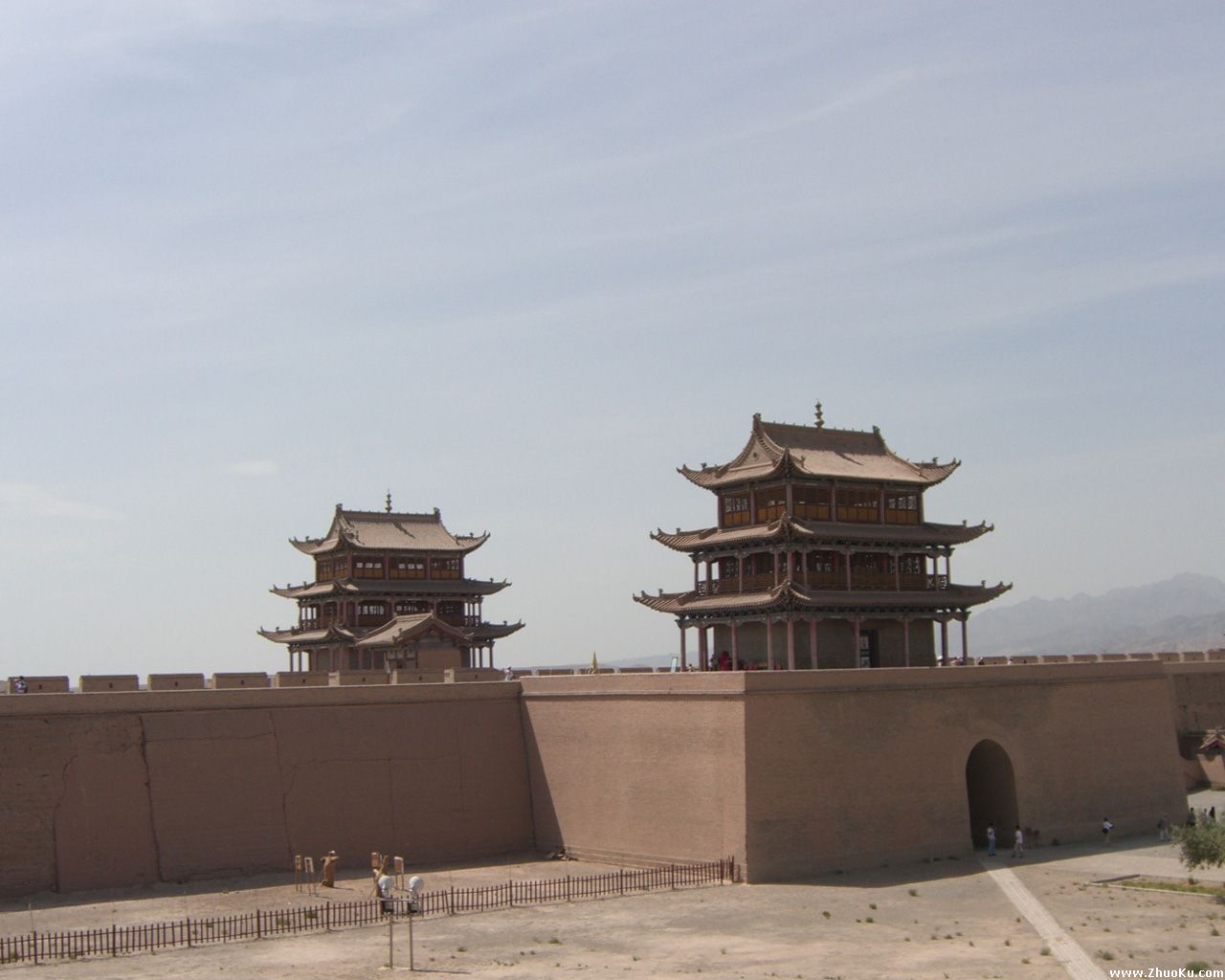 Construction of the pass went according to the plan, with one brick left to spare. Nowadays you can still see that single brick left behind on the site, a popular point of note for visitors.

In addition to Jiayu Pass, visitors can also enjoy the First Frusta and the Overhanging Great Wall sites nearby.