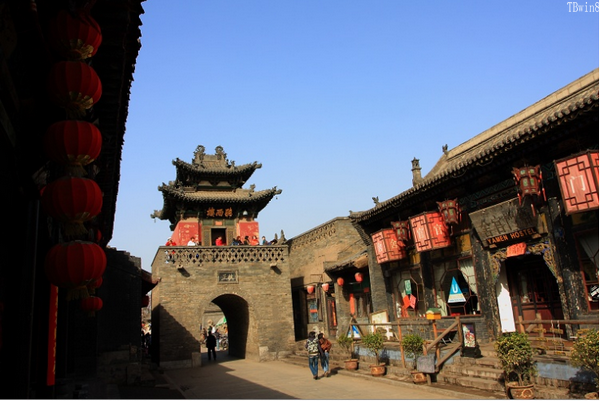 Pingyao (平遥) is a county located in Shanxi province, 543 km. (337 mi.) west of Xi'an city in Shaanxi province. It is one of the four best preserved ancient cities in China; the other three are Langzhong (阆中) in Sichuan, Lijiang in Yunnan, and Shexian (歙县) in Anhui. As a historical city, Pingyao is well-known to many tourists both in China and around the world. It covers an area of 1,260 sq.km. (486 sq. mi.) and has a population of 49,000 administering five towns and nine villages; the pottery town where the county government is seated is particularly famous.

A bird's eye view of the city will give you such an impression that its square city wall looks like a turtle with six city gates, the south one looks like the head of the turtle and the north one its tail. There are four moon cities in the south and west and with its four gates open to the outside, the whole city looks like a turtle spreading its four legs out. In China, turtle is considered as a symbol for longevity and here they take this connotation to symbolize that Pingyao has a strong defense line and is hard to break in by any possible invaders. Today, it still retains the architectural style of Ming and Qing Dynasties. 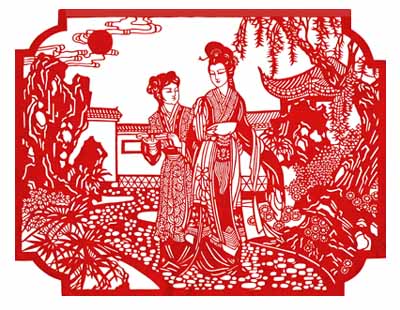 Having witnessed the vicissitudes of a history of 2,800, Pingyao is endowed with a large number of tourist attractions. There are now 3,797 ancient buildings preserved there including numerous big and small antique streets, courtyards and temples in this historical city. In 1986, Pingyao was listed as a national historical city by the State Council and in 1997, it was included in the list of world cultural heritage by the UNESCO.

Talking about such a time-honored city, we can't afford to miss its delicious food. One of the most popular local delicacy is called Wantuo (腕托) which is made of flour and goes best with some liquor. Pingyao beef is almost as old as the city and it's well known for its high quality and good taste. The pear growing on the hilly areas of Pingyao is also consumer's favorite for its quality of being juicy, crisp bigger than fruits of its kind and having a smooth surface. Uncongealed bean curd, cheap and delicious also has a wide consumer base. Besides, Be sure to go shopping in Pingyao and you'll sure to get something surprising to bring back home as a special gift.

Chengdu
⇀ Chengdu
...
Chengdu ⇀ Langzhong ⇀ Sanxingdui ⇀ Chengdu
6 days
∙ Private ∙
Explore Langzhong ancient city at the banks of Jialing River, one of the Great Ancient cities in China. With over 2,300 year history and culture, you will spend about 2 days to discover its traditional architecture and interesting locals' life.
Add to shortlist
From € 476
View tour >