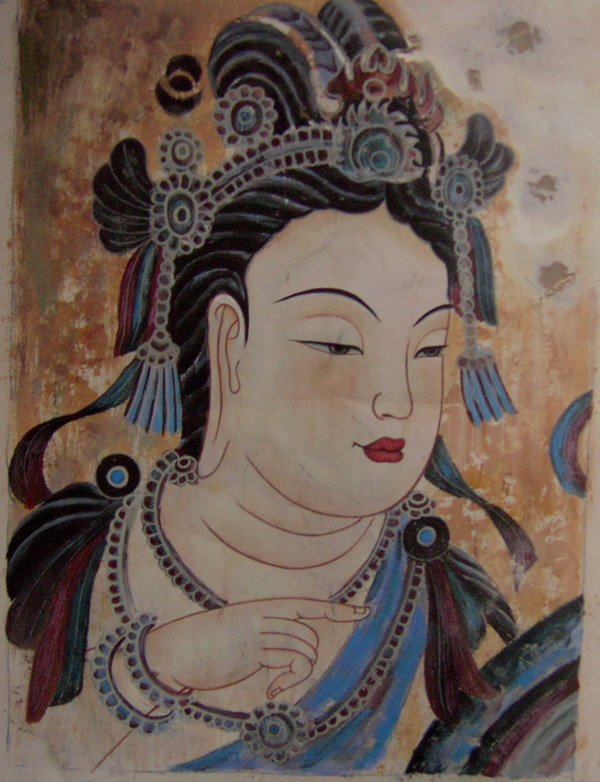 Yulin Grottos, also known as Buddha' Gorge, is actually a series of caves scattered on the cliffs of Yulin River near Dunhuang City of Gansu Province.

It is widely recognized as a branch of Dunhuang Mogao Caves.Currently, forty-two caves from Yuan Dynasty to Tang Dynasty are preserved.

The most representative sculpture is Sakyamuni statue in the sixth cave. It is twenty-two meters in height which makes you feel like grass lying under a big tall tree.

The Buddha is in golden color and has a solemn facial expression making you stand in awe with just a glance.

Then comes the lifelike arhats each of which has its own characteristics and thus looks different from each other. The most prominent one is the Dumb Arhat at the western end of the cave.

He leans forward and takes a vivid facial expression that shows surprise and his attempt to say something but was unable to utter. 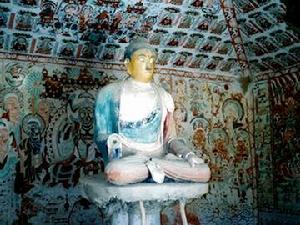 Besides, the consummate craftsmanship showed by the frescos in Yulin Grottos complements the shortcomings of those in Mogao Caves.

Therefore, it is truly worth a visit and you can get a comparison between these two brilliant caves of Buddhist arts.