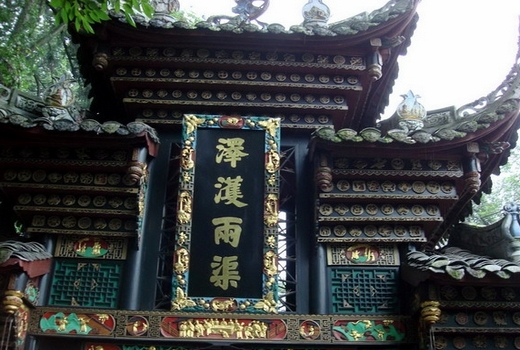 Erwang Temple is a historical site built to commemorate Li Bing and his son, who made remarkable contributions to the construction of world-famous Dujiangyan Irrigation System. Located on a mountain on the right bank of the Minjiang River, this temple is an integral part of Dujiangyan's cultural heritage.

The architecture of the temple is heavily influenced by the style of the Qing Dynasty (1644-1911), with the whole temple complex environment designed to preserve a sense of beauty and quiet serenity. Engraved on the walls of the temple are many Chinese characters commemorating the experiences of learning to master water-control techniques, with those segments written by Li Bing among the most valuable. Further on in the Grand Hall are impressive statues of Li and his son, which are visited by locals regularly to convey their respects.

The local people here have held memorial ceremonies for Li and his son for 2,200 years. Burning a stick of incense is the most common way visitors show their admiration and respect for the two immortalized heroes, and hence, one encounters the striking smell of incense from the moment you step into the temple. More recently, the main organized activities at Erwang Temple include the Temple Fair, held from June 24th to June 26th, according to the Chinese lunar calendar, and the Releasing Water Festival on Tomb Sweeping Day. 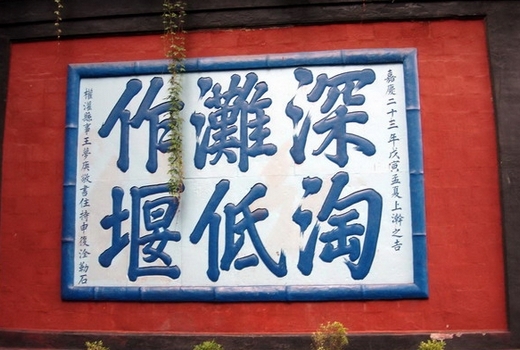 The massive 2008 earthquake in Wenchuan (Sichuan province) seriously damaged Erwang Temple. Fortunately, through an extensive three year restoration project costing 300 million yuan (US$47.5 million), Erwang Temple has been restored to its past brilliance and was re-opened to the public on April 21, 2011. The admission fee is 90 RMB per person.