Travel to Guilin and learn about the Zhuang ethnic minority 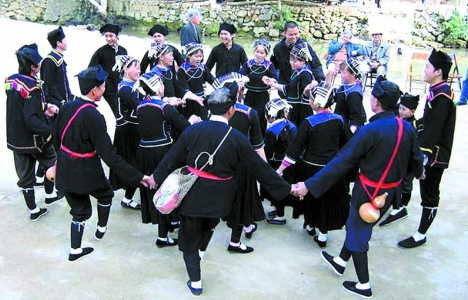 When you travel to Guilin, you will definitely be amazed by the Zhuang ethnic minority. They are the local people in Guilin, who enjoy unique life styles with special cultures.

Guilin is a multi-ethnic city - 28 minorities. To name just a few, Zhuang, Miao, Yao, Dong. The place where the Zhuang ethnic minorities live is one of the famous attractions in Guilin for travelers.

The Zhuang ethnic minority has a population of just over 16 million people. It is the largest minority group in China with a long history and culture. More than 90% of this ethnic group live in Guangxi Autonomous Region.

Beyond the astonishing scenery, Guangxi is also the area to visit for its exotic ethnic culture. Besides the Zhuang ethnic minority, the Miao, Yao and Dong people are living together. They are scattered across the magnificent terraced fields. 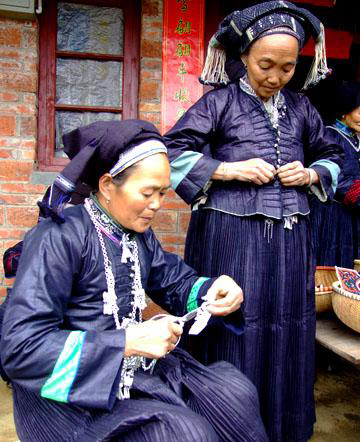 The Zhuang ethnic minority maintains its own unique costumes and traditions such as language, religion, food and clothes. The local people are living in harmony with each other.

If you are interested in this kind of the experiences, you can look at 9 Day Guilin and Guizhou Minority Highlights Tour for more information.

As one of the popular attractions in Guilin, Guangxi Zhuang ethnic minority has its own language which relates back to the Sino - Tibetan family of languages.

They have many kinds of ancient beliefs dating back to ancient times. They revere their ancestors and the beliefs focuses on the power of nature's trees, mountain, the sun and the earth are divinities that posses great power. They also make sacrificial food offerings to appease these divinities and to prevent disasters. 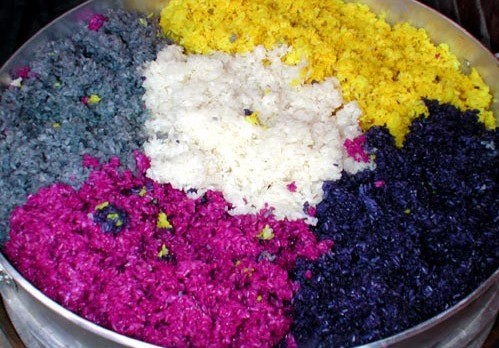 People who travel to the Zhuang ethnic minority can easily find many things to do in this place. You can taste the local food, have sightseeing or buy handicrafts.

Rice and corn are the main crops due to the mild climate and and steady rainfall. All kinds of meat and vegetables are consumed and poached and pickled vegetables are popular.

Travel to Guilin to see the Zhuang ethnic minority's five-colored glutinous rice is the famous food which you cannot miss. The dish is colorful, fragrant and nutritious.

After traveling to see the people of Zhuang ethnic minority, you should not return home with empty-handed. Take some handicrafts for your friends and relatives. Embroidery ball (Xiuqiu) and Zhuang Brocade (e.g. wall hangings and handbags) are the best choice as the souvenirs. Enjoy yourself in Zhuang ethnic minority and have a good time in this place full of rich culture.