I woke up before the alarm went off at 6:00 am. Today was panda preserve day. Tony and Mr. Wong picked me up at the hotel and off we went to the Chengdu Giant Panda Preserve. The place is beautiful. There are lots of open air enclosures for the giant pandas (and one or two for the red pandas that live there.) The grounds are beautifully landscaped and well-laid out. And there are lots of beautiful pandas.That's one of the reasons why I so love tours China.

With the help of Murphy, Mary traveled with WindhorseTour from Shanghai to Chengdu to participate in a half day panda volunteering along with stops at some of Chengdu's top attractions. Her stops also included Wuhou Temple and famous Jinli Ancient Street.

My day at the preserve started with my volunteer "work." Tony escorted me to one of the research centers and I was met by a lovely young woman who looked about 14 and spoke perfect English. Very humbling. She was actually an adult and has worked at the preserve for 5 years. She loves her work.

Her enclosure had three pandas - Grandpa who is 29 years old. That is really old panda-wise. In the wild they live 10-15 years and in captivity, typically up to 20. Grandpa is beating the odds. The second panda I met was a nine-year-old male. He was very friendly and VERY chatty, particularly when the apples came out (more about that in a moment.) Pandas sound like nanny goats. The sound definitely does not fit their bulk. The third resident was a five-year-old male who was very shy, until the apples came out.

Speaking of apples -- that was my first "job." My friends at the barn will think this very appropriate. The woman produced a bowl of cut up apples and we went to the pen of the nine-year-old (I didn't see any of their names written out so I can't tell them to you. I CAN tell you that the woman adored each of them. Like the pandas, I didn't catch her name.) I placed a piece of apple on a long bamboo stem and offered the treat to the panda. He was happy to oblige. Part of the job was to encourage the panda to stand on his back legs to stretch for the apple. This strengthens the panda's back legs and helps him with mating.

The pandas need a LOT of help with mating. The species is 8 million years old -- think of saber-toothed tigers and mastedons. While the latter two are extinct, the panda is hanging on, but just barely. There are about 2000 pandas left in the world and I get the sense that the people at the preserve think it is just a matter of time. The pandas are "devolving." They used to be top-of-the-food-chain carnivores. They have slipped down the chain to omnivores and are well on their way to being herbivores. The bamboo diet is incredibly inefficient. Each critter eats about 20-40 kilograms of bamboo a day (the weight varies depending if you are talking about shoots, canes or leaves) but is only able to absorb about 20% of the nutrients. Pandas spend about 16 hours a day eating just to maintain the energy needed to keep going. They spend the rest of the day barely moving to conserve energy. Mating takes a lot of energy.

According to the information given out at the preserve, pandas seem to have lost the instinct for mating. Researchers have considered viagra for the males. The center has developed "panda porn" that has proven somewhat effective but it seems that the survival of the species may depend on artificial insemination. Birth presents another evolutionary obstacle. The gestation period varies between 100-300 days but every birth is scientifically premature. The cubs average 100 grams, about 1/1000 of the weight of an adult. Lots of the panda mothers have no idea what to do with the little pink blob and end up killing the cubs. The preserve is able to intervene and save many cubs, including one that weighed 51 grams as birth and was named Wu Yi (51. I saw that one in writing.) If I understood the information correctly, the preserve has only been able to successfully return two individuals to the wild since it was founded in the 1980's. Enjoy pandas while you can.

Back to the treats. Grandpa also perked up for the apples. Fortunately, he doesn't have to stand up for his treats. Finally, the youngster got his share. He was willing to come over to us (we were separated from all three by bars) but he was not willing to talk. He was more than willing to take the apples. The young woman told me they have tried other fruits and vegetables but the pandas only like apples (though she might have been talking about her three only.)

The three pandas were coaxed out of their indoor enclosures to the outside enclosures so that we could clean their pens. That was work but it was fun. It consisted of gathering up the bamboo from the pen and separating the panda poop from the foliage for collection and weighing. Good times.

Many of you have seen the fruits of my next stop but seriously, can you see this picture too many times? I think not. 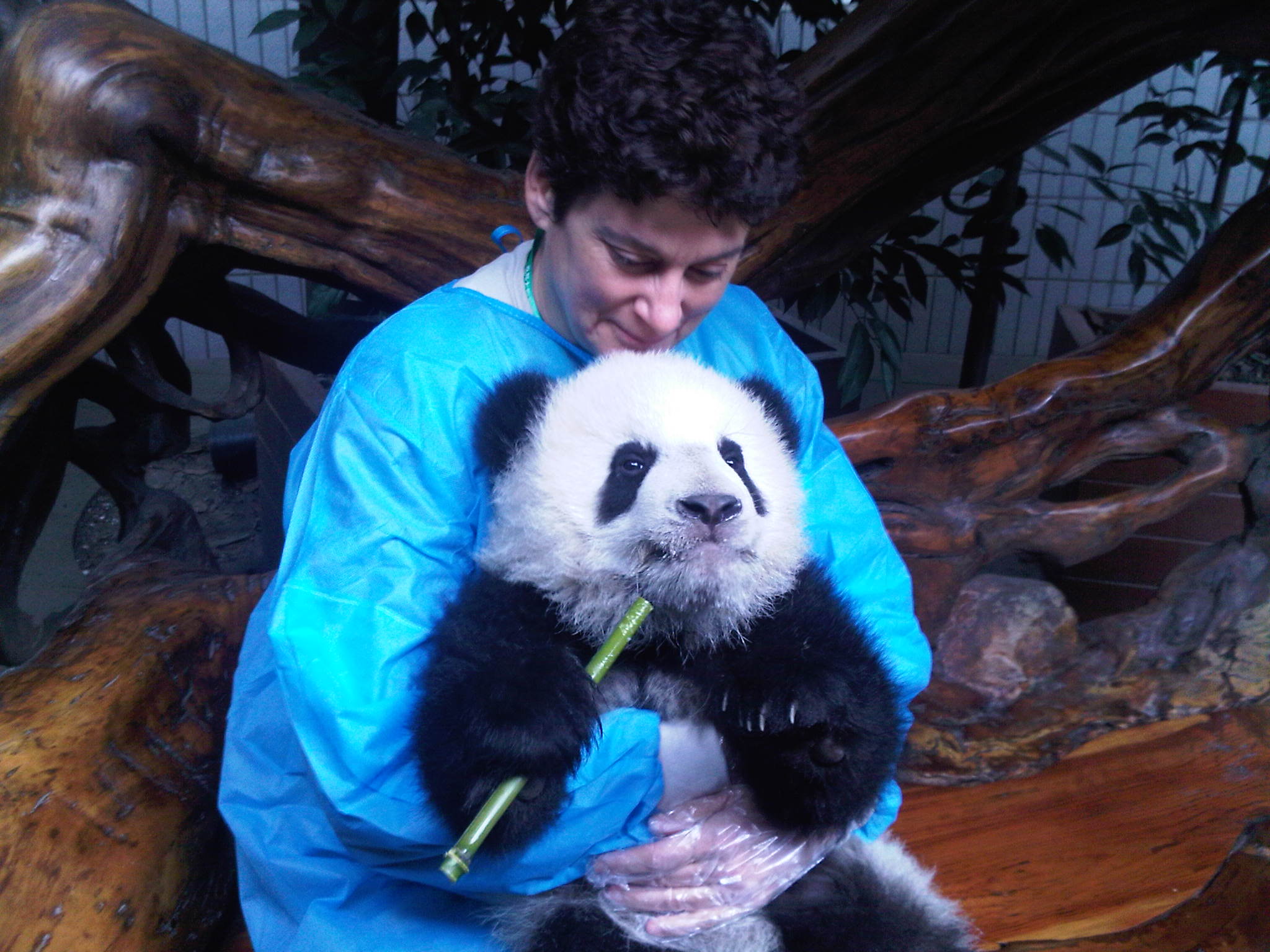 OK, ok. Last time I promise. I did get this little guy's name - XingXiao. He was born on August 23, 2013 and was a (relatively) hefty 166 grams. Cuddling him was a little slice of heaven.

I strolled around the grounds watching the pandas for another hour or so. I also went through the museum and watched an educational video. It was a fabulous experience. If any of you ever want to go, Tony from Windhorse Tours, is the man. I have his cell phone number. The best times to go are now, mating season, and October, when the cubs are born. The pandas are most active in the morning and during cool rainy weather.I believe you'll have a wonderful Chendu tour.

Tony dropped me off at the airport and explained that some of the heightened security measures at the airport are occasioned by Chengdu's status as the gateway to Tibet. According to Tony, 95% of tourists come to Chengdu for the pandas, 5% are trying to get to Tibet.

Off to Shenzhen to be reunited with my sweetie. 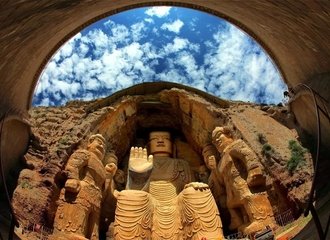 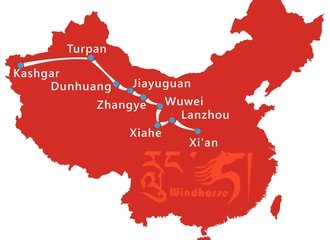 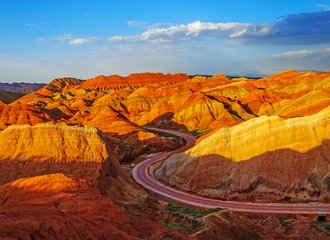 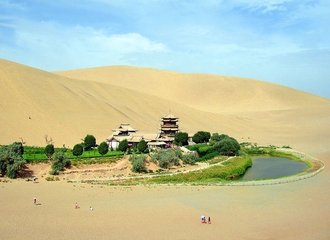 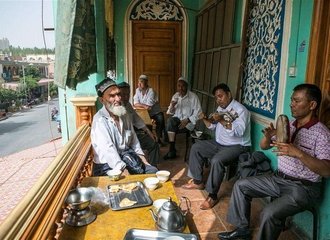