Legend of the golden symbol of Chengdu: the sun and immortal birds

Are you familiar with the image to the right? These days, the golden Sun Bird crest seems to be finding almost limitless artistic life in the fields of sculpting, painting, and other arts and crafts, as well as popping up in many other noteworthy places - during the 2005 Shenzhou VI spacecraft mission, a piece of Shu embroidery with this symbol was carried into space; on August 16, 2008, it officially became the logo of Chinese cultural heritage; and, on December 31, 2011, the Sun Bird crest became the official logo of Chengdu. Why ???

A long time ago, the ancient Shu Kindom (now Sichuan province) incorporated a mysterious tribe of people who lived at a place called Jinsha. People of this tribe lived and worked happily in an area that is now in Chengdu, but one day, as legend has it, the sun suddenly disappeared. The people of Jinsha were understandably anxious and so elected to send four elders to find the sun.

As the four elders set out on their search for the sun, they first came to a forest. In the forest, they were surprised to meet the Moon, who gave them a box and told them that the Sun had been arrested by an evil Great Wizard. Proceeding on, they came to a mountain and the Stars gave them a sack and instructed them to open the bag before they opened the box the Moon had given them.

Moving further onward, the four elders finally came to the Jinsha river and there found the Sun.  They immediately open the sack given by the Stars, from which twelve golden beams of light shot toward the Wizard. Seeing that the Wizard could not open his eyes, the elders quickly opened the box the Moon had given them, out of which four golden ropes sprung into the hands of the four elders. They quickly used the ropes from the four corners (east, south, west, and north) to ensnare the Wizard. At last, The Great Wizard was tightly tied, any struggle or movement firmly in vain. 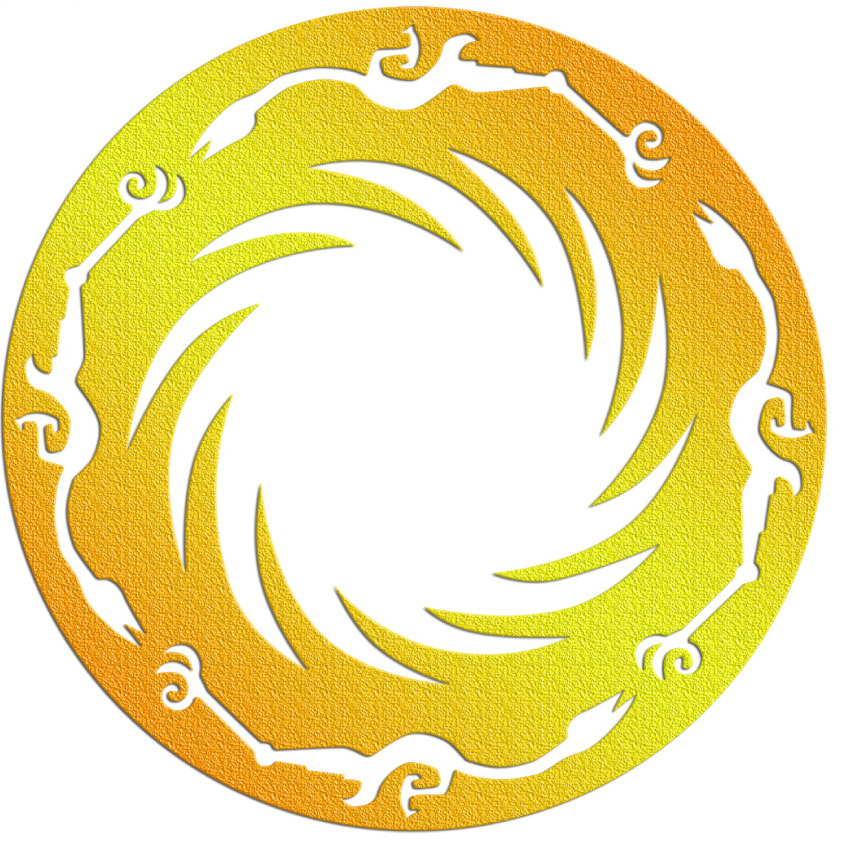 In order to prevent the Sun from being in the same predicament again, the four elders turned themselves into four beautiful Sun Birds to protect the Sun. Now, owing to their guard, the sun shines out twelve golden rays and is even more beautiful and charming than before! It was said that 4 birds represent the four seasons, while the 12 inner rays stands for the 12 months of the year, and the encapsulating ring shows the endless cycle of both.

To commemorate this unparalleled spectacle and the four elders, the Jinsha people carved a picture of  “Sun and Immortal Birds” out of copper, into jadewares, and in golden ornaments, and then buried them in the earth so that future generations could always remember this story.

In 2001, a gold foil explaining the symbol was unearthed at Jinsha Site Museum in Chengdu, and the mystery was finally revealed! Chengdu City Tour is an excellent travel opportunity for the adventurous spirit of the people who love exploring museums and ancient artifacts.

Chengdu
1 day
∙ Private ∙
Panda
A great experience of Chengdu in just one day. Start in the morning to visit the international known Pandas Breading Center, a cuddly symbol of China. In the afternoon be driven to Sanxingdui Museum to explore the mysterious ancient Shu Kingdom.
Add to shortlist
From € 73
View tour >

Chengdu
1 day
∙ Private ∙
Panda
One day tour visiting the adorable pandas as your first sight of Chengdu, afternoon get on an exciting exploration of the Jinsha Archeological Site Mesuem. End the day strolling through the old street of Jinli or Kuai-Zhai Lanes.
Add to shortlist
From € 73
View tour >