Face to face with Tibetan Mastiffs at Yamdrok Lake!

When we stepped out of our car near Yamdrok Lake in Tibet, what surprised me the most was not the imposing snow-capped Himalayan mountains or the vibrant blue alpine lake, but a group of strange, huge, black dogs! I was bitten by a dog when I was young, so obviously I hesitated to touch them when they came up to sniff my clothes, and in fact, (I am a little embarrassed to admit) I screamed and asked their keeper to get them away!

Their keeper smiled at me and showed me that the dogs were safe, and invited me to take a photo with them. As it turned out, the dogs were gentle and obedient, letting me stroke their thick fur while they looked at me with their big, beautiful eyes. 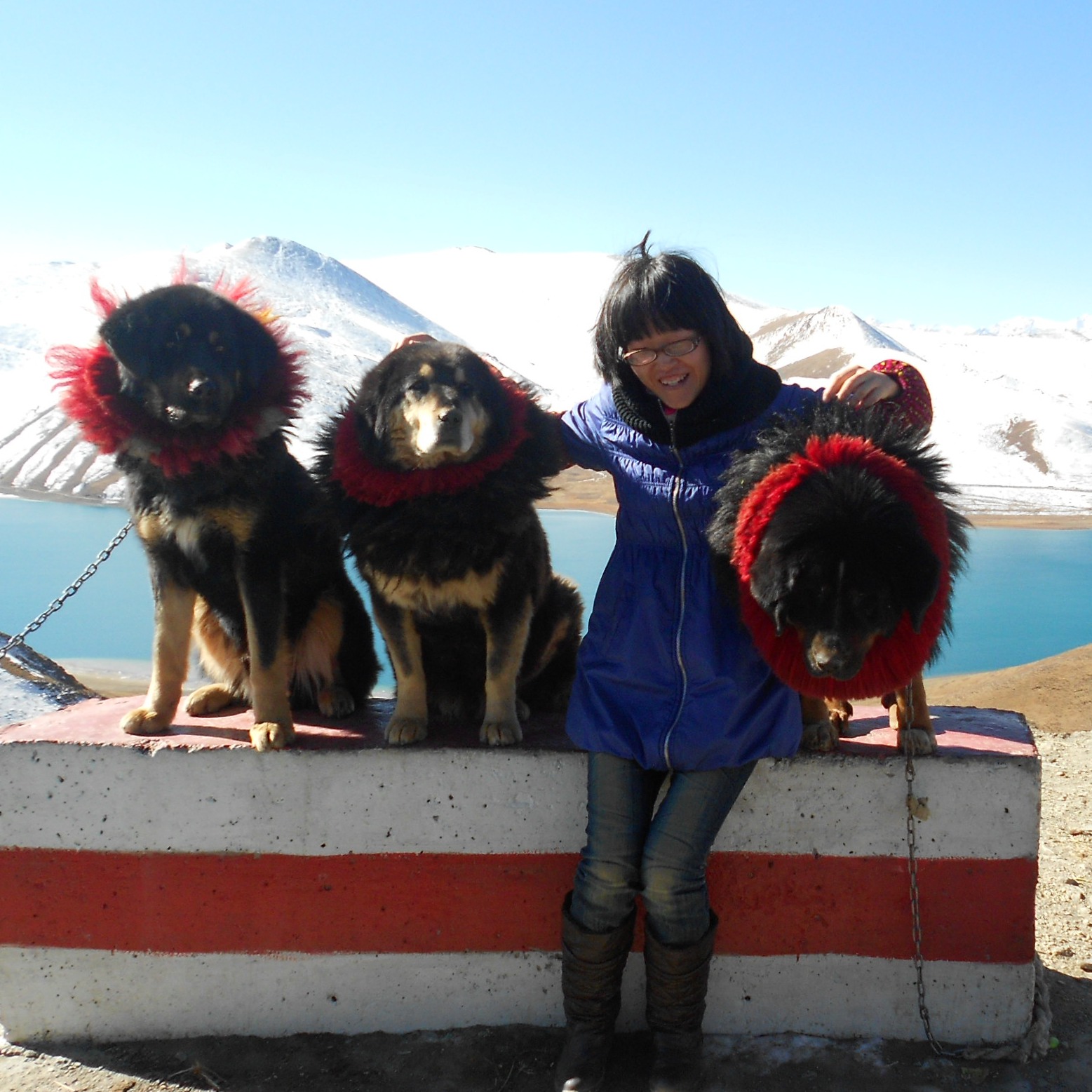 I was curious about these intimidating-yet-gentle dogs, so I asked our guide, who told me an interesting story. That kind of dog is called a ‘藏獒’ (Zang'Ao), which literally means 'Tibetan big ferocious dog' or 'Tibetan Mastiff'. Legend has it that they were once the Gods of War in heaven, but they broke some of the celestial rules and were sent to earth as dogs, in punishment.

Mastiffs are born ferocious and aggressive, so much so that 2 mastiffs together have the ability to confront larger predators such as wolves and leopards. However, in Tibet, when mastiff pups are around 49 days old they are penned together with sheep to soften the mastiff’s aggressive nature - if the dog can get along well with sheep, then the obedience training has been successful!

Successfully-trained Tibetan mastiffs will become family mastiffs, working as guardians for Tibetan families' all-important herds of livestock, homes, villages, and even monasteries or palaces. These colossal dogs have incredible strength and ferocity, yet they can be trained to restain themselves with such discipline. A well-trained mastiff may be sold for as high as 5,000 RMB, while poorly behaved ones that kill a lot of sheep and refuse to heel during training will be sold for a very low price or even be put down.

After learning all this, I actually began to wish that I had one such well-trained mastiff for my own!

Lhasa
1 day
∙ Private ∙
This short tour will take you to Yamdrok Lake, which is one of (3) Holy Lakes in Tibet, but only 2 hours' drive from Lhasa. At the Lake side you will visit Samding monastery, and one of the local Tibetan families to touch the real Tibetan life.
Add to shortlist
From £ 115
View tour >