In 1953, The People's Liberation Army battalion commander Xiaojian Fei was appointed to build highway to Tibet under the leadership of Mushengzhong. Previous Kuomintang Major General He Wenbo was one of the construction workers. Xieyu Chen who returned to China after study railway technolog overseas was designates as the project engineer. Almost all of the construction workers can not bear leaving their homes while thrown into such a harsh environment. Even Xieyuchen escaped once because what he dreamed was to build a railway but first they had to complete the highway to Tibet to other difficulties and hardships. 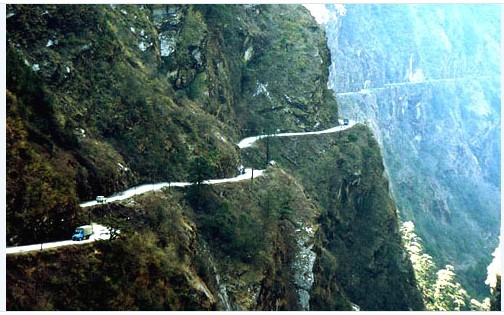 Only after the highways completed did the chance to build the Qinghai to Tibet train arrive. During the construction of  the first phase of the project they were plauged with a series of natural disasters plus a famine. As a result the project was stopped, after they had built some of the first part of the Qinghai-Tibet train. It was put into operation in 1984. The first part railway refers to Xining to Golamad section which is 846 km long with average altitude 3,000 m traversing the mountains, the desert grasslands, and salt marshes.

With the national economic development and accelerating development of the west, the railway's transport capacity well way short of the required demand. A large scale of expansion began. The sone from the first geneartion continuted the hard work with the Railway corps that was left incomplete. Through new and old hardships, they built the train track to Golmud. The first partion was now offically completed. The vast majority of goods exported to Tibet for its development are going from this route. So this railway was renowned by the surrounding people as a united line, transportation line, happy line and lifeline. 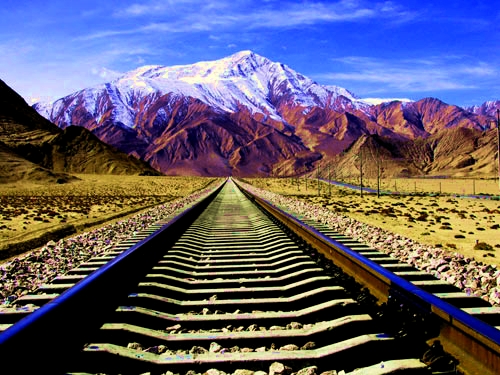 However, due to permafrost, high altitude sickness, and ecological fragility, 60,000 troops had to stop their  advancing work near the foot of the Kunlun Mountain. While Xiao Jianfei’s son was at Fenghuo Moutnain (5010  m) to study the change of weather in order to find a solution to the permafrost problem. All of his family people didn’t understand him and thought he was a nut.

After 20 years’ of his perseverance and research Xie Shangfeng’s (Xieyuchen’s son) effortd where successful and won valuable research results.

This allowed for the the third generation to continue their dream by putting their research results into practice. Building the second part of Qinghai-Tibet Railway started on on June 29, 2001, that is the construction on the Golmud-Lhasa section. They found many means to resolve the problem of frozen earth. One of them is to build high bridges to support the train track, so that the frozen earth will not affect the train, regardless of the temperature changes. 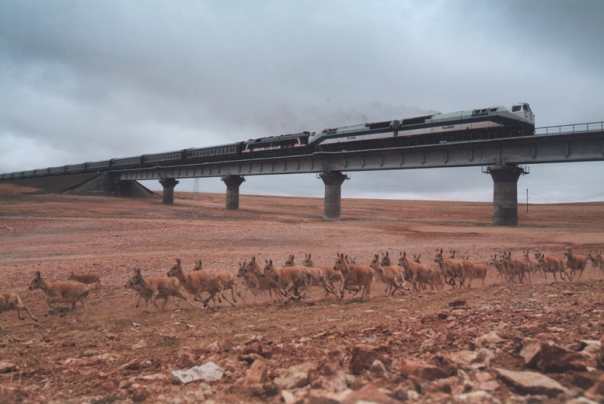 The problem to set highest speed of 100 km per hour in the permafrost region, to achieve zero emissions and to supply oxygen from Xining station also came to them, but they challenged and won. The whole rail line was officially put into operation in July 1, 2006. The Qinghai-Tibet train became a world-class snow covered railway which in the highest and longest plateau railway. It has been the first railway to connect Tibet with the rest of China.

When the road was finished, the mysterious Tibet with many beautiful legends and ancient faith has been known to outside people. 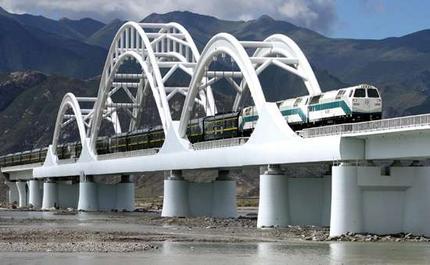 Best places to see Chengdu spring flowers
Legend of the golden symbol of Chengdu: the sun and immortal birds
Face to face with Tibetan Mastiffs at Yamdrok Lake!
Let's eat hot pot at ease
Overland from Lhasa to Kathmandu - documents and permits