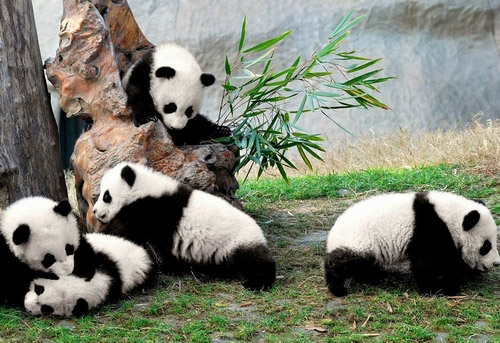 With its symbolic black and white fur and adorable roly-poly appearance, the giant panda is loved by people from around the world. The panda is honored as one of the national treasures of China and is well protected in several provinces including Gansu, Shanxi and Sichuan. A vast majority of giant pandas inhabit the Sichuan Province. But where exactly can tourists pay a visit to these cute and cuddly creatures? Two commonly suggested places are the Chengdu Giant Panda Base and the Bifengxia Giant Panda Base in Ya'an. But which place is more worthwhile to visit and what are the differences between the two? Please read on to find out...

Every year, tourists flock to Chengdu to pay a personal visit to these extremely rare animals. The base blends a natural outdoor environment with man-made structures to ensure better living conditions for the bears, as well as to facilitate scientific research. At present, visitors are invited to watch a 15 minute long film featuring English captions about the growth and preservation of giant pandas. There is also an old-fashioned museum where a variety of exhibits about the evolution of giant pandas, fossils and conservation efforts are on display. 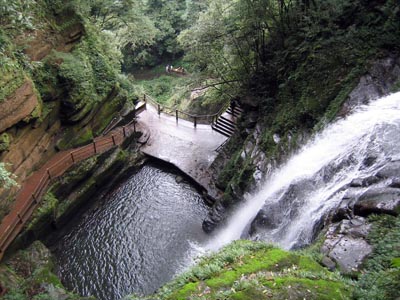 Feeding takes place around 9:30 am at Chengdu Panda Base. Because feeding time is when pandas are most active, it is the best time to watch these adorable creatures. It can be quite comical. A recent feeding time at the Chengdu panda base went like this: Three pandas in a pen paced back and forth, making excited whining noises like a dog anxiously waiting to be taken for a walk outside. The center staff brought in armloads of green bamboo, whereupon the pandas rolled over onto their backs and began eating the bamboo off their bellies. When eating, pandas hold lengths of bamboo in their paws in the manner of a human eating a kebab; holding the stick to the side of their mouths and chewing contentedly. For dessert, the staff treated the pandas to panda-sized cakes that had been shaped to resemble traditional Chinese moon cakes. Two of the pandas savored their moon cakes, slowly eating them but the third gobbled his down immediately. Afterwards, when the panda realized the other bears still had moon cakes to enjoy, he began whining and searching for crumbs and trying to steal the other panda's moon cakes. Finally, he thrust one arm between the bars and tried to grab the staff's attention. His sad panda's eyes seemed to plead, "Please sir, can I have just one more moon cake!"

The Bifengxia Giant Panda Base is located in Bifengxia, Ya'an city about 19 km (11.8 miles) from Ya'an City and 150 km (93.2 miles) from Chengdu. This base seems to offer as much wildness fun as the Chengdu base because you can hike and go sightseeing in the beautiful Bifengxia Valley. The Bifengxia Giant Panda Base is famous for being located in an arena filled with breathtaking landscapes, dense forest and murmuring waterfalls. It was built in 1999 and opened to the public in 2003. At an altitude of 1100m to 1800m, the Bifengxia Panda Base is home to 68 giant pandas and is equipped with facilities such as air-conditioners, toilets, independent water supply systems and sport areas. Similar to the Chengdu Panda Base, the ultimate goal of the Bifengxia Panda Base is to study the growth and breeding of giant pandas and to return them to the wild after the bears are trained to survive in a simulated wild environment. 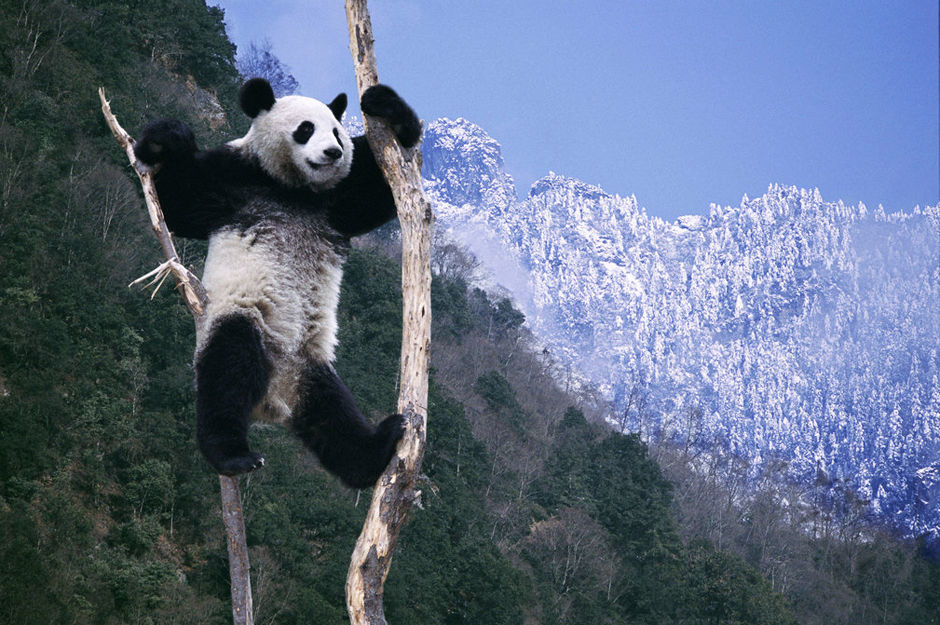 What is important to know is that Ya'an enjoys a pleasant sub-tropical monsoon climate, neither too hot in summer nor too cold in winter. One thing that may seem a little frustrating is that Ya'an gets a lot of rain, especially at night and that's why it's famed as a Rain City. So, once you are there, be prepared for rain. And be prepared for the charges. The entrance ticket for the Bifengxia Panda Base is 130 RMB while the Chengdu Panda Base is 58 RMB. Both bases offer visitors the opportunity of a lifetime to hold baby pandas. Of course, you can expect to be charged from 500 to 1,000 RMB. Despite this high expense, tourists who have visited these bases and held a cute and cuddly baby panda on their laps will tell you it's worth every penny - and then some.

So what's the point of staying at home searching online or hearing other people talk about their wonderful experience to the panda bases? Have your luggage packed, come to Chengdu or go to Ya'an to have your own memorable giant panda experience!