Which is better, Wide and Narrow Alley or Jinli Street?

Anyone who has ever visited Chengdu will probably tell you it's a city with a fast-paced lifestyle. Yet there are two places in Chengdu that are perfect for you to escape from the hustle and bustle of city life and enjoy peace and quiet off the beaten path. They are called Jinli Street and Wide and Narrow Alley. You may ask yourself, "Which one is better to visit?" and "How does one differ from the other?" Read on to discover the answer for yourself. 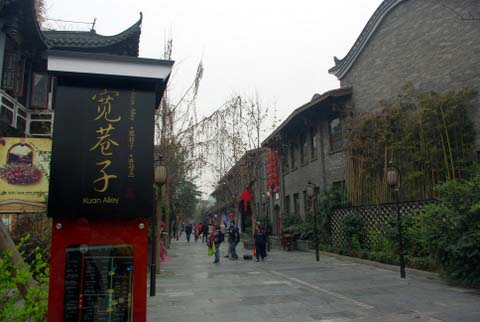 Wide and Narrow Alley, also called Kuan Zhai Xiangzi in Chinese (宽窄巷子) are actually two ancient streets that were designed during the Qing Dynasty (1644-1912). The streets underwent renovation from 2005 to 2008. Now Wide and Narrow Alley are historical and cultural sites, mixing many Ming and Qing Dynasty style courtyards with modern restaurants, pubs and hotels. The ancient streets are also lined with a variety of shops selling embroidery products, delicate porcelain, accessories, calligraphy, painting tools and other precious handicrafts.

It is a wonderful feeling to sit under an ancient tree in the courtyard of one of the numerous teahouses, savoring the lifestyle of Chengdu culture. The local style snacks there are a must-try, snacks such as Chuan Chuan Xiang, Lai Tang Yuan and Long Chao Shou. Several western style restaurants are also available in Wide and Narrow Alley.

If you are interested in traditional Chinese art, your best bet is to visit Wide and Narrow Alley at night when you can watch many Chinese shadow plays, puppet plays and calligraphy demonstrations. Personally, I prefer strolling along the alley at night with the red paper lanterns hanging from the roof beams, glowing dimly. It makes me feel quite relaxed, and as if I had traveled back in time. 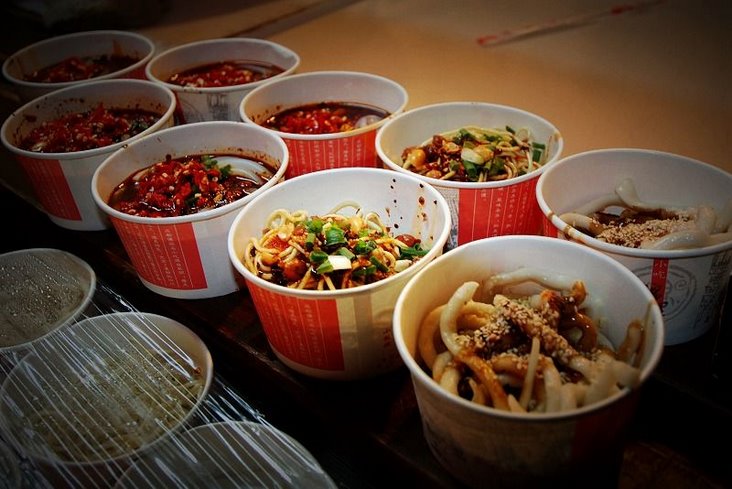 Then there is Jinli Street. Jinli Street is another well preserved old street in Chengdu. Located to the east of the Wuhou Memorial Temple, Jinli street has survived three distinct periods of Chinese history: The Qin Dynasty (秦朝, 221-207 BC); the Han Dynasty (汉朝, 206-220BC ), and the Three Kingdom periods (三国时期, 220-280 BC). Jinli Street is paved with green flagstones. Both sides of the street are dotted with old buildings of ancient architectural style. Similar to Wide and Narrow Alley, you'll have good opportunity to taste many traditional local snacks at the end of the 350 meter long street. The numerous old-world shops selling Shu embroidery, lacquer products, folk handicrafts and curios along the street make Jinli an ideal place for shopping for souvenirs to take back to your friends and families at home.

Beyond the shadow puppetry and calligraphy demonstrations, which can also be found on Wide and Narrow Alley, Jinli street is a good spot to enjoy Sichuan opera, a highly-famed and commonly recognized art form of the Sichuan province. Jinli street also boasts several restaurants selling spicy  Sichuan hot-pot, another hallmark of Sichuan culture. Then there are the life-like paper-cut and clay figurines that are crafted and sold by skilled craftsmen along Jinli Street. All of these aspects, which are on display on Jinli Street are reminders of the China of olden times. 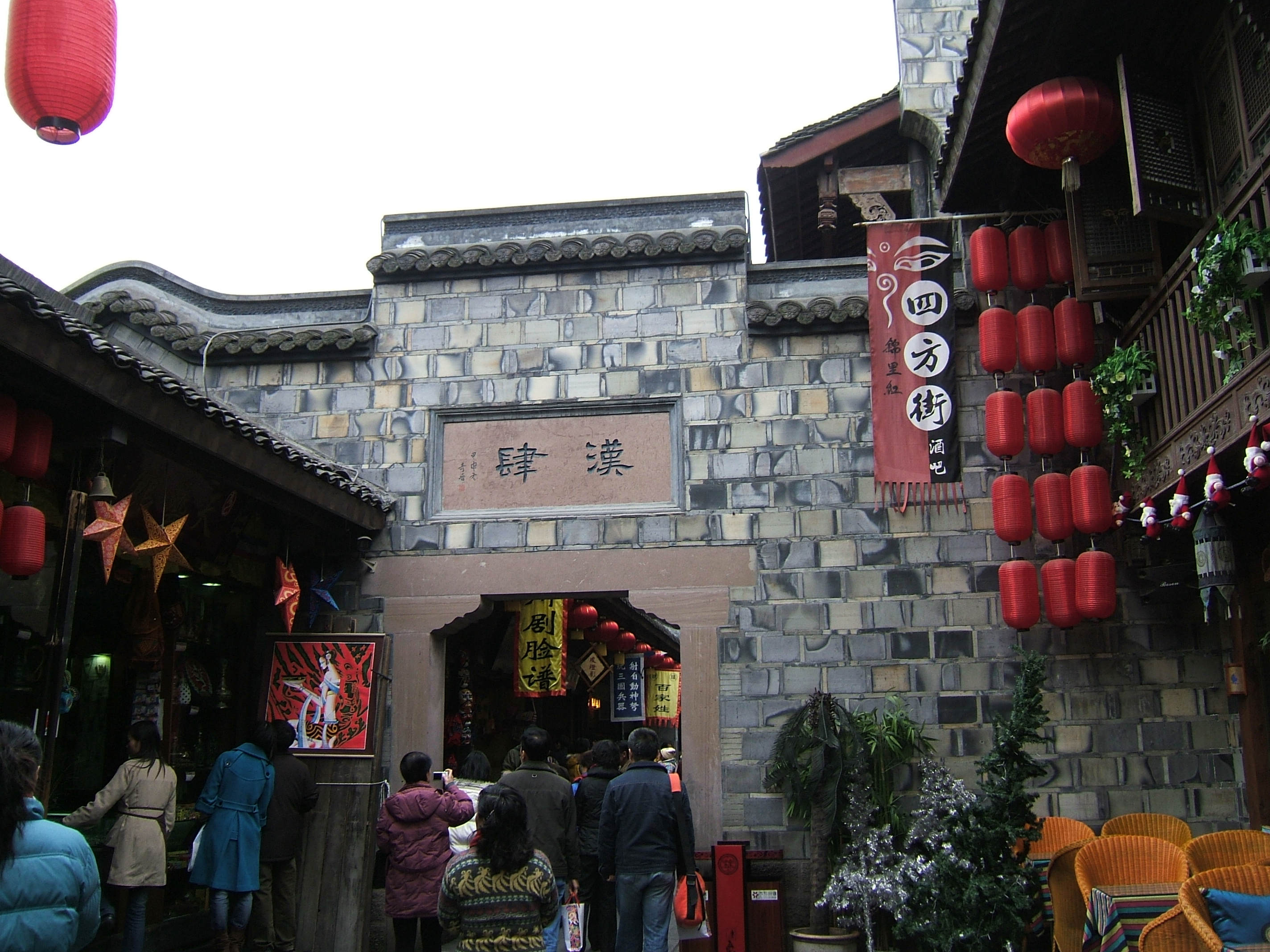 Another interesting thing about Jinli Street is that you often see wedding ceremonies taking place there. The ceremonies are conducted out in the open where tourists can observe from the crowd - sometimes, tourists might even be asked to take part in the wedding ceremony! Nothing could make a trip to Chengdu more memorable. Special theme activities also take place on Jinli Street such as the Lantern Festival, Dragon Boat Festival and Mid-autumn Festival. All of which will provide you with a golden opportunity to experience traditional Chinese culture.

That's just a brief introduction of two of the oldest streets in Chengdu which are often described as a microcosm of Chengdu culture and custom. Have you noticed the differences between the two? Actually words can never beat a personal visit and you are strongly suggested to find out the truth for yourself. So what are you waiting for? Get your luggage packed and start a classical Chengdu tour now!

Mount Huangshan
3 days
∙ Private ∙
Culture and Heritage
This 3-day Huangshan tour takes you to the world heritage sites Mount Huangshan & Hongcun Village, where you can admire the profound Huizhou culture and photograph the spectacular scenery with stunning hiking.
Add to shortlist
From ¥ 2,400
View tour >