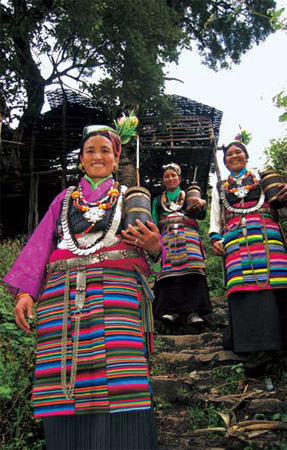 They are skilled mountaineers, strict Buddhists, colorfully adorned, and neighbours with China Tibetan peoples, yet absent from China's list of minority peoples. These remarkable people are called Sherpas.

The Sherpas are a Himalayan ethnic group renowned for their ability to guide mountaineers to the peaks of some of the worlds highest mountains, including Mount Everest.  The most conspicuous Sherpa communities are located in Nepal and India, and even as far away as New York City, due to massive Sherpa migration to escape the recent Nepali civil war, but all of these culturally rich Sherpa communities trace their origins back to the Kham region of southwest China. Even now, Sherpa communities can be found scattered across western Sichuan and eastern Tibet.

The Sherpas are not recognized as one of China's 55 official minority groups but are instead classified as an "undistinguished" ethnic minority. As with their Nepali brothers, China's Sherpas are excellent mountaineers and very adept in the high mountian environs which they call home. That same mountain terrain has shaped many of the practices and customs found in Sherpa culture, much as it has Tibetan and other Himalayan cultures. As a result, Sherpa culture has much in common with their Tibetan neighbors, including much of their diet, vocations, and styles of dress. However, Sherpas have retained many of their unique cultural characteristics, such as distinct traditional garb, dietary habits, language, and religious beliefs. 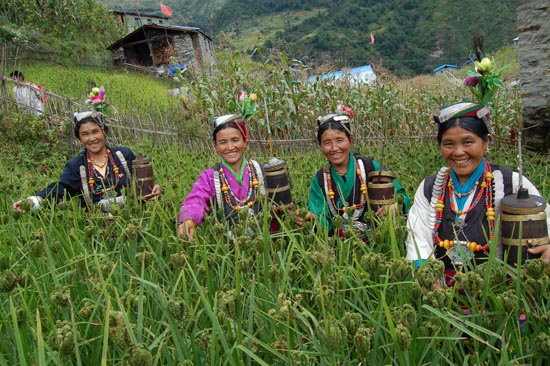 By and large, Sherpa clothing is similar to that worn by Tibetans. Traditionally, Sherpa men wear a white wool overcoat with short sleeves and carry a crescent-shaped knife in their waistbands, a drastic departure from men in other parts of China. Sherpa women tend to wear long-sleeved robe garments and skirts with colorful flower patterns. Gold and jade earrings are also commonly worn by the women as ornamentation. Also similar to the Tibetan Hada (哈达；hǎ dá) of Tibetan culture, the Sherpa kata, a scarf of silken cloth, is commonly presented to guests to show respect and appreciation.

More recently, however, traditional Sherpa clothing choices have given way to Western-influenced styles and young Sherpas, especially those who have taken jobs as guides for trekkers or interacting with foreigners in other contexts, can be found dressed similarly to many of their Chinese counterparts.

The Sherpa diet is largely a product of their strict Buddhist beliefs and aligns closely with their Tibetan neighbors, with such staple foods as corn, potatoes, tsampa, noodles, and dairy products. As practicing Buddhists, Sherpas do not slaughter animals for meat, though they eat yak, beef, and pork, preferring to buy meat butchered by other ethnic groups or eating meat from animals that have fallen dead or died from disease. 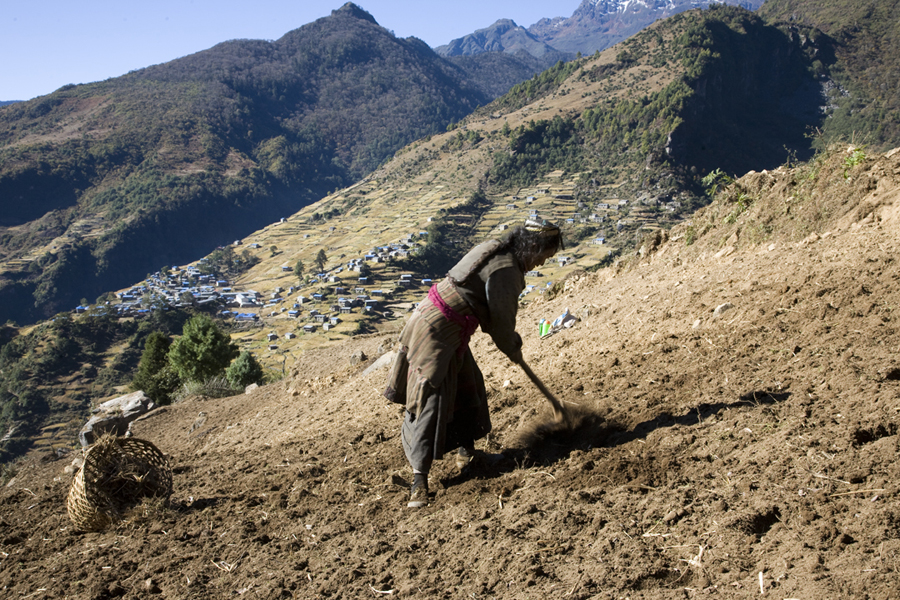 In addition, Chinese Sherpas will not eat raw meat and refrain from eating fish, poultry, or dog, all of which are common in other parts of China. Corn is often made into corn mush for eating or brewed into corn wine, and a variety of potato dishes are common, most often boiled and spiced. Chili and fennel are spices that can be found in a number of Sherpa dishes. Also like Tibetans, Sherpas commonly drink barley wine or buttered tea, often mixed with barley tsampa. Together with these meats and starches, the Sherpa diet is rounded out with dairy staples like yogurt, milk, butter, and sometimes cheese. 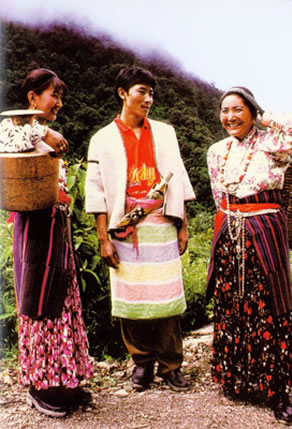 Many unique marriage customs have arisen in the small Sherpa community, though the marriage practices of Sherpas are rarely seen by outsiders. Contrary to the prevailing monogamous norms of the rest of China, polyandry is permissable in Sherpa culture - it is not uncommon for two Sherpa men to marry the same woman. Sherpas will not, however, allow two people with the same family name to marry.

Not only that, a girl as young as fourteen years old and a boy only two years her senior have the freedom to live together before marriage, a practice traditionally unacceptable in China, and trial marriages are not uncommon, with a formal marriage usually coming only after a baby is born, a scenario that would bring much shame and scorn from the community other places in China. If marital disputes arise among married couples, the situation is addressed by consultation with village leaders or family heads.  Overall, the Sherpas marriage process may last as long as several years, and once they do get married it is easy for them to separate again, leading to a high divorce rate among the Sherpas.

Though the pockets of Sherpa culture in China's far western regions exhibit many similar characteristics to their Himalayan neighbors, there is also plenty that sets them apart. When you travel through western China, be sure to ask your guide if there are any Sherpa communities along your route and keep an eye out for these unique mountain people!