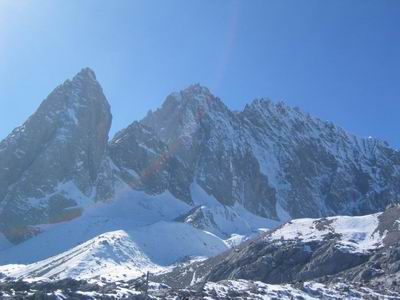 The Cangshan Mountain is a beautiful and magnificent mountain located at the bank of Erhai Lake in the west of Dali City, Yunnan Province. It got its name because of its ever jade green forests and diverse flora.

There are numerous scenic spots, natural wonders, springs and temples in the mountain, which make it an enchanting place for sightseeing, hiking and adventure.

Cangshan Mountain is featured by its cloud, snow, spring and stone. It is covered by snow all the year round even in the summer the highest peak is wrapped by snow. Imagine what a fun it is to watch the snow scenic spots while you are eating the cool watermelon.

The changeable cloud decorates this mountain as a heavenly paradise and adds a mysterious veil for Cangshan. Seen from a far distance, Cangshan Mountain looks like a fairy holding a jade belt always appears after a rainy day in the late summer or early autumn.

The Cangshan Mountain is also famous for its springs. The most beautiful and the largest one is the Butterfly Spring which is famous for its unspoilt natural wonders. Besides the springs, there are also many alpine lakes and 18 brooks.

They Start between every two peaks and originate from the spring water and thawing snow then rush down the mountain to the Erhai Lake which are good water resources for irrigating the surrounding farms.

There are various kinds of vegetation in Cangshan Mountain which are vertically distributed. If you are flowers enthusiast and green thumbs, you may be familiar with this mountains because of its beautiful azalea living here.

In spring and summer, large numbers of azaleas will bloom in profusion over an infinite expanse, which are full of vigor. This mountain is regarded as a natural treasure for more than 3,000 species of plants such as evergreen coniferous trees, shrubs and grasses, which is of high value for research. 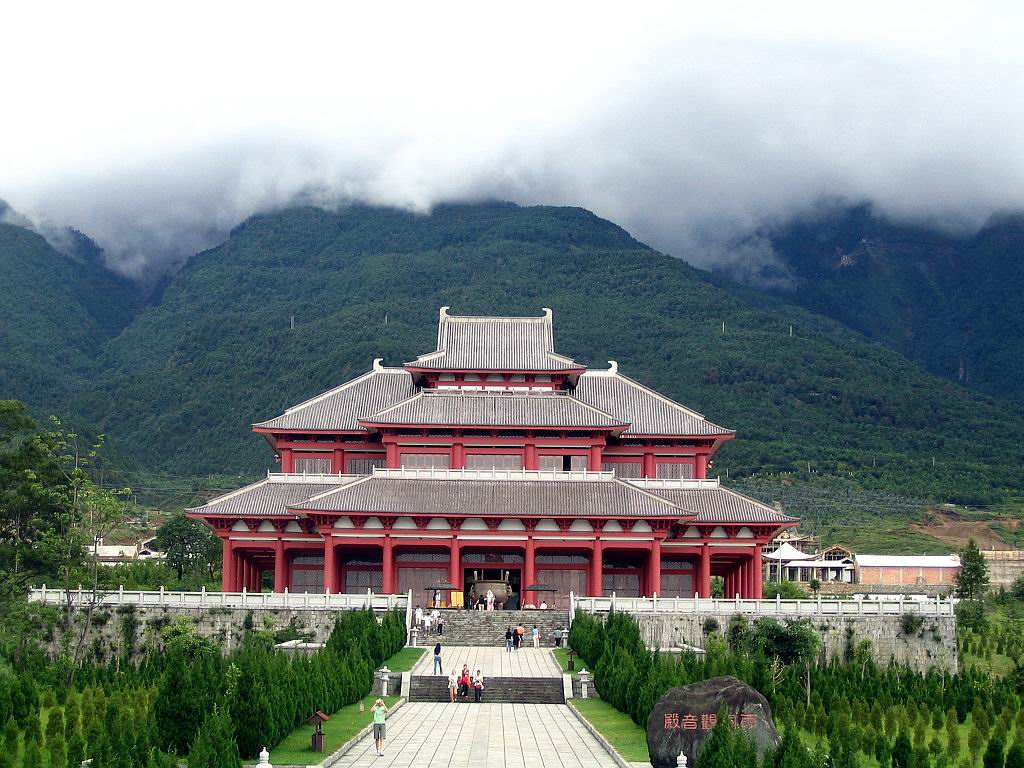 Besides the natural scenic spot, tourists are also treated with the many cultural heritage on the Cangshan Mountain, such as Inaction Temple, Three Pools in Qingbi Temple and Zhonghe Temple, which enable you to savor the long history of local Bai ethnic groups.

This mountain is just natural scenic spots for tourism and hiking. If you don't want to climb, you can also get to the top by taking cable cars or horses.

Spend half a day here, you will surely be fascinated by the great charm of this mountain.