Namche Barwa, rewarded as the most beautiful snow mountain of China, in the Tibetan carries several meanings, of which one goes as 'the burning thunder and lightning' and another 'the spear that shoots upright to the heaven'. The main peak of Namche Barwa is 7,782 meters high and famed as 'the father of icebergs'. The foot of the peak abounds with a host of hot springs and exuberant vegetation, which is an ideal resort for both leisure and exploration.

The 7,782 meters high Namche Barwa Peak is the highest in the Prefecture of Nyingchi and the 15th highest in the world. The 14 higher peaks are all above 8,000 meters; therefore Namche Barwa is the No. 1 in all the peaks below the latitude of 8,000 meters. Its colossal triangle body is covered with deep snow and mists all year around which makes people hard to see its real face, thus, it also wins the praise of ‘Paradise in the clouds’.

The best time to visit beautiful Namche Barwa is from October to the next April, because of its less rainfall, dry and sunny weather, and high visibility. Every February to April and October to November, the alternate periods of the dry and rainy seasons, are good for mountain climbing. The monsoon season of this area lasts a relatively long time, usually, from May to September, especially July to September, almost raining every day and with heavier clouds, make the peaks unseen and hidden in the mist almost all day. 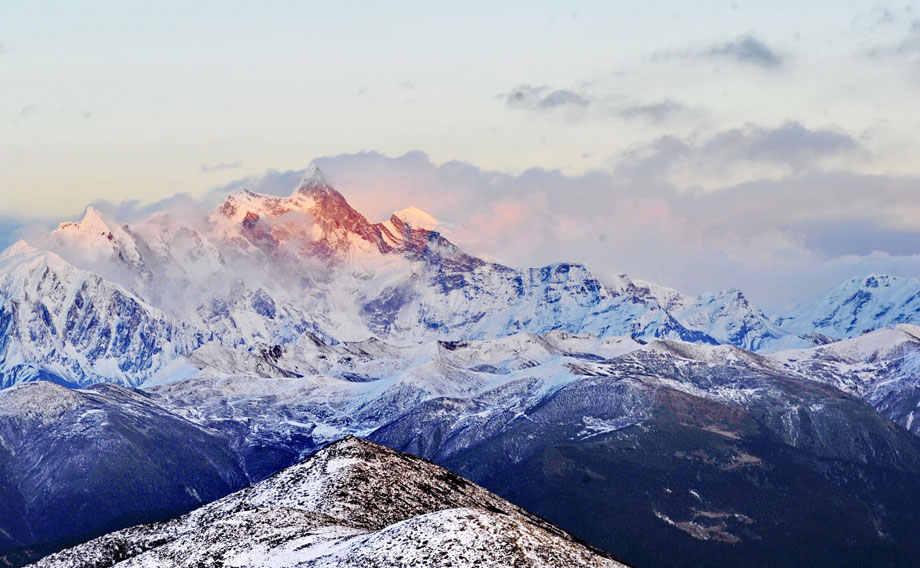 The best season to shoot Namche Barwa is Autumn, especially October and November with light clouds, gentle breeze, and shining sun. 4,728 meters high Sejila Mountain pass is an ideal spot to observe and photograph Namcha Barwa Peak afar. Peach blossoming here every Spring is another good time, shooting snow-capped peaks under the shadow of flowers is a favorite of many photographers.

Namche Barwa has a few meanings in Tibetan: one is 'the flaming thunderbolts' and another 'the lance that stabs straight to the sky' which is derived from the description of the chapter 'the Merlin Battle' of the Legend of King Gesar. These Tibetan meanings reveal the features of the peak: steep, dangerous and unconquerable. As a matter of fact, due to the complex plate formation and structure of the  Yarlung Tsangpo Canyon where the peak is located, earthquakes and snow slides have always haunted Namche Barwa. Consequently, it had been a 'virgin peak' that had never been conquered by human climbers for a long while, until 1992, the Sino-Japan Mountain Climbing Team conquered Namche Barwa.

The west slope of the peak is a bluff that goes down to the floor of the valley. A long mountain ridge, which consists of several peaks over 7,000 meters above the sea level, winds its way northwestwards. The whole ridge resembles a huge iron saw with its sharp teeth mantled with thick ice and snow. Between Namche Barwa and the Peak of Naipeng in the south, three colossal glaciers grow downwards and finally disappear in the lush green forest. The 7,234 meters high Lajiabailei Peak in the north, shaped like a horse saddle, is also permanently mantled with fog and snow. 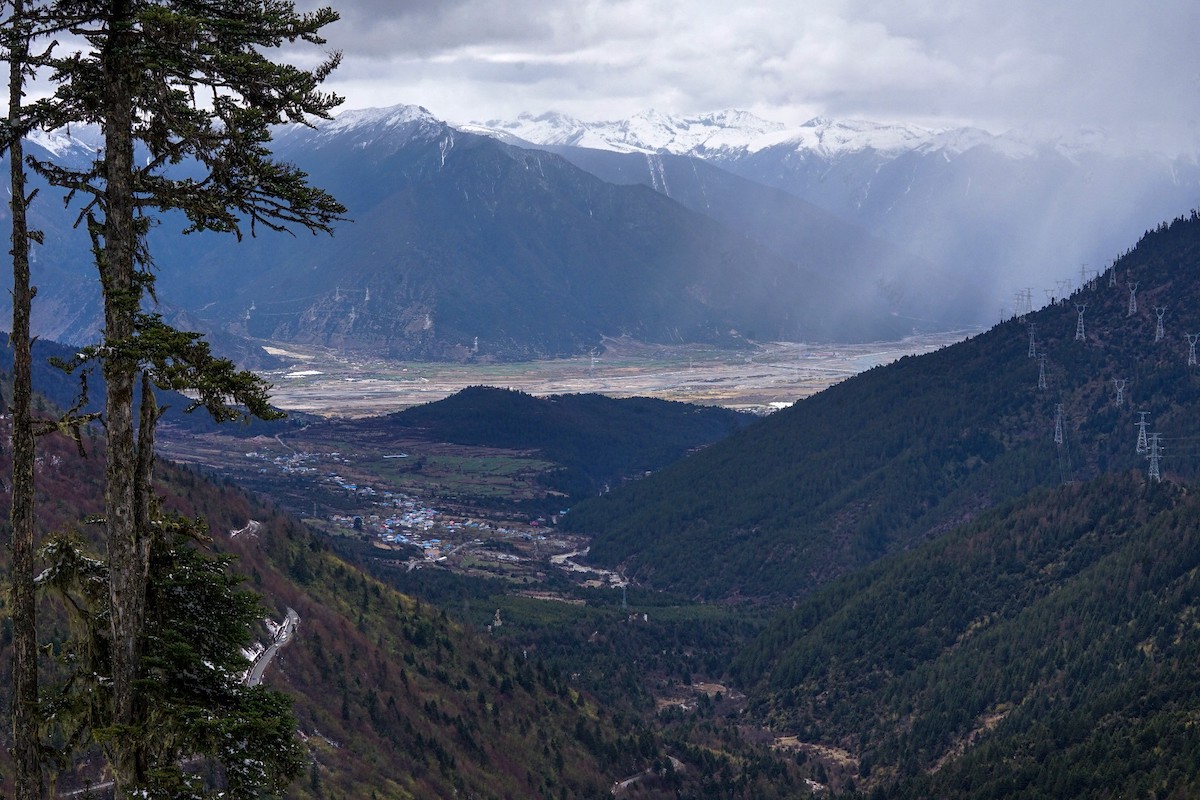 The snow land scenery on the peak top (7,782 meters above the sea level) and the tropical views can all be seen between Namche Barwa and Bacuoka of Motuo County (the distance between is only 200 kilometers). In this land one sees bananas and borneol growing in the tropical area; the camphor normally found in the subtropical area; cedar, azalea of the temperate zone as well as many unnamed plants seen merely in the Frigid Zone. In a word, you can never see such marvelous spectacles in other places than Tibet.

Viewed from afar the peak hides behind floating clouds; and observed closely it may scare away any climbers for its height of over 5, 000 meters. The locals often say that it is standing in the human world but hardly shows its true face to the human beings. The only difference between the peak and heaven is that Namche Barwa is a part of the mundane world.