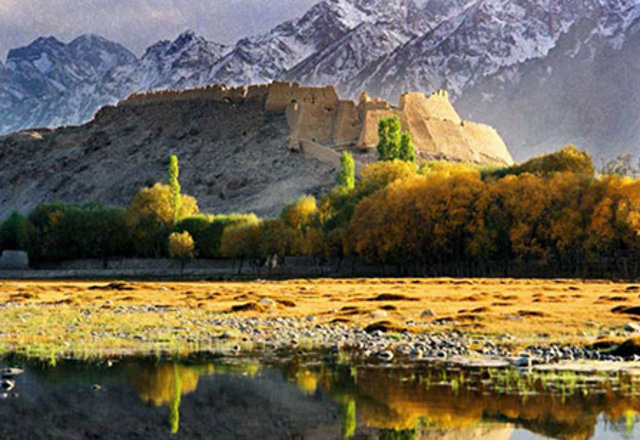 Standing at an elevation of 3,100 m. (10,170 ft.), it is famous as a historical heritage and ancient ruin along the ancient Silk Road.

The Kashgar Stone City was an ancient imperial city of Puli country in the western region of Han Dynasty.

During the Tang Dynasty, this country were unified by the government and administrative office were set up here. When it came to Yuan and Qing Dynasty, the government renovated this city but later it was abandoned, leaving only a historical ruin there as it is today.

Built on the high mound with stone and earth, the Kashgar Stone City is very unique and precipitous in its appearance. The remaining city wall can be as high as 6 m. (20 ft.), inside which there are fire places, ancient temples and people's remaining house.

It is said that once some historic treasures of Tang Dynasty such as the Sanskrit Manuscripts, pottery, Silk fabrics were unearthed here as a sign of its once glory. 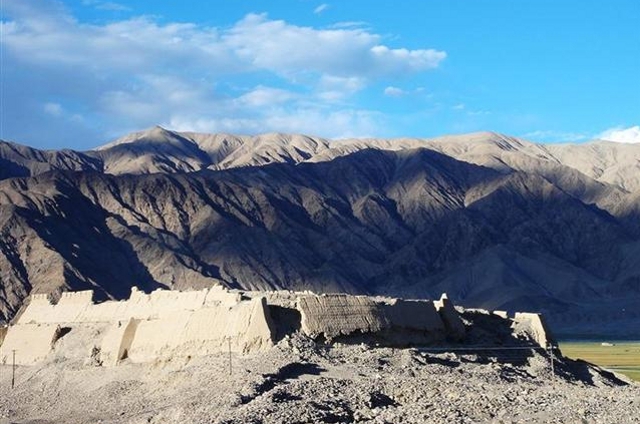 Many tourists come to the Kashgar Stone City today although most of the city is collapsed with only some parts of the city walls remaining.

Spend half a day here, you can not only enjoy the historical view of the ruined city but also savor the beautiful scenery of the surrounding snow mountain, grassland and even the local custom of the Tajik people.