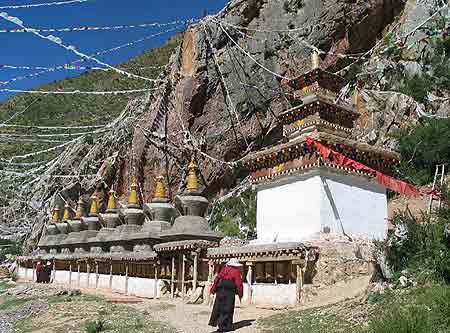 With reference to Princess Wencheng Templem, we may first think of a beautiful and kind princess called Wencheng in Tang Dynasty and this temple is built was built 1300 years ago in memory of her.

Located in the Yushu Tibetan Autonomous Region, Qinghai province, it is now regarded as a cultural heritage and historical relics under the protection of the government. It is also famous for its architectures of Tibetan style and historical meaning which attracted many tourists from home and abroad.

You may still be confused who is Princess Wencheng. Wencheng is born in the Tang Dynasty in the imperial families and made to marry to a the leader of Tubo Country (now: Tibet) called  Sontzen Gampo in order to gain peace between the two country.

On the way from Chang'an to Lhasa, they passed Yushu and lived there for some time. Wencheng had taught local Tibetan to read, farm and spin during that periods, which left long memories in the locals' mind. In order to remember her, the Princess Wencheng was set up and became a place to worship from then on. 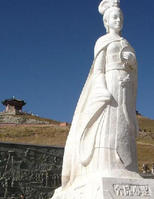 The most attractive thing about the Princess Wencheng Temple is the caved Buddha statues. When you enter the palace of the temple, your first sight will surely be caught by the 9 carved Buddha on the palisades and the main Buddha called Rulai Buddha in the middle.

Moreover, all kinds of murals are painted on the wall recording the good things Wencheng did to the local people. If you are interested in the arts, the temple will surely be one stop of your tour plan and you can't imagine how magical this workmanship unless you see it in your own eye. 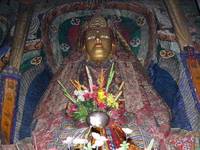 Nowadays the Princess Wencheng Temple is a place not only for worshiping but also a wonderland for tourism. You can come here at any time of this year and it is recommended that you come here by cars and the entrance fee is only 15 RMB (2.5 USD).

We recommend you to stay here for half a day and you can savor the great combination of artistic atmosphere and cultural heritage.

Chengdu
⇀ Chengdu
...
Chengdu ⇀ Bifengxia Panda Volunteering ⇀ Chengdu
4 days
∙ Private ∙
Family focused
Get up close and personal with China's national pandas by taking this four days tour at the Ya'an Bifengxia Panda Base. Spend more time to have a futher contact and understanding of these adorable pandas by joining in this volunteering work.
Add to shortlist
From ¥ 4,300
View tour >