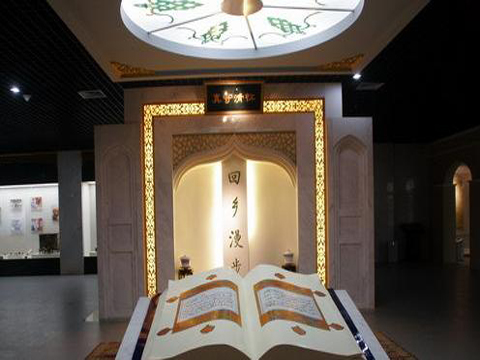 Read on WindhorseTour travel tips on its location, key attractions, ticket price, and beyond. The museum is located in Yinchuan, the capital of Ningxia Hui Autonomous Region.

The original museum was completed in 1973 and has a collection of more than 10,000 items including the cultural relics left behind from Western Xia Dynasty and Ningxia Revolution, and the folk artifacts of Hui minority.

The old museum is housed in Chengtian Temple with an area of 9060 sq.m. (97,521 sq. ft.) The exhibits are displayed in five major exhibition halls.

First, there is the Ningxia Historical Artifacts Exhibition Hall which shows the development of Ningxia and its kaleidoscopic culture in different historical period from primitive society to Ming and Qing Dynasty with 405 cultural relics.

Third, hand-made artifacts along with the miniature showing the culture and customs of Hui minority can be found in Ningxia Hui Minority Peoples' Customs Exhibition Hall.

Finally, a large number of ancient petroglyphs and rubbings along with colored pictures in the Exhibition Hall of Stone Rubbings from the Helan Mountains give visitors a vivid scene of the life and customs of early nomadic people. 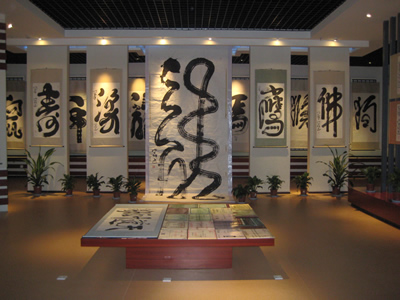 Nowadays, a new spectacular museum has been built to house the numerous valuable cultural relics. It is located on the east road of people's square in Jinfeng District and covers an area of 30,258 sq.m. (325,694 sq. ft.).

The whole building reaches a height of 24 m. (79 ft.) with one floor under the ground and three above the ground. The grand structure and its unique design making the museum the landmark of Ningxia.

Final travel tips for you: the museum opens free to the public from 8:00-18:00 every day except Monday.