Do you like adventure travel? Join in the trip to Mt. Kailash -- a once-in-a-lifetime experience. It is an adventure overland journey which will take you across the great Jangtang plain into the dry lands of far western Tibet. On the journey, you will see nomads living in low black tents and tending their sheep, goats and yaks. You wouldn't want to miss the wonderful natural scenic spots in Tibet including Mt. Kailash, Lake Manasarovar, and Yamdrok Lake. At the same time, you also have an opportunity to see and feel the local culture. You will be impressed by the pilgrims. Don't forget to take your cameras when you have decided for the trip to Mt. Kailash. There are many places on the way which are the best for photography.

Mt. Kailash, a sacred place, it is a peak mountain in the Kailas Range, which are part of the Transhimalaya in Tibet. Deep in the wilds of Western Tibet towers in its majesty, Mt. Kailash, sacred to four religions and a place of pilgrimage for centuries. In Hinduism, it is considered to be the abode of Lord Shiva and a place of eternal bliss. The mountain lies near Lake Manasarowar and Lake Rakshastal in Tibet. Pilgrims of several religions believe that circumambulating Mt. Kailash on foot is a holy ritual that will bring good fortune. Thousands of pilgrims throng to the mountain every year. They are not just Tibetans, but Hindus and Buddhists from India to Japan, joined by Western and Chinese travelers. You can see pilgrim bends down, kneel, prostrates full-length, rise to their knees, prays and then crawl forward on their hands and knees to the mark made by his fingers before repeating the process. 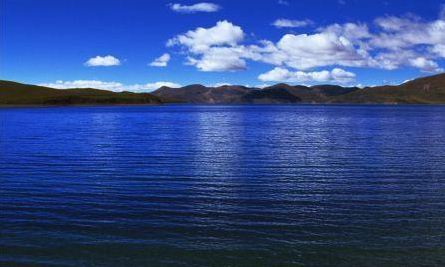 Lake Manasarovar, which is called "mother of the world's rivers" in classical Buddhist writings. It is one of the top natural scenic spots on your journey. It is the highest freshwater lake in the world, located at the foot of Mt. Kailash in Tibet. It is the holiest lake in Asia and an important pilgrimage destination for Hindus and Buddhists. The lake is famed for its exceptional beauty. Its color changes from a clear blue around the shores to a deep emerald green in the center; it looks positively magical in the moonlight. Lake Manasarovar is a place of pilgrimage, attracting lots of  religious people. It is believed that bathing in it and drinking its water can cleanse all sins. The journey around the lake is 103 km. (64 mi.) long and usually takes four days. Many travelers visiting the like take a 15 day Lake Manasarovar Overland Tour and opt to pitch a tent by the lake for a couple days instead, recuperating from the strenuous journey around Mt. Kailash.

Yamdrok Lake, one of the three largest sacred lakes in Tibet, is surrounded by many snow-capped mountains and is fed by numerous small streams. The lake is fan-shaped, spreading to the south but narrowing up to the north. The lake is revered as a talisman and is said to be part of the life-spirit of the Tibetan nation. Because it is said that Tibet will no longer be habitable if the water is dried up. When you get there, you will never miss the wonderful scenery. The lake, mysteriously hiding among the mountains, glitters under the sunny blue sky, as blue and shining as velvet. And the lake makes a wonderful scene by lingering its way through the green valleys and the fertile farming lands dotted by lovely little Tibetan farm houses.

You can check out these amazing Mount Kailash Tours: