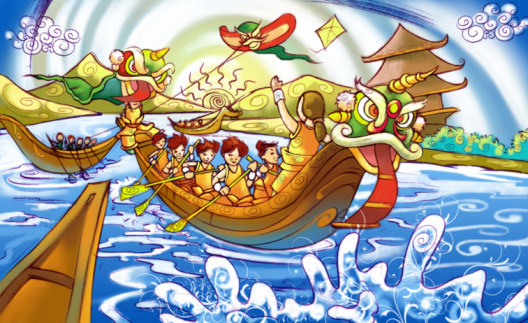 On the 5th day of the 5th lunar month, many Chinese cities commemorate the death of the great Chinese poet Qu Yuan with a tradition known as the Dragon Boat Festival. Like the recent Ching Ming Festival, on April 4th (Lunar: March 14th), the Dragon Boat Festival is a traditional Chinese festival. Although the festival originates from the south of China, Chengdu, a northwestern city, also hosts dragon boat races every year. This tradition has a richly textured history: 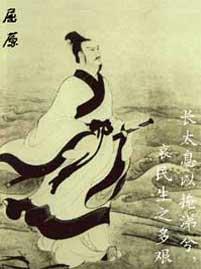 Recorded in the history book, Shi Ji: in the chapter about Qu Yuan:  Qu Yuan was a loyal official of the Chu State. Qu Yuan advocated for the people with great wisdom. He hoped that his country would become prosperous and build a powerful army. Qu Yuan intended to support his King to unite the Qi State and rebel against the powerful Qin State. Unfortunately, his intention was strongly opposed by Zi Lan, a nobleman. Qu was thrwarted by Zi Lan and others. They said Qu Yuan's vision was wrong. They believed that if the king followed his advice, the country would come to the brink of extinction. In the end, Qu Yuan was banished to the Yuan, Xiang River Valley - forever exiled from the Capital City. While in exile, Qu Yuan wrote several farsighted poems – Li Sao, Tian Wen, Jiu Ge. These poems made a deep impact on later generations of Chinese people. (Because of this, the Dragon Boat Festival is also known as the Poet Festival). In 278BC, the Qin army seized the Chu capital. Exiled, Qu Yuan's hands were tied. He couldn’t do anything for his country except lament its invasion. Brokenhearted and hopeless, Qu Yuan drowned himself in Miluo River by weighting himself down with a heavy stone. According to legend, Qu Yuan killed himself on the 5th day of the 5th lunar month in a river called 汨罗江(Mìluō jiāng) after completing his final poem called Huai Sha (Embracing the Sand), one of his most famous poems. 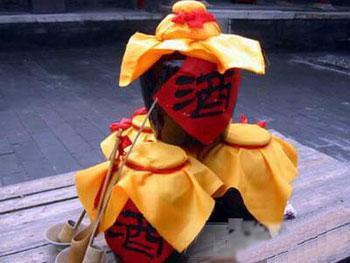 Legend has it that after Qu Yuan's death, the Chu people broke down in grief. They scoured the river for Qu Yuan's body. One fisherman is said to have dropped dumplings and eggs into the river. He reasoned that if the fish ate the dumplings and eggs they would become full, and thus wouldn't eat eat Qu Yuan’s body. The other Chu people followed his lead. One old doctor emptied a jar of realgar wine into the river to placate dragons and other monsters living in the river by getting them drunk on the wine. Still, others dropped dumplings wrapped in bamboo or reed leaves tied by colorful twine into the river in hopes of preserving Qu Yuan's body. This practice developed into today's Zongzi (a festival food) and the tradition of eating Zongzi during the Dragon Boat Festival. 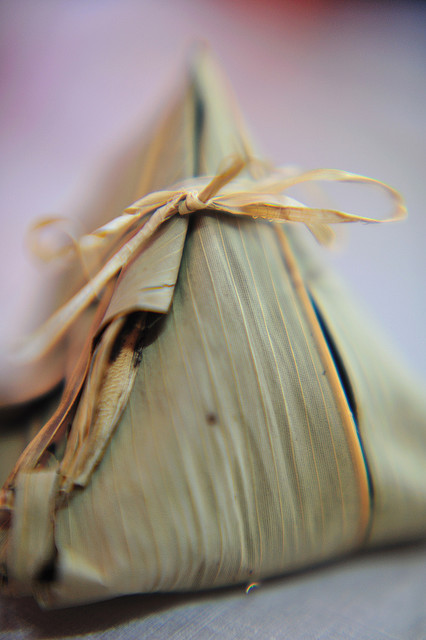 Zongzi is a pyramid-shaped dumpling made of rice wrapped in bamboo or reed leaves. Many families prepare their own Zongzi before the Dragon Boat Festival; often they gift friends and relatives with Zongzi. In villages in the countryside, families and neighbors often work together help to make Zongzi. The main ingredient is glutinous rice. Different recipes also include dates, jujube, meats, lotus, chestnuts and egg yolks. 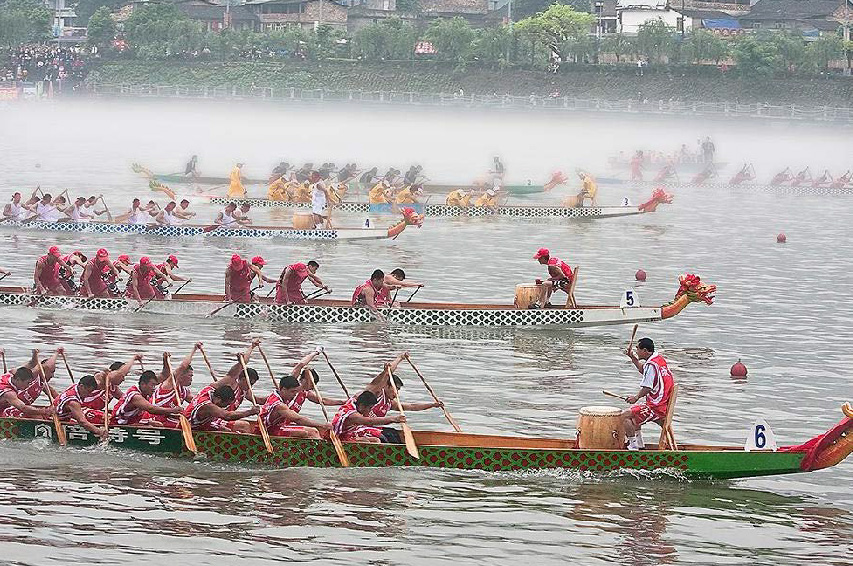 But the Dragon Boat races are the crown jewel event of the Dragon Boat Festival. Racing the Dragon boats is a tradition that also dates back to the death of Qu Yuan. By propelling their colorfully decorated boats along the water, the rowers are symbolizing the ancient people who once searched the river for Qu Yuan's body and made noises to frighten the fish away from eating Qu Yuan's body. Dragon Boat races are quite loud! Boatmen grunt, strain and splash to the row their boat faster than their competitors while the captain of the boat crew sits at the bow of a boat banging a drum to motivate his rowers and waving a flag to boost morale. The rowers' job is to keep the pace with their teammates by rowing in synch in order to win the race. 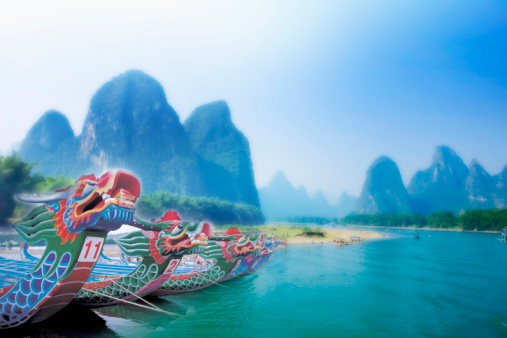 This exciting annual event is most popular in southern China where it originated, as there are many lakes and rivers in that region. But in Chengdu, Dragon Boat racing has only become an annual event in recent years. On Jun 7th (lunar 5th, May), 2019, Chengdu will hold the race again near the crossing of Qianxiang Street, Xinhua Avenue in Qingyang District. During the Dragon Boat races, Jintang County will also hold dragon dance performances, the Chengdu Dragon Boat Classic Speech Contest, local story sharing and Tai Chi performances. These activities make the Dragon Boat Festival a sparkling and traditional celebration you don't want to miss. You can reference these addresses on our map. This summer come to Chengdu during Dragon Boat Festival and see how the rowers keep their tradition alive and unite to reach the shore first!

3 most popular trekking tours in Tibet
6 top travel tips for a trip to Mount Emei
Top 10 places to visit in Tibet
Everything you need to know about traveling to Mt. Kailash
The Most Beautiful Lakes and Grasslands Along the Silk Road