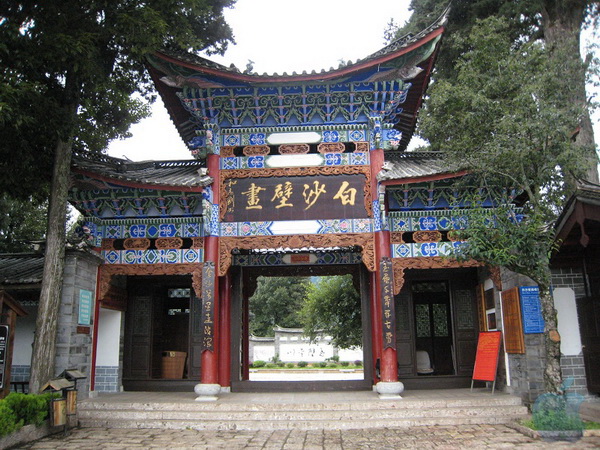 Baisha Murals is the most outstanding and typical murals in Lijiang City. It is a great combination of all kind of religious and artistic works.

It is famous for its characteristic murals and artistic value, being regarded as a national cultural heritage and historical relics.

Read travel tips on its location, history, ticket price and beyond. Baisha Murals is located in the old and beautiful Baisha Village 16 km. (10 mi.) from Old Town of Lijaing in Yunnan Province.

It Baisha Village is the earliest habitation and political Centre for the Naxi Nationality.

The history of the Baisha Murals can be dated back to Ming Dynasty (1368 - 1644 A.D.), when the mayor of the Lijiang City was going through his prime days.

In order to show the stable political situation and booming economy, he built lage scale of houses and palaces and nowadays there still remain some historical sites such as Baisha Crystal Palace, Dabaoji Palace and Dading Temple and and many murals are collected in these palaces left from that time.

There are in total 558 murals in Dabaoji Palace, bearing the most murals in Lijiang. Murals collected in the palace are precious relics which were made in the Ming Dynasty and all the murals have absorbed the culture and religion of Han, Tibetan and Nakhi people.

Every mural is of different styles and characters and is regarded as a convergence of all kinds of religions, which seem to be telling the appealing story of the Tibetan Buddhism, Taoism and Confucianism.

The subjects and themes involved in the Baisha murals are quite extensive such as birds, vegetation, insects, running horse, blooming lotus, forest and farmlands. 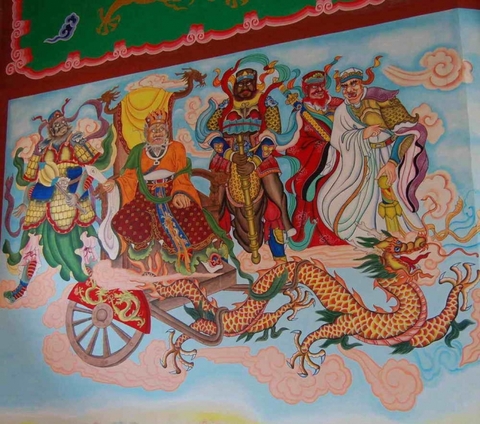 These murals can reveal personal outlook towards the world and exquisite workmanship of the painters, who would also blend their ideas of aesthetics into these religious figures.

Moreover, we can get a total understanding of social life of their days from the murals.

If you want to know something about the Nakhi culture, this attraction is your good choice.

The entrance fee is 30 RMB (5 USD) and we recommend you spend one to two hours here and you will sure enjoy yourself.

Lhasa
⇀ Lhasa
...
Lhasa ⇀ Tsedang ⇀ Lhasa
5 days
∙ Private ∙
Culture and Heritage
A popular and short sightseeing trip in Lhasa and around with drive to Tsedang the cradle of Tibetan civilization. Discover the mystery of Tibet's Buddhist culture as you visit the most revered sites of Samye Monastery and Yumbulakang Palace.
Add to shortlist
From US$ 463
View tour >