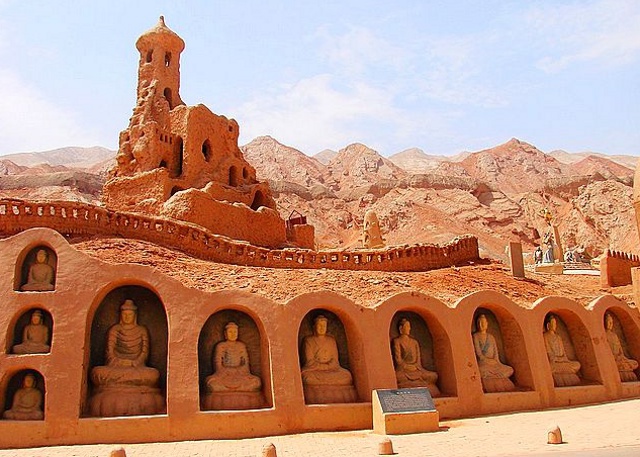 Bezeklik Thousand Buddha Caves is situated on the cliff in west of Murtuq in Turpan City, Xinjiang. It is 45 km. (28 mi.) away from the Flaming Mountains.

It is rated as boasting the largest number of caves and the most intricate and exquisite mural paintings in Xinjiang. This grand treasury vault of art was listed as the cultural site under national protection in 1982.

Bezeklik Thousand Buddha Caves was initially built in the Northern and Southern Dynasties (420 - 589) and went through 7,000 years of history afterwards.

It has become the center of Buddhism from that time on. Each one of the caves was built in a particular period of time witnessing the history of that period.

On the wall of the 20th cave were the portraits of the Gaochang emperor and empress. In the 33rd cave, there is a fresco reflecting a situation in which all the disciples of the Buddha giving their regards to him. 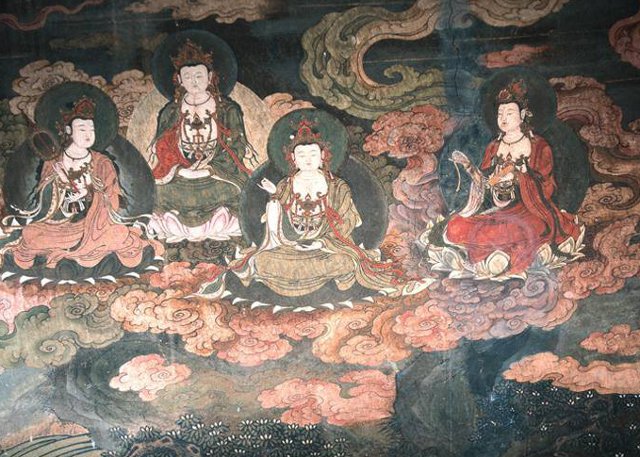 The mural painting of the 38th cave shows the life of the ancient Manichean people.

A visit there will give a wonderful experience of the ancient people's wisdom and their drawing skills.

Notice that taking photos while in the cave is not allowed. ​In addition, you will also have the chance to try the local speciality which they call "Lamian".

Being the best loved food of the locals, it's a kind of round-shaped noodles made by pulling the dough of quality flour.